Poisoning 150 school girls in Afghanistan’s capital Kabul can be construed as another act of discouraging families sending their daughters to schools. These organized threats can be related to other attempts of insurgents and Taliban who want to insecure the situations for girl’s education like burning schools or intimidating parents.

About a decade earlier, a million Afghan children may attend school, according to UNICEF. Today, more than 8.2 million children are going to schools. “To see these girls walking to school, delighted to be learning and spending time together in the classroom, writing their own names for the first time, reading their first words -- I felt hope for the future," Murphy said. "Not in a naive way but with the realization that if it's working here, it can work other places, too." (Retrieved May 5th, from CNN) Despite the violence against school grils  has dominated news headlines recently, reports say that a great deal of progress has been made. The huge increase in the number of students is a promising sign that shows Afghans are determent to go ahead. We didn't have girls educated in 2001, but now we have 3 million girls in schools.

But there are numerous problems facing these motivated students. “There are 400 rural districts. In 200 of them, there are no female teachers or girls' schools," Roehrs said. "When I am talking to parents, they are favorable to girls' education. But the schools and teachers need to be close and safe." It is said that one way to encourage families let their daughters go school is having more female teachers.

The Next problem is early marriage, the legal age for marriage is 16 in Afghanistan, but there have been many reports about girls being forced to marry well before that. Murphy and her production crew met a 12-year-old student named Khudija whose marriage had been arranged by her brother, the oldest man in her family.

The U.N survey states violence against women has been insistent in Afghanistan because of women's low status and the country's long exposure to hostilities and conflict. Many factors, including poverty, local tradition and the effects of war cause gender discrimination. But female students still have high aspirations. In a recent Oxfam survey (PDF), more than 70% of the girls interviewed said they want to continue their education. 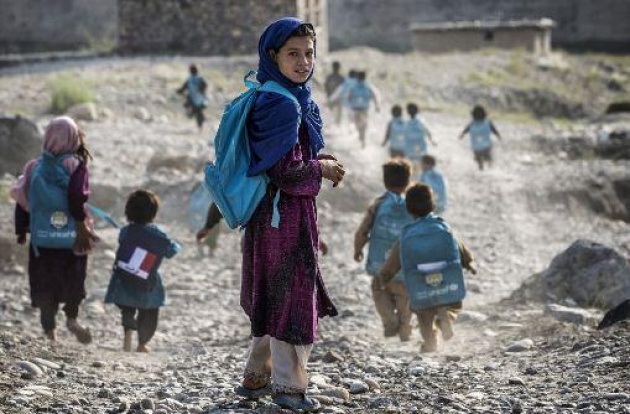