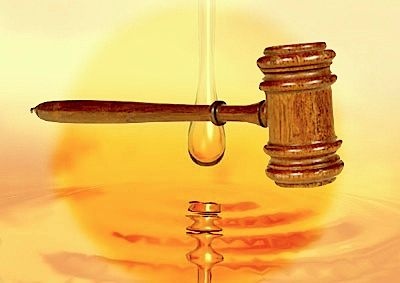 If you elect to live in ignorance you have elected fear.

May I explain? You do not fear what you know as the truth. You fear what you do not know; therefore suspect and insinuate to be so or so. People who refuse knowledge refuse peace, which we all must pursue at all cost. The one who has no peace cannot create peace.

"Seek peace and pursue it" (the Bible NT 1Peter 3:11). One does not need to be religious to glean wisdom from the Bible. The result often is that anything sensational captives such people like these: the mark of the beast is already here; a tracking chip is inserted in people's arms in the US, those with Alzheimer's. Then allegedly, Obama said to an UN official that by 2016 America will become Muslim, etc. Yes the chip is already being used. What will you do about it? Are you prepared? If Obama planned to make America Muslim by 2016 then he's done a very poor of it so far.

But those who hate this (mongrel) will do anything to twist anything he says, stomp him in any way they can, like Boehner and his crew. Boehner, (in German Bühner), is suing Obama for taking presidential executive powers too far.

Now, if you look from above on all this, not from indoctrination or any party's political view; you will see clear facts.

For 6 years Congress (Republicans hold the majority) blocked all new initiatives. It starts to look like conspiracy, but not so much Republicans vs. the Democrats, but specifically against the President.  The train has not been moving at all. Now that the train is moving, despite Boehner's hard work to block the president, he wants to sue the president. Setting a precedent, amassing too much power; Boehner's words. It was Theodore Roosevelt who used his executive powers for doing something good.

NOTE: The stature and influence that the office has today began to develop with TR. Throughout the second half of the 1800s, Congress had been the most powerful branch of government. And although the presidency began to amass more power during the 1880s, Roosevelt completed the transition to a strong, effective executive. He made the President, rather than the political parties or Congress, the center of American politics. Roosevelt did this through the force of his personality and through aggressive executive action. He thought that the President had the right to use any and all powers unless they were specifically denied to him. President Roosevelt also expanded the reach of the federal government in conservation. He signed laws establishing five national parks, and broadened executive power by signing the Antiquities Act in 1906. This law gave the president the power to proclaim historic landmarks, structures, and other objects of historic or scientific interest as national monuments. He interpreted this law broadly, and by the end of his term had reserved eighteen areas in this manner, including a large part of the Grand Canyon, Devil’s Tower in Wyoming, and the Petrified Forest in Arizona. Later presidents claimed 105 areas under the Antiquities Act, forty-nine of which remain so designated today.

MANY PEOPLE DOUBT THEIR INTELLIGENCE BECAUSE THEY WERE PUT DOWN WHEN THEY WERE GROWING UP; EVEN BY THEIR OWN. AS A RESULT OF THIS LOW SELF-ESTEEM THEY REFUSE TO RISE. RESULT: FEAR OF THE UNKNOWN AND ANY SENSATIONAL WIND OF DOCTRINE SWEEPS THEM OFF THEIR FEET.