The word dhikr means remembrance and in the Islamic context, it is used in the sense of remembrance of Allah.

Allah tells us in the Quran:

Prophet (peace be upon him) also told us:

“He who remembers his Lord and he who does not are like the living and the dead.” (Bukhari & Muslim)

Dhikr is an all-embracing term that, in addition to including the ritual acts of worship, covers an array of activities of the tongue and heart. It involves thinking of and making mention of Allah at all times and in every area of our lives. This is the worship that has no special time, but is performed constantly so that it permanently links up man’s life with Allah and His service.

The importance of constant dhikr cannot be emphasized enough, particularly if we desire to be on the receiving end of Allah’s attention, Grace and Mercy.

Allah tells us in the Quran:

Our Prophet (peace be upon him) told us that Allah has said:

“I am with My servant when he remembers Me and his lips move making mention of Me.” (Bukhari) Our Prophet (saw) also said: “A man does nothing more calculated to rescue him from Allah’s punishment than making mention of Allah.” (Tirmidhi and Ibn Majah)

Ablution is not a prerequisite for dhikr and dhikr can be pronounced with the tongue or done silently. However, when one is saying it, one must not do it with a careless and inattentive heart and try to be conscious of what one is saying.

Dhikr is not only to remember and mention Allah when one is on one’s own but also when one is amongst people i.e. in assemblies. Our Prophet (peace be upon him) told us that that Allah said:

Our Prophet (peace be upon him) also said: “People will not sit remembering Allah without the angels surrounding them, mercy covering them, peace descending on them and Allah mentioning them among those who are with them.” (Muslim)

Gatherings where people assemble to learn and teach religion and to remember Him are greatly encouraged and valued in Islam. Allah has angels who go about seeking those who remember Allah. Our Prophet (peace be upon him) said:

Even when people come together for social purposes, it is important to remember Allah in some way. Our Prophet (peace be upon him) said:

“People who arise from an assembly in which they do not remember Allah will be just as if they had got up from an ass’s corpse and it will be a cause of grief to them.” (Abu Dawud).

May Allah make us of those who remember Allah much. (Ameen) 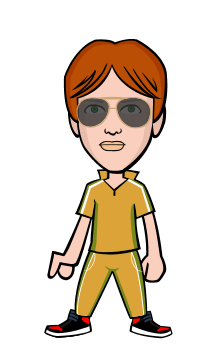 Opportunity to generate a massive income

Hi All, To day i am going to share with you an amazing matrix plateform that enables us to earn a pa…

The Concept Of Excavations And Barriers

Excavations The term excavations includes the digging of trenches, earthworks, tunnels and shafts. …

THE OBJECTIVE OF FIRST AID 1) To save life. 2) To prevent further injury. 3) Tor preserve vitality …

THE SIGNIFICANCE OF DHIKR MORNING AND EVENING

Dhikr - What is it? DHIKR is the remembrance of Allah. Every time we think of Allah, do Salaah, rec…