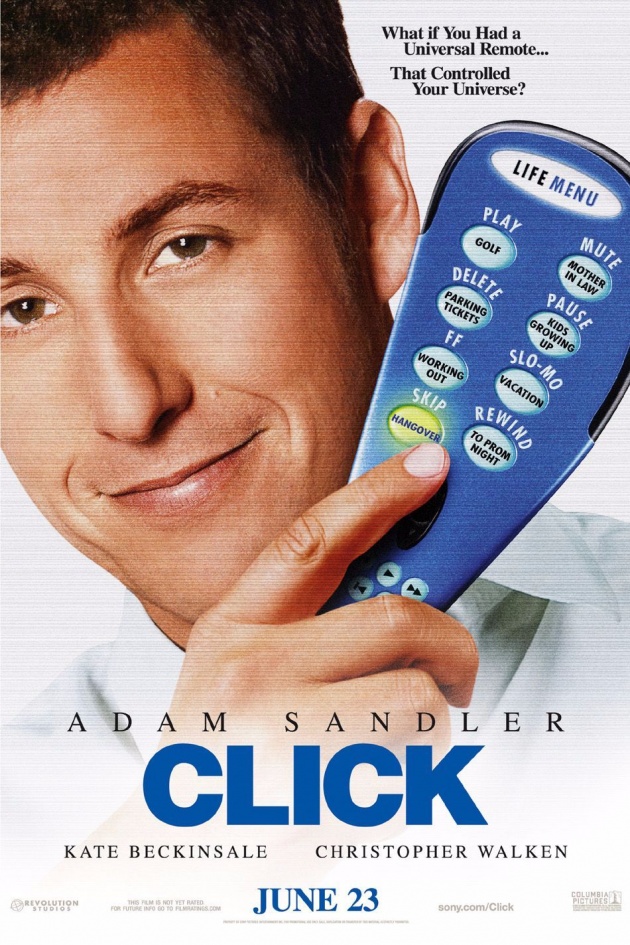 Hi Everyone! Hello bitLanders! and Hello People! I'm back After a long weeks of 'STUDY FIRST' Mindset, I'm here to be back on the track. I miss being there ^_^ I miss you all guys! Hope to have a lot of time to spend here :>

For my first blog after a long time of not doing one, I'm here to reminisce some movies that I've been miss. Movies that I have watched long time ago and the impact to me are still the same as before, it's like watching the movie again for the first time. So first on the List is.. 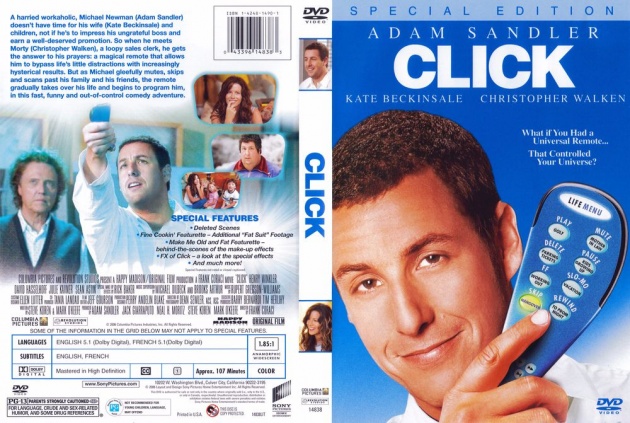 I have 3 words for the movie, Live, Work and Love. Everything matters in life, The Happiest moment and even the dull one. Each moment has a big appreciation to us one day in the future for us and for other people, Well in this movie they'll going to teach you the basic component of life which is to breath, Kinda sounds weird right? Well, Join me as I explore this deep thought that the movie has.

but first! I know almost everyone of you had already watched the film way back years ago, but for some people who don't know, The Movie story is all about...

Adam Sandler plays an overworked architect who neglects his family. When he acquires a universal remote that enables him to "fast forward" through unpleasant or outright dull parts of his life. 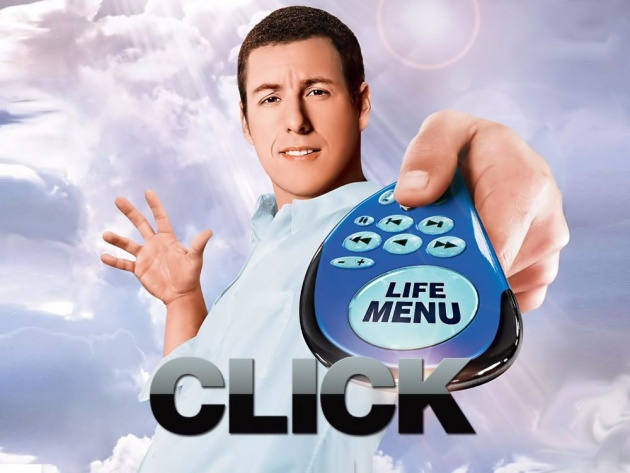 He soon learns that those seemingly bad moments that he skips over contained valuable time with his family and important life lessons. Throughout the story, a man named Morty explains how the remote works and issues warnings.

For you to know, I really love movies that will gave us the lessons that we seems to forget in the long way run of our life. The lessons that should be keep within in our hearts and mind for us to be a better person and someone's family in this present and future times. 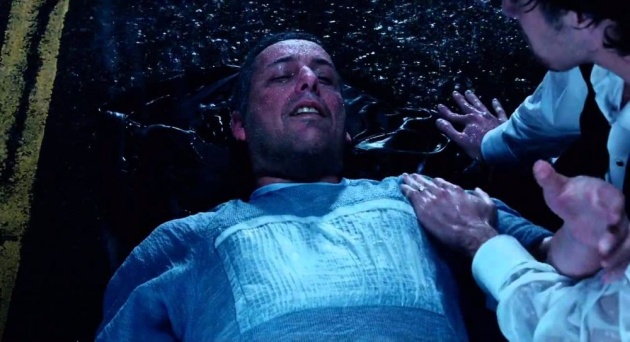 This scene made me cry for almost a hundred times. Whenever I watched the whole film, I just found myself crying and being emotional by this family scene.

Do you still remember?

In the Movie, when Adam/Michael was in need to buy a remote control which can manipulates and control everything in BEDBATH and BEYOND Shopping Outlet. But you know what's the funny thing about it? Michael have searched for a universal remote control in that store which normally would not be there because the store's name says it all (but of course who I am kidding, the BEYOND is it, or WAY BEYOND) 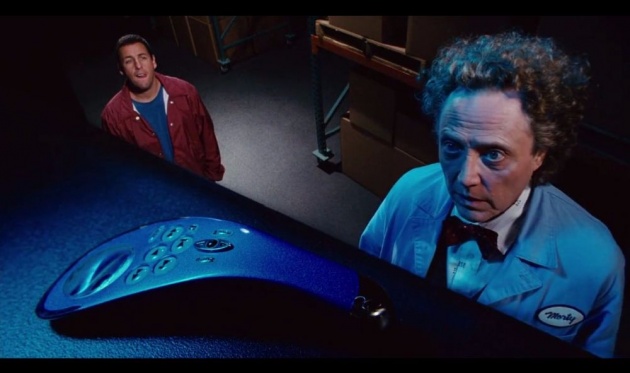 Image Source: Movie Scenes in Click / Screencap by Me

Or the moment when he was on the current agony phase of his life where in His Boss didn't promote him and his family is having a financial problem, So of course because of the presence of the Universal Remote Control, He wishes to skip time through when he is already promoted which apparently took a year to happen. 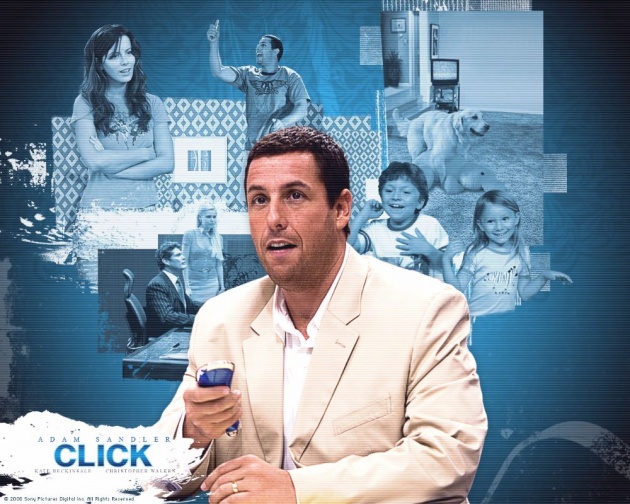 WHAT WILL YOU DO

IF YOU HAVE GIVEN THE CHANCE?

What will you do if you have given the chance to have the Universal remote control that Michael had? Would you use it to appreciate the things around you like using the pause button, backward and never the forward? or use it as what Michael used it?

if you chose to do the first one, Well You can never promise yourself that you won't use the Fast forward. Even right now that you are living your life and then you're still curious in what or how would be your life would turn a months/year from now. 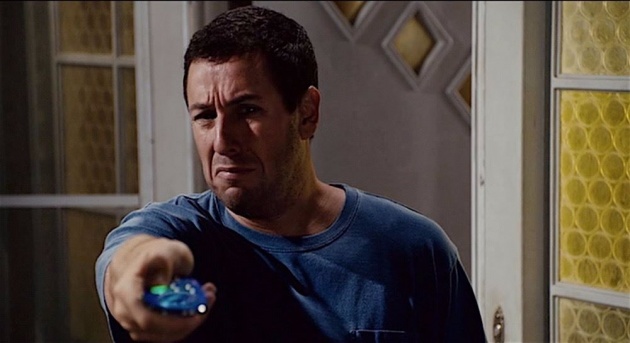 Better not to choose having it, never take the chance. You may say that you'll give it a try but when you spoiled yourself you'll end up stocked with your own evil self.

So why bother asking? Let's be real and think about this for some time.. 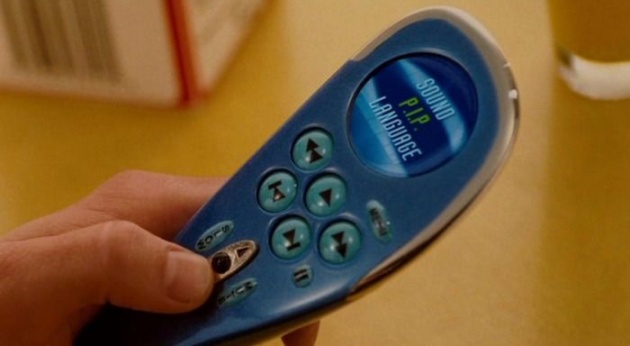 The Real Universal Remote Control is YOURSELF

You waste all the time that had given to you by HIM and you intend to jump on conclusions in everything you do, and that's how you make your life like a Movie that is only viewed through the Good times and not the Bad times. 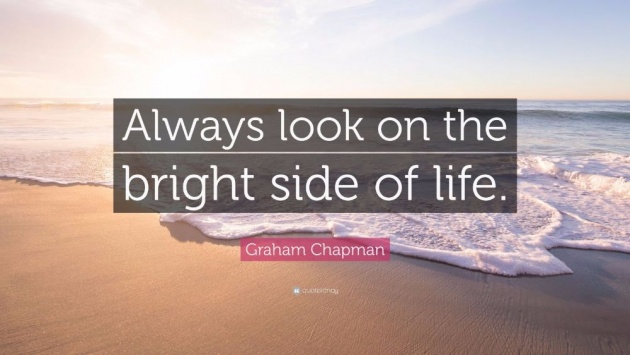 but If you won't take those consequences that the bad sides gave, life would be much more different for you. Life would be useless and Life would certainly be like a movie which has a remote control running on it.

Actually, the real moral is to spend less time worrying about work, and more time with your friends and family

I love the movie because of it's Family affection against work, but basically he fell to his work. Michael realized that what matters the most in life is spending it with your Family. Yes he rises to his profession but he loses his Family in a way that they had someone (not him) to be their Father Figure. 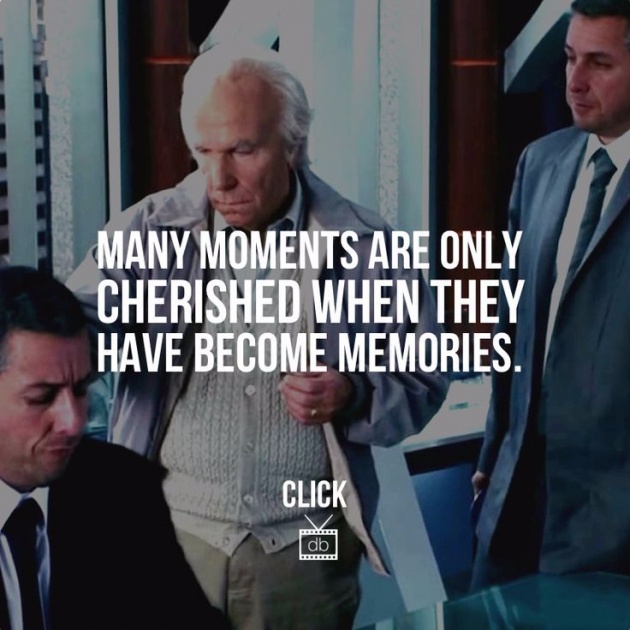 The video below is one of the saddest scene in the Movie, It made me really cry,

Watch it and tell me what you'd feel about it

Donna Newman: Will you still love me in the morning?

Michael Newman: Forever and ever, babe

How I spend my first bitLanders' earnings

Hi folks! Today, Im going to share to all of you, the things I did with my first ever cash out here …

As a student who is just taking her 2 months vacation before welcoming another year of education, ha…