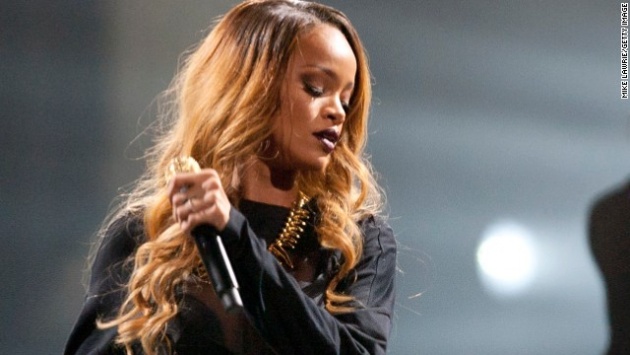 The singer behind hits such as "Disturbia" and "SOS" tweeted a photo of herself wearing a hat emblazoned with P6, short for Principle 6. The campaign speaks out against Russia's anti-gay propaganda law as the nation hosts the Winter Olympics.

In subsequent tweets, she posted links to other articles highlighting the issue.

Equality group All Out tweeted the singer back.

"Whoah. Thank you @rihanna for standing up for #P6 and equality at the Olympics!" the group posted.

Russia has faced criticism for its policies involving homosexuality leading up to the Olympics in Sochi.

In June, its parliament passed a law that makes it illegal to tell children about gay equality. The international community has widely criticized the law as archaic and discriminatory.

Russian President Vladimir Putin has said Russia, unlike some other countries, does not criminalize homosexual relationships.

"We don't outlaw anything and don't nab anyone," Putin said last month. "That's why you can feel safe and free here, but please leave our children in peace."