The previous episode - The Beginning of the Father’s Journey

By 1904, he had made a fortune. That year his father or the grandfather in the story passes away.  He could have kept the whole of his father’s estate. But he divided it up amongst his siblings without even two blinks to an eye. He was a man with the future always on his mind, but more importantly a fair and caring individual who understood about human emotions, and morals. In 1912, this man gets married and eventually he and his wife go on to have seven children, one the basis of and inspiration for this story.

All grown up today and with his own family he remembers standing in his father’s Beirut office one summer as a boy in the early 1930’s.  How full of people the room was with all the different nationalities freely conversing. His father attracted all types of people coming to deposit their bags of gold including prime ministers. Even merchants and farmers would stop by, but he will never forget what he felt and learned from seeing all these men. They were engaged so vividly some smoking water pipes others just trying to talk to his dad. In fact, many would come by without any business to conduct at all and that is what intrigued him. He explains the differences to me between relationships back then as opposed to present and how nowadays people do not even have time to say “good morning." He believes that the quality of people’s lives will improve if they do not rush. I also take something else from what he said, and it reminds me a little about my childhood, one without cell phones or the Internet. Of course back then was simpler but as a kid I had every one of my friends numbers memorized as compared to today when I do not have one. Technology and the Internet changed and influenced a lot including how people communicate with one another. Nowadays wherever I go I see texting, texting and more texting; we are glued to our phones like clothes to our bodies. We cannot turn back or stop and we can all agree that it will only get worse. Having kids will always be the same but what is changing is our ability to communicate in normal situations. But what is normal, is this the new normal? In fact looking back even a few months ago I had an employer email me back for an interview via Video chat.

When the British arrived in 1917 the father was happy because of all the corruption going on especially with the Turks who supposedly could only be dealt with by bribery. The father learned this the hard way almost resulting in death. A “license to steal” so to speak, the Turks kept everything to themselves after they sent Istanbul its cut of what they stole and extorted from the people. Before they fled Baghdad they went around killing important bankers and merchants. When his father’s name was on the list, a Turkish captain got paid off. Sometimes life is not pretty but you live to see another day. However, the ones who were not so lucky were taken to the Tigris River, had rocks tied around their necks and eventually died from drowning.

The fact that he was a very cautious banker with much liquidity was a strength his father owned. However, a group called the Black Hand Society in 1927 began to extort money from wealthy proprietors and bankers; wherever the money was. No, they were not connected to any mob, it was only a money and greed thing and the Black Hand Society went after it. This group caused a nervous father whom without brothers decided to flee to Beirut and eventually the rest of his family followed. In fact, that was the last time this son would spend time in Baghdad and has yet to return to the city of his birth. His father accomplished and conquered many projects in his life including creating the first and largest private branch banking system in the Arab world.

Later this week we will attack how business was conducted back then as opposed to today titled "Good from bad". This past winter was undeniably awful! With that in mind I am going out to enjoy this beautiful Friday night with weather finally in the 70’s, see you all next week. 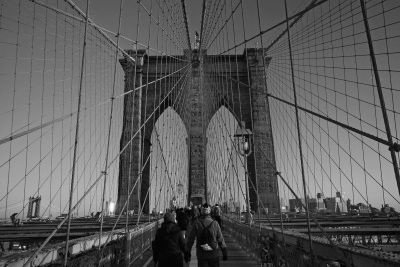