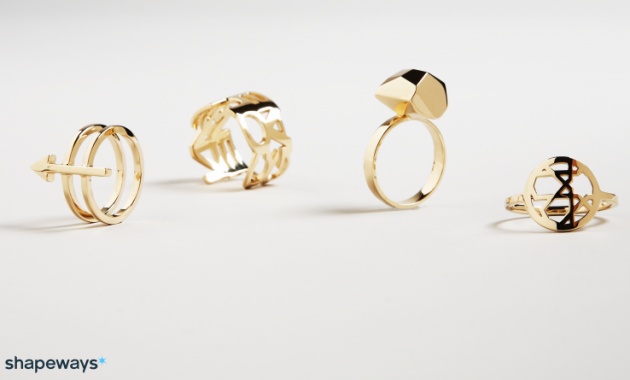 Here’s how Shapeways works: After users sign up, they can create an online store to sell their own (or commission a designer to make) 3D designs, à la Etsy. However, the main difference is that Shapeways will handle the actual printing and shipping of the item.

These products aren’t the same kinds that you are 3D printing with you desktop MakerBot. The company uses multiple advanced 3D printing techniques which allows them to print with more than 20 types of plastics and metals, including Gold, Steel, and full color plastic. This allows designers to sell 3D items ranging from plastic phone stands to a gold ring, all in one shop.

Since the company launched 7 years ago they have printed a total of 2.5 million products, with 150,000 new designed uploaded monthly to the site.

Recently, the company announced a partnership with Adam Savage of MythBusters and DJI Drones, which will help the company create an ecosystem for 3D-printed drone parts.

This funding follows a similar $30 million series C round from about two years ago, which was used to grow the team and build new factories to allow for more local production of products. Shapeways noted in a blog post that this new capital will be used to invest in the community and to work on new features and materials for its printing platform.

10 Breakthrough Technologies that are Changing the World

Image Credits:https://www.technologyreview.com Our life without technology is impossible to imagine.…

Are Fully-Distributed Cell Phone Networks Just Around the Corner?