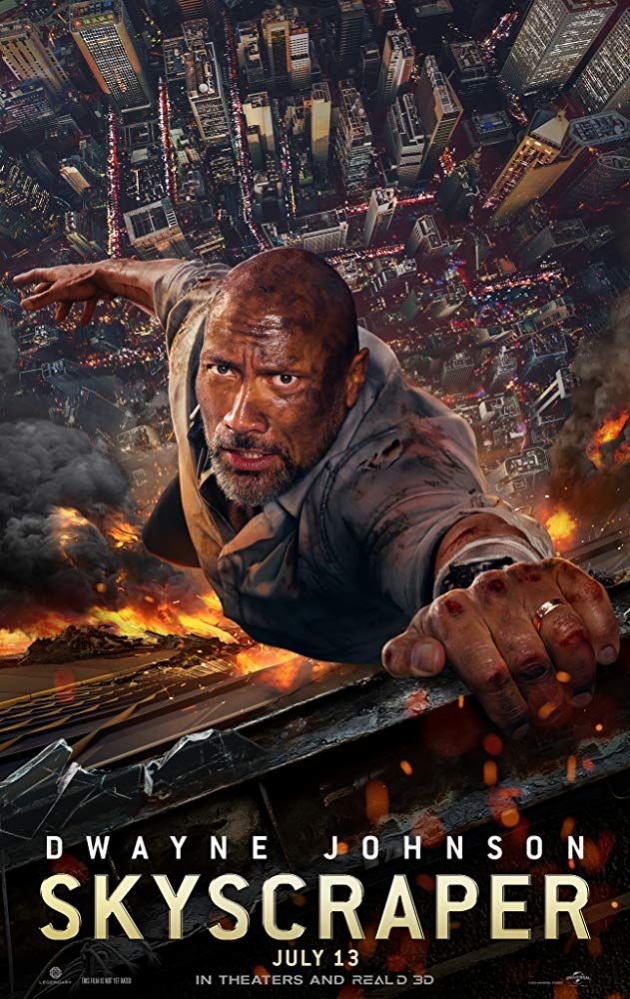 Finally, I got to see the movie Skyscrape: it was all I expected. I was entertained. It was a great movie and it kept me mostly at the edge of my seat like it shouldn’t end but like everything good it did. It was fun though and once again Dwayne Johnson didn’t disappoint.

Note: these are some of the reasons why I enjoyed the movie so

Have you seen Skyscraper already? Be it a Yes or No, I’m sure you would love to watch the movie if you haven’t or watch it again if you have. For starters, I could begin with the fact that Dwayne Johnson AKA The Rockis a great actor and I love watching his movies. Therefore, Skyscraper is not some cat saved from a tree kind of movie, it runs deeper than that! 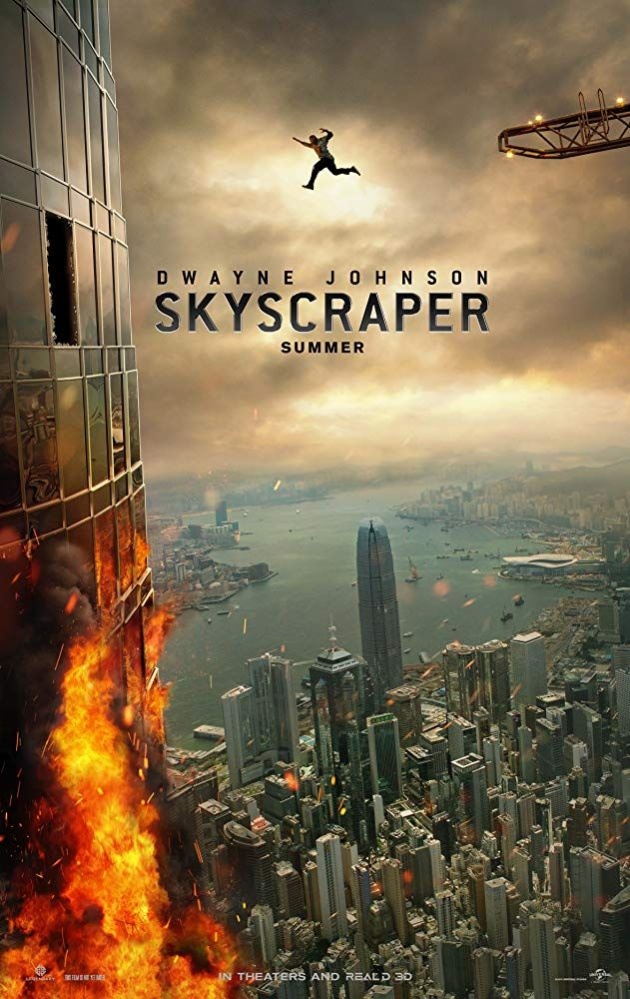 People do ridiculous things for the money, for fame or for numerous other reasons. But in Skyscraper, Will Sawyer did it for his family. What will a man not do for his family? When the family faces the risk of been burnt alive, held at gunpoint by a group of terrorist in a 240 story building, nothing will stop anyone and here it’s an ex-FBI agent (the more fun right?) from rescuing his family. This may seem another walk in the park terrorist movie like one will expect the terrorists making a show about killing hostages or holding high ranking officials hostage while making a spectacle of it. but far be that thought. For those who are yet to see it, that should make you want to see it even more! 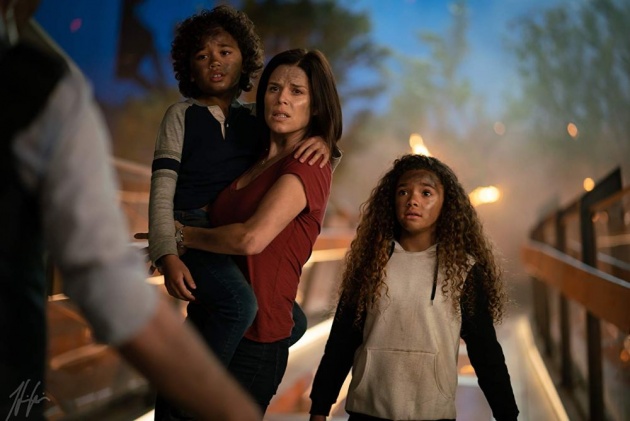 The first image above provides us with a glimpse of the struggles Will Sawyer character will have to undergo to see that his family is out of harm’s way.  This is an eye-rolling action-packed movie, where every single minute counts for the survival of a family.

The Director and Skyscraper

Rawson Marshall Thurber  an American director, actor and screenwriter. Rawson Marshall made it big as a screenwriter after being an assistant to John August who has about a dozen nominations in different movie categories. Its’ no wonder skyscraper became a great movie to piece. 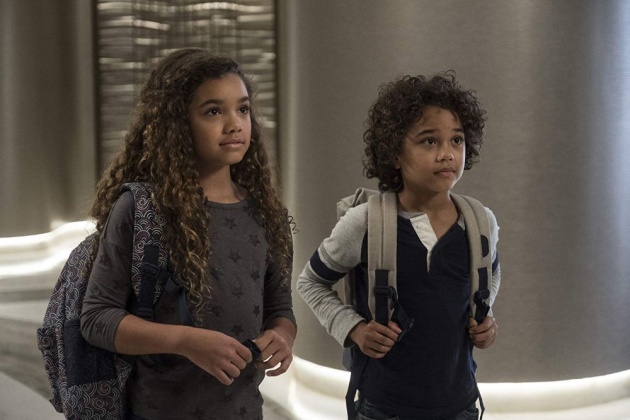 How often do you desire to watch movies that can increase your adrenaline? Rawson Marshall Thurber intentions with Skyscraper was to give us the rush we desire, a feeling of what we will do if our families were the ones in the exact same position.

This is a complete turn of events from his iconic movies like  EASY A or Dodgeball: A True Underdog Story  In a typical setting of terrorism and a burning 240 story building with no exit or external help.  The chances of survival keep dwindling over the passage of time.

The movie settings may seem mainstream of a heist, survival and rescue but considering the nature of the main actor’s physical challenge (he was handicap), I say it’s a change from the normal heist movies. It is about a father-family-one-man-rescue-mission. A perfect fit for Dwayne Johnson, although a complete twist from the Fast and Furious Franchise

This is the main idea of the movie Skyscraper, a father struggling to keep his family from been burnt alive or caught up in the crossfire as victims of an international organized crime.

During a hostage situation in Minnesota, Will Sawyer an FBI agent and his team were sent in to diffuse the situation. The situation became sore when the perpetrator, a deranged father  detonates a vest bomb killing himself and his family as well as most of the team members of Will. Will Sawyer survived the bomb explosion by losing a leg from the knee downwards but fell in love with the surgeon Sarah.

Ten years later, Will as an amputee with a prosthetic limb was invited to work in Hong Kong as a security consultant by his former FBI teammate and friend Ben and as a happily married man, he decided to go with his family ie Sarah and the twins Henry  and Georgia. The twists began when Ben came by the house and pick Will to seal the deal of his working for the owner of the tallest building in the world called the Pearl.

In the Pearl, Will and Ben met with Zhao Long Ji and Mr Pierce , but unfortunately for Will, it was a set up from the word go by his friend and former teammate. The plan was to retrieve the Tablet in Will possession that allows access to every path of the building.

Ben’s conspiracy was shattered when he discovered that the tablet was not where it was supposed to be and to further add insult to injury he finds out that Will’s family were in the building and the 96th floor was on fire. This, therefore is how the race against time for Will began to save his family and also infiltrate the Pearl again. To get back to his family inside the Pearl, Will Sawyer would have to battle the police and a life-threatening jump back into the building. Its truly a must watch!

The most surprising thing about Skyscraper is that it is predictable in a suspense fill kind of way. The director was capable of manipulating the scenes to keep the audience on the edge without predicting the outcome of some scenes. 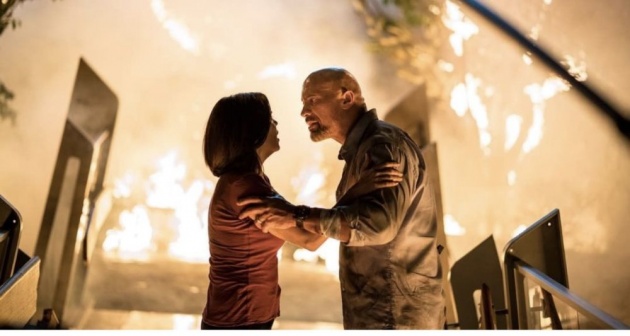 It is obvious that I can’t do a better job in this case of directing skyscraper, nor writing it. But, its a movie that has almost the same storyline as Die Hard and The Towering Inferno, or should I say a mixture of both.

True, while watching skyscraper, I enjoyed the action, the stunts and the fact that the actor was a  limping one-legged man.  These, however, gives you the insight of the ingenuity of the writer and director to execute and perfect every scene to keep the audience entertained.

On the other hand, there are little parts with humour, thus making the movie a tight conversational movie with more meanings and necessities to every scene. I would say in the world of tall buildings, fire, family and bad guys. Even a handicap man with the life of his family at stake would devise any means possible without waiting for any superhero.

The Collective Works of the Actor

There are basically two parts to this movie, the rescue mission and the fire incident. The building is been robbed and set ablaze to be seen as a common fire outbreak. 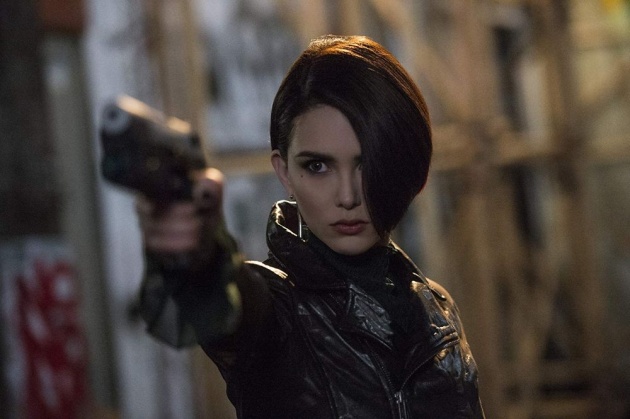 The movie was centred on the fire incident, and the will of Will Sawyer to rescue his family in a land where he does not understand the language nor the people of whom were not willing to let him explain his actions.

The role was an excellently played by a truly iconic actor! He was really handpicked for this role. To think that he could play a  geek so well was more than impressive. These days I wonder why the geeks always get the sexy ladies.

Skyscraper is among the best movies I have watched in 2018. Although it has some canny resemblance to movies of old, it is straightforward and almost predictable, I do believe that it really portrayed the message it was originally designed for.