So Long Dennis Farina, Thanks for the Memories! 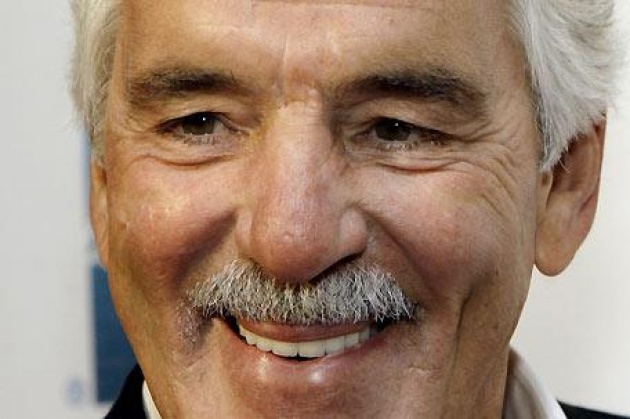 The Chicago native and former police office has suffered a blood clut in his lung and has died at 69 in Arizona according to his publicist.

The Chicago Tribune was saying that the actor was an 18-year veteran of the Chicago Police Department who moonlighted in Chicago theater productions and in small movie roles.  He's best known as detective Joe Fontana on the long-running NBC TV series, "Law & Order."  Some of the films where he gave memorable performances were "Midnight Run," "Saving Private Ryan, "Get Shorty," and "Snatch."

Farina is survived by his three sons, six grandchildren, and his 35 years sweetheart, Marianne Cahill.

Farina began his work in show business working for director Michael Mann as a police consultant, which subsequently led to an interest in acting when Mann cast him in a small role in the 1981 film Thief. Farina proceeded to moonlight as an actor in the Chicago theater scene before Mann chose him for his Crime Story series. Farina played the mobster Albert Lombard in Michael Mann's other television show, Miami Vice.

Two of his most well-known movie characters are Jimmy Serrano, the mob boss from Midnight Run, and Ray "Bones" Barboni, a rival criminal of Chili Palmer's in Get Shorty. He also played FBI Agent Jack Crawford in the first Hannibal Lecter crime film, Michael Mann'sManhunter.

Other movies in Farina's filmography include Steven Spielberg's Saving Private Ryan (as Army Lieutenant Colonel Walter Anderson), Striking Distance, Another Stakeout, Little Big League, Snatch, The Mod Squad, Big Trouble and Out of Sight. He co-starred with Bette Midler in the romantic comedy That Old Feeling.

Farina demonstrated quite a flair for comedy. He won an American Comedy Award for his performance in Get Shorty and starred in a television sitcom, In-Laws, from 2002-03. He had a comic role opposite Ed Harris and Helen Hunt in the HBO production of Empire Falls in 2005 and opposite Alan Rickman in 2008's Bottle Shock.

The producers of the long-running television series Law & Order hired Farina as Det. Joe Fontana after the retirement of Jerry Orbach's character Lennie Briscoe. Farina stayed with the show for two years, but his character was not as popular with viewers as Orbach's Lennie Briscoe had been. As a result, in May 2006, it was announced that Farina was leavingLaw & Order to pursue other projects, including 2007's You Kill Me opposite Ben Kingsley and 2008's What Happens in Vegas with Cameron Diaz and Ashton Kutcher.

His role of Detective Lt. Mike Torello on Crime Story was as a Chicago police officer, who was later seconded to the U.S. Justice Department. Farina's Law & Order character, Joe Fontana, worked for Chicago Homicide before his transfer to the NYPD. As is common on Law & Order, Fontana shared a number of other characteristics with the actor who played him: they hailed from the same Chicago neighborhood, attended the same parochial school, and had the same tastes in both clothes and music.

In October 2008, Farina became the new host of Unsolved Mysteries when it returned to television with a new five-season, 175-episode run on Spike TV. Farina replaced Robert Stack, who had hosted the series for its entire original 15-year run before his death in 2003. The series would include re-edited segments from previous incarnations on NBC, CBS, and Lifetime (all originally hosted by Stack) as well as several new original stories.[3]

Farina played the title role in a 2011 independent film, The Last Rites of Joe May, written and directed by Joe Maggio, shot on location in Chicago.

He co-starred in the 2012 HBO horse-race gambling series Luck, with Dustin Hoffman, directed by Michael Mann. He also had a recurring guest role in 2013 in the television comedy series New Girl.