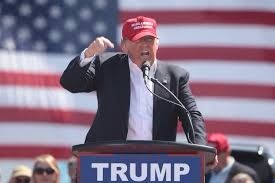 In a blog posted on January 4, 2017 called “What challenges will communicators Face in 2017” in Alex of Arabia’s blog page, Alex adroitly articulated what 2017 has in store for us. For example, he mentioned that that politician’s use of social media has greatly impacted the value of brands. To support this, Alex referenced a tweet by the United States president elect, Donald Trump, which criticized the frugality of the F-35 program, and idenitified this tweet as one of the reason why the stock of boeing, the producer of the F-35, has dropped in value. I believe Alex, accurately stated the there needs to be an increase in responsibility social media user, for they have a large impact with the words they write, and the power to manipulate a company’s value off of a social media post is quite strong. While social media has made a great change, I also believe it’s worth mentioning that Politicians have always had an impact on brand values. Whether it’s a picture of Ronald Regean eating McDonalds on air force one or your local politician kissing a babies forehead at the pizza shop downtown, politicians have and will always find ways to interact with companies and their brands. Social media, however, gives the people a chance to respond to this interaction. The response, for example, might be a comment, like, or a re-tweet. Off the responses the politician can gauge how the people receive his message. This is the true revolutionary concept social media brings. Communicators on both sides of the spectrum, politicians and companies, will be forced to communicate effectively. Today, every word counts a lot more than it used to. I think 2017 will be a year of accountability of actions via the influence of social media. While it is true that many people may say things that sound irrational, whatever is done, if extreme enough, will go viral and the public will know.

Alex also mentioned that one should expect a rise in fake news. While it may be true that social media has increased the amount of fake news and increased the expediency that it can travel, social media has also made it possible for important current events to make its way to the people that need to read it much more quickly. One example of this is the Black Lives Matter (BLM) movement. Police brutality and abuses of authority on minorities has been a pressing for a long time. Even, the Black Panthers, back in 1960s, placed police brutality as pressing issue they demanded should be changed in their 10 point program-their mission statement. However, the BLM movement was only able to get underway in 2015/2016 because social media has shown many instances of police brutality, which has gone viral. Collectively, social media portrays the issues as ubiquitous. Is it possible that fake news can be collateral for a increase in connectivity? Could fake news be the cost for what we need to know?

Secondly, I believe a valid question is whether the believability of fake news has gone up or down. As Alex pointed out in Macedonia Fake news has been circulating like wildfire. Might it be possible that the public will develop a tolerance to fake news? How many times can fake news fool the same demographic? Eventually fake news will become a norm a the general public will develop a more keen ability to decipher what they believe as real.

Ultimately, Social media itself is not good or bad; it is merely a reflection of human nature on with more expedient time table. What was once communicated in the daily periodical can now be posted in a tweet. Messages, essentially, fall with in the same lines in terms of content; however, the medium of receiving the message has changed. Alex is right when he references America’s president elect as an example of the power social media has, for he is also very dexterous with this ability to do such in this new medium.  In a more optimistic light, social media might help unite us as a people, after the initial plagues have passed and social media users can decipher the reality from what is false. There is a lot more to look up to, for 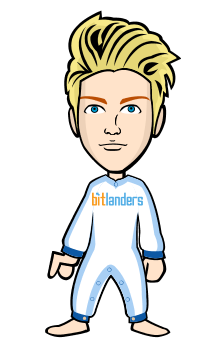