South Africa’s Department of Environmental Affairs (DEA) has formally acknowledged the receipt of an open letter that voices concerns over a possible proposal to reopen international trade in rhino horn.

Rhinos are in decline from high rates of poaching for their horns. Six percent of South Africa’s rhinos (more than 1,200 individuals) were poached last year, and 2015 has seen an 18 percent increase in poaching.

The letter was posted on the DEA website on June 19, alongside other stakeholders’ submissions, and will be considered by a 22-member Committee of Inquiry (CoI). The CoI is currently deliberating on trade and will make its recommendation to the DEA by September.

As of July 2013, the DEA has been looking into the viability of a proposal by South Africa to legalize commercial international trade in rhino horn. The CoI was appointed in February of this year amid controversy over the selected membership of the panel.

Two members of the PROA are set to take the South African government to court, in a case recently postponed until September, in an effort to lift the national moratorium on rhino horn trade, put in place in June 2008 to tackle loopholes in trophy hunting.

South Africa’s proposal to lift the international ban on rhino horn trade would be voted on at the 17th Conference of the Parties (CoP17) of the Convention on International Trade in Endangered Species of Wild Fauna and Flora (CITES), to be held in Johannesburg next year from September 24 to October 5.

“For the proposal to pass, it would require at least 66 percent of the 181 parties to CITES to vote yes,” says Will Travers, CEO of the Born Free Foundation.

Travers is one of the letter’s 33 signatories, who include scientists, economists, activists, and journalists from South Africa, Kenya, Chile, Tanzania, India, Mexico, the U.S., and the U.K.

Another is Professor Cristian Bonacic, a Chilean scientist and member of the SSC IUCN South American Camelid Specialist Group, who warns about the dangers of paralleling trade in rhino horn with trade in vicuña fiber, heralded recently in a report upholding trade in wildlife as the ultimate solution coauthored by a member of the CoI.

“The comparison ignores the setbacks that the sustainable use program in vicuña is experiencing,” Bonacic says. “Increasing poaching is one of them,” as detailed in a recent IUCN report and news article from June 21.

Another letter signatory, Professor Phyllis Lee, of Stirling University and the Amboseli Trust for Elephants, says, “The risks of failure for rhinos are just too great. Sustainable exploitation of large mobile mammals has yet to be proven over the long term. There is no long term for rhinos. The trade debate is distracting us from the main problem—keeping rhinos from toppling over the cliff-edge to extinction.”

All rhinoceros species are threatened by poaching, loss of natural habitats, and other anthropogenic pressures.

The poaching crisis is a matter of national and international concern, and decisions made in South Africa will have global repercussions on biodiversity, security of countries and countrysides, livelihoods in rural areas and economies at broader scales.

We offer the following for consideration by the Committee of Inquiry.

1. We recognize that:
i. Rhinos have evolved over many millions of years to play a unique and irreplaceable role within ecosystems.
ii. Rhinos are the targets of organized wildlife criminals across their range, particularly in South Africa and Namibia and Zimbabwe. These criminal syndicates are heightening local and international insecurity, creating corruption, threatening livelihoods and destroying valuable national and global icons of ecological and social significance.
iii. The drivers of the current problem are economic growth and demand for rhino and elephant body parts in China and Vietnam. Increased poaching might also be due to increased criminal activity that ‘invests’ in the potential future value of products.
iv. South Africa is committed to securing the perpetuation of rhino populations.
v. Existing efforts to reduce the poaching of rhinos in South Africa are falling short, and record rates of killings have been documented since 2007. Efforts need to be enhanced to match the organized criminal threat with intelligence-led targeting of priority criminals and their networks, enhanced investigations including but not limited to financial investigations and national and international cooperation.
vi. There is a human cost in terms of lives lost and put at risk daily in the front line against poaching.
vii. South Africa is considering, as a potential solution to the rhino poaching crisis, a legalised international trade in rhino horn.
viii. A process of inquiry has been initiated by the South African government, including stakeholder dialogue meetings.

2. We are deeply concerned that:
i. While there has been a process of dialogue, this process has not fully considered crucial information or taken into account the expertise of international, relevant stakeholders.
ii. Our analyses, some of which have been presented at a series of meetings in Cape Town (May 2015), have exposed flawed assumptions, lack of evidence, and the absence of a full, open discussion on the potential efficacy of a trade mechanism as a means of reducing poaching.
iii. A decision to propose trade by South Africa at CoP17 (to be hosted in Cape Town) will almost certainly increase current as well as future rhino poaching risk.
iv. Any trade – or even a proposal to trade – in southern white rhino horn will have negative consequences for other, less common rhino species, subspecies, and populations, including the black rhino populations still extant in other parts of Africa, and all Asian rhino species. In Africa, the western black rhino was declared extinct in recent years, and the northern white rhino now stands at only 5 individuals. In Asia, the Javan rhino is the most threatened at an estimated 35 individuals remaining.
v. Expansion of sustainable use programs including trade should not be an option when a species is declining or under unprecedented poaching pressure.
vi. To initiate trade in a declining species that is already 1) the target of organized criminal cartels, 2) trophy-hunted, 3) sold as live specimens, and 4) expected to attract wildlife watching tourism, might add yet another further “use” and therefore pressure on a single taxon.
vii. There are serious regulatory and ethical implications for organizations and governments who actively promote the international trade in a product that has no proven medicinal benefits, but which is sold to people suffering from acute and chronic illnesses.
viii. Existing international and national legal provisions prohibiting international trade in rhino horn already make it impracticable for South Africa to find a legitimate trading partner. A proposal by South Africa for legalizing trade in rhino horn would undermine the enforcement of trade bans and demand reduction efforts in China and Vietnam. A proposal that fails to receive the support of the Parties, due to unsound justification, could result in reputational damage to South Africa.

3. We propose that the Committee consider the following before making its recommendation to the DEA:
i. The lack of a full, scientific, and peer-reviewed evaluation of 1) the existing market structures involved in the rhino horn trade; 2) the dynamic supply-and-demand processes by which market prices for rhino horn are formed; and 3) the probability (on which trade proposals are based) that a legal supply could – on anything beyond the very short term – undercut current prices and outcompete criminal syndicates that currently control the entire supply chain.
ii. The financial and opportunity costs of setting up and managing a legal, regulated trade.
iii. The potentially flawed assumption that revenue generated from a legal trade in rhino horn would necessarily deliver significant community and species conservation benefits, given the governance challenges associated with ensuring and sustaining its appropriate distribution.
iv. The almost certain detrimental impact that such a trade would have on efforts to reduce demand and to make the purchase of rhino horn socially unacceptable.
v. The risk that trade would detract funding and attention from the underlying issues, which we believe to be criminality and demand. As such, we believe the real solutions are elimination of demand and working to strengthen law enforcement and successful prosecution of poachers, middlemen and end-traders. The organized criminal networks and military groups involved in wildlife product supply chains destabilize governments and have a huge human cost in rural areas and amongst enforcement personnel.
vi. The high likelihood that de-stigmatization of horn ownership would awaken significant demand currently dampened by social stigma or legality status.
vii. The increased risk of extinction of the rare and endangered rhino species if poaching escalates including as a result of illegal horn being laundered into a legal trade; taking such a risk on the unsupported, hypothetical benefits of an opened trade runs counter to the precautionary principle. 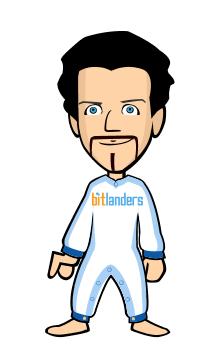