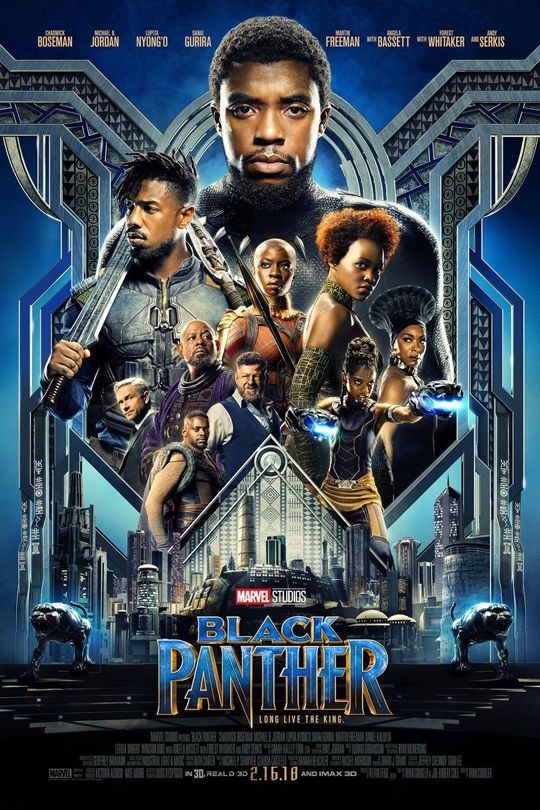 After watching Black Panther, I realize, we are surviving, we may not really be living, but surviving in an enclosed space. Africa land of the free and home of the survivals, we are survivals! Wakanda may have been a fictional state in Africa, but the possibility of such a state existing should not be ruled out.

But as an African, I can shout…

Although the movie was much anticipated and it’s a success, I do believe it appeals to many people all over the world. The movie Black Panther was very influential, that even the old folks in Nigeria, do want to go to cinemas, that’s the first of its’ kind 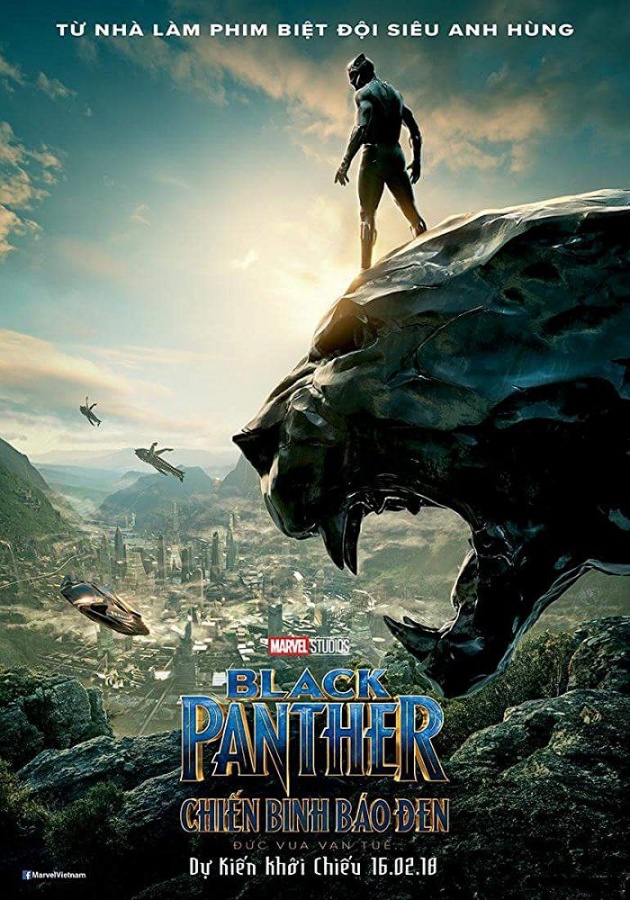 Black Panther created a mental illusion of a more advanced nation somewhere in Africa called Wakanda, with great technology incomparable to any nation of the world!

Africa has been started on several occasion, “The dark continent" because the mysteries and savagery that is expected in the interiors, but it turns out, Africa is blessed with the strongest metal in the universe called Vabranium. This metal is found the Dark Continent.

The movie focuses on the metal Vabranium, found in abundance in Wakanda, with this metal, they build weapons, hover-bikes, advanced aircraft, amazing Black Panther suit with vast capabilities. The Vabranium has brought Wakanda great technological advancement the world is yet to see. 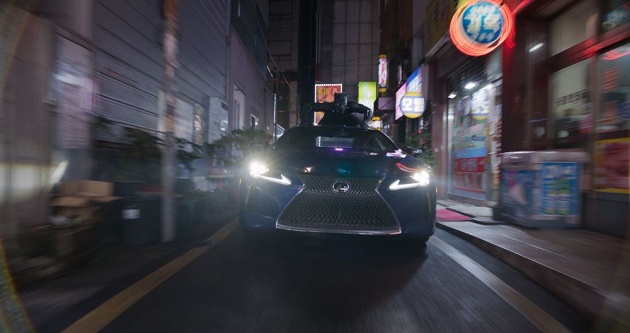 T’Chaka was killed in “Captain America, Civil war” the mantle of kingship passed to T’Challa.

“The Black Panther has been a protector of Wakanda for generations. A mantle passed from warrior to warrior. Now because your friend murdered my father, I also wear the mantle of king. So I ask you, as both warrior and king, how long do you think you can keep your friend safe from me?” T’Challa

Meanwhile, T’Chaka had an unfinished business with Klaue who stole Vabranium from Wakanda, T’Challa is now saddled with the responsibility of bringing Klaue to justices.

"klaue has escaped our pursuits for almost 30 years" T’challa

The young king failed to bring Klaue to justice only to discover his father T’Chaka killed his own younger brother Prince N’jobu and left his nephew to the streets. The nephew grew up and made a name for himself Killmonger. Killmonger has always desired to return home, to be crown king and avenge the death of his father and 2 billion other black folks all over the world.

He finally got the chance to challenge T’Challa in ritual combat as the rightful king and Black Panther T’Chaka was defeated by KillMonger became the Black Panther, but he had a different plan, the plan of world domination by making Vabranium weapons available to Wakanda's spies over the world.

The defeated “ T’Challa ended up in the hands of M’Baku "The Great Gorilla", half dead. With the heart-shaped herb, a herb passed to the First Black Panther by the Goddesse Bast. The heart-shaped herb can restore, strength, agility, healing powers give knowledge from past kings to any person that takes it.

Killmonger and T’Challa had a rerun of their epic fight at the bottom train tracks, this time, T’Challa used Vabranium spear to defeat Killmonger

The last words of killmonger were definitively interesting

“why? So you can lock me up? Nah. ,bury me in the ocean, with my ancestors who jumped from ships. Cause they knew death was better than bondage” Killmonger

Before we can proceed, I think Marvel deserves an applaud from the world, because of good cinematography of  Black Panther and other movies. These are why

THE VISUAL EFFECTS OF BLACK PANTHER

Wow! If you have not watched black panther, you are really missing out on a good movie, because the visual effects are jaw-dropping, the cinematography is awesome and will leave you confused between reality and good graphics. 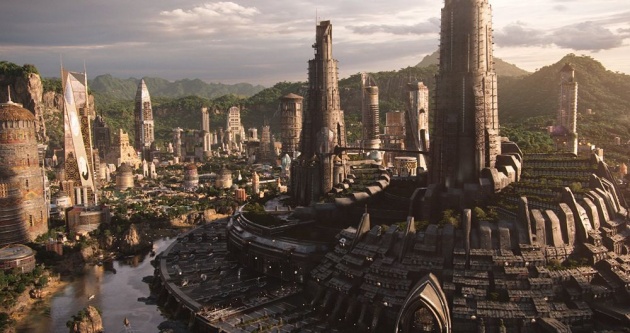 THE GIRL POWER IN BLACK PANTHER 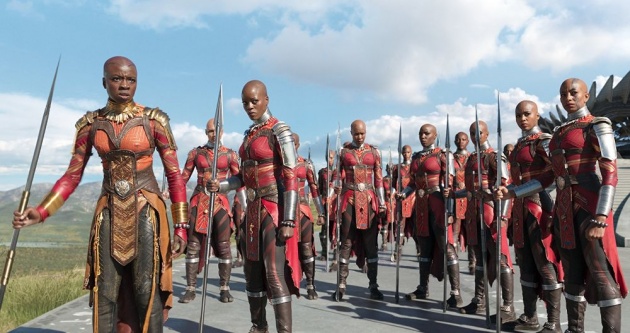 “I don’t know which party my wife belongs to, but she belongs to my kitchen and my living room and the other room”

The girl power in Black Panther is awesome! The mighty wakandan warriors, a female force to be reckoned with. I like the idea of use of women as wakanda warriors and the kingsgaurd.

Even the Black Panther depends on this outstanding female fighters to protect him, they are loyal to the throne…

Not only has the female force, T’Challa depended on his sister’s technology for his combat suits. A true king, with loyal subject, that cut across gender for a successful ruling.

But a true king needs a queen to calm the storms associated with ruling, and defending a kingdom, this romantic event is seen whenever T’Challa is near Nakia. Nakia seem to be the king’s kryptonite 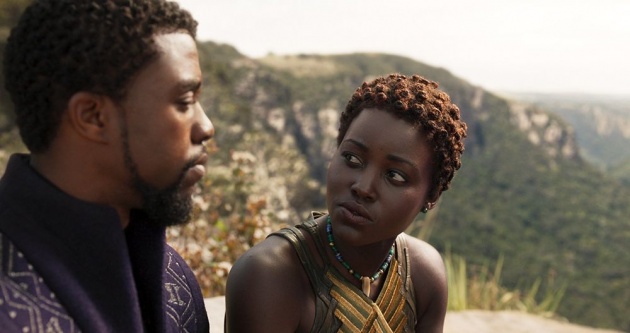 Just don’t freeze when you see her Okoye

Did he freeze? Shuri

I’m impressed by the way the movie explicitly explains a lot of African traditions in terms of our attires, spoken English, a way of life and how we see life in general.

The fight scenes are incredible, explaining the strive in most African homes, a brother trying to kill a brother, the sins of the father upon the son, the son cleaning his father’s mistake, this is the test of what Africans especially black Africans are facing. 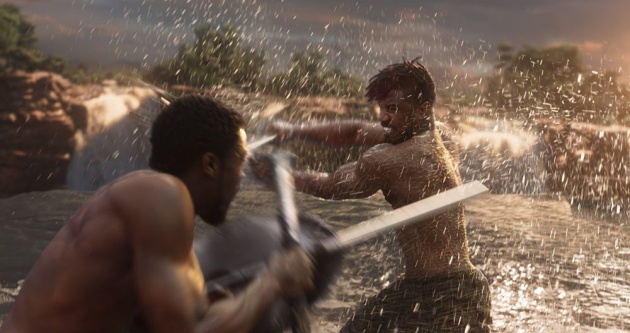 I am impressed with how I can see how our struggles as Africans are sometimes portrayed on the big screen, for the world to see. Despite all these, we ought to learn that, Africa is a land of rich ethnic diversity. These diversities make us a great continent.

Ever since its release in February 2018, Black Panther has been a powerhouse at the US box office an…