THE SUN AND THE SOLAR WIND

We know that the Sun is huge source of heat and light and it produce the other radiation. The sun is an extremely active star. Sunspots come and go in 11 year cycles; charged particles from solar flares cause auroras and disturb radio signals on Earth. Due to the huge comical reactions it produces the continuous solar wind of protons, electrons and ions which moves out through the solar system, spiraling with the sun’s rotation. 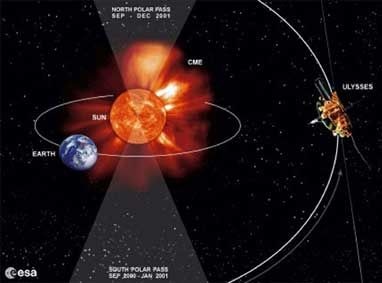 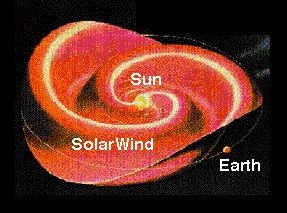 Orbiting objects are called Asteroids. These are very small rocky objects and they are in very much even in thousands. Asteroids are in orbits and mostly between Mars and Jupiter.  Objects that intersects Earth’s orbit are called meteoroids. When they appear in the night sky as streaks of light, they are known as meteors, and recovered fragments are called meteorites.

Comets are lumps of dust and frozen gases about 5 to 10 km in diameter. Comets orbit the sun at distances so great that their orbits can be shifted by neighboring stars so as to bring them into the inner solar system. As comets approach the sun, they release their dust and gases to form a glowing head and tail. Under the influence of Jupiter’s strong gravitational field, comets can sometimes adopt much smaller orbits. The most famous of these is Halley’s Comet, which returns to the inner solar system at 75 year intervals.

CHARACTERISTICS OF THE SUN

Sun is very important for the Earth and especially for the living objects which are on Earth. As we know the Sun is the source of Energy, heat and Light. Light and heat is very important factor for the life of Earth living objects. The distance between the sun and the earth varies because the earth travels in an elliptical rather than circular orbit. The distance is roughly 100 times the sun’s diameter. Turbulence in the photo sphere forms granules of various sizes and sunspots. Temperature is a measure of kinetic energy. The dense plasma in the center of the sun is roughly 2500 times hotter than the surface. Gases in the corona have escaped from the sun’s surface and have a very high velocity. The sun’s spectral type, G2, indicates that it is composed of hydrogen, helium, calcium, iron and other metals. 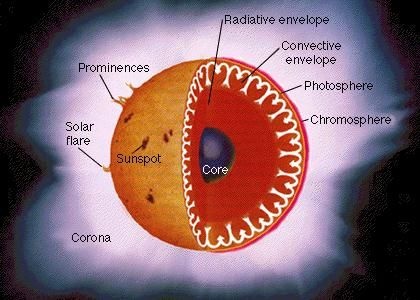 That was about the today’s lecture in which we discussed about the sun and the solar wind, major planets, orbiting objects and characteristics of the sun. in the next lecture we will discussed briefly about the Sun, which is central and basic part of this system.