Spammers Invading bitLanders, What to Do?

Today's blog is about my personal experience with this site - bitLanders.

It all started when my brother, jjeeppeerrxx-beltran invited me to join this certain earning site which I didn't know anything about just yet. I was actually earning at another blogging site that time and thought it would be better if I would be also generating another sideline income from a different source.

So there I signed up for bitLanders and registered under my name jean-beltran, my name when I was still single. Months have passed and a lot of things had changed, even my last name had already changed too! But one thing's for sure, spamming is still constant in the site and even on other sites too!

From one earning site to another, I have constantly noticed that spamming is really present and I am not wondering if there are also spammers in bitLanders. When I was still a "newbie" here, I had seen users from here and there posting the same kinds of comments and statuses all over again. I thought that it would be a faster way to interact since you just have to just copy and paste your comments but then again, it is not helpful to the site, not at all. I myself want to earn clean money and clean conscience and I don't want to earn by spamming, not even in my vocabulary that I want to send the same characters and information over and over again just so I can earn an amount.

Here are my own little ways of eliminating spammers.

As a starter, I had learned that in order for me to earn base buzzes, I have to consider these five statistics: 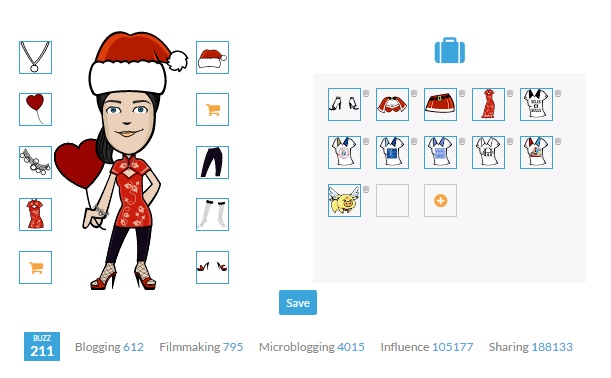 Although, I am not really sure how the site computes these stats, but I am sure that I have to be consistent with my daily activities.

But it was hard to eliminate spammers because every now and then, I am seeing comments on my postings about buzz me, follow me, return buzzes and a lot more. Now what I did was filter out the ones which are really interesting and are posting quality information here in the site. I have seen quite a few nuisance users here who are posting only numbers or only characters on their microblogs which are obviously not really interesting but are also spamming . I am sorry to be posting some here but this is the truth and here are the examples to that: 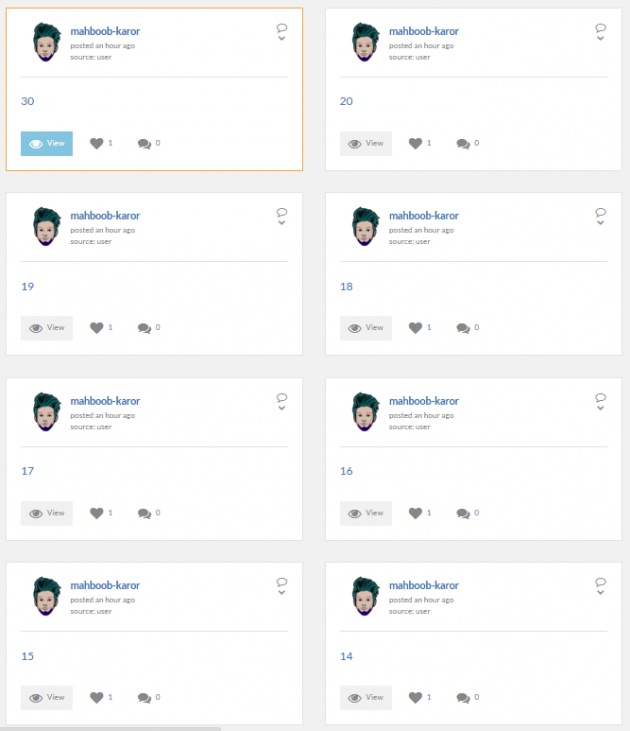 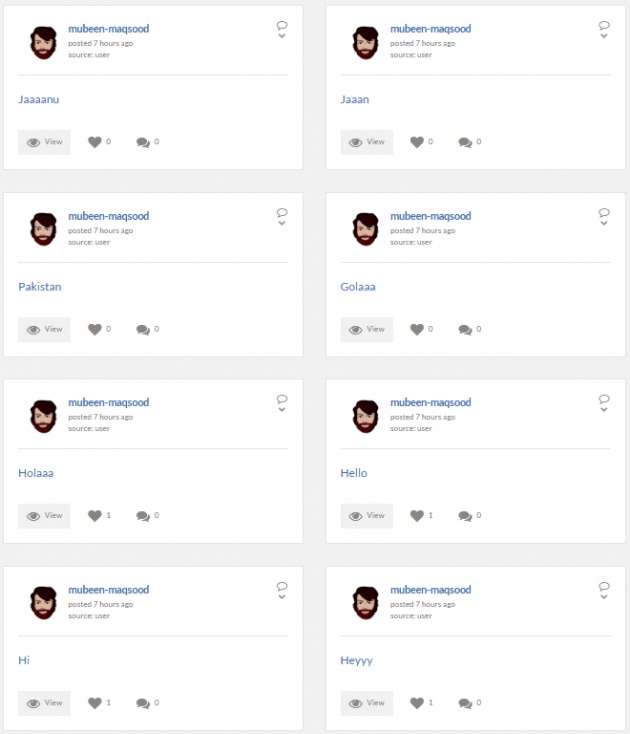 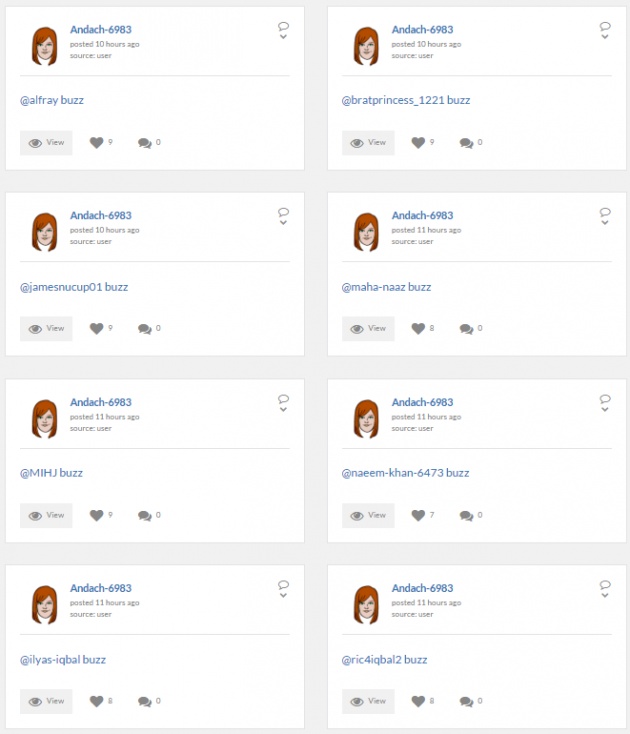 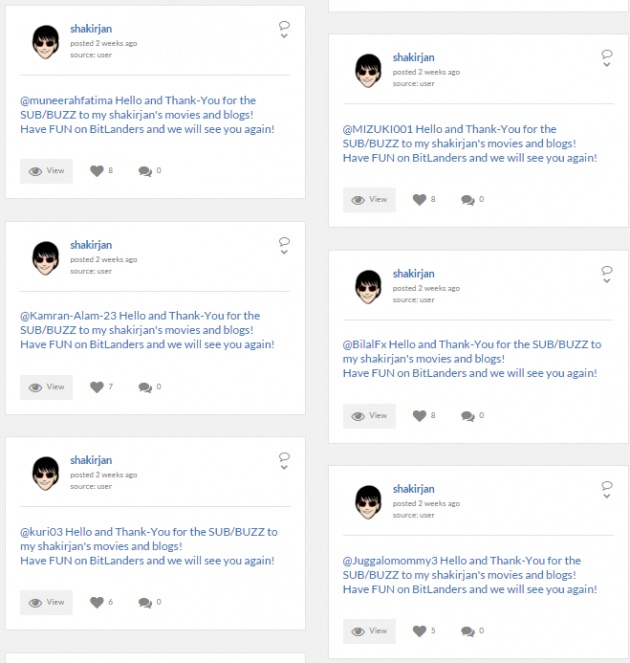 In filtering the really good users, I also have to start ignoring these spammers. I am not checking their profiles anymore.

This is one other way for me to stop receiving feeds in my homepage from users who are spam posting. Whenever I see them posting just plain numbers or obvious spam characters, I would immediately unfollow them.

I have un-followed a lot of users and this is also the main reason why I only have a few numbers for the users I am following than the number of my subscribers.

Now there are users who are clearly only up for the buzz because they will start to demand stating that they had buzzed 10 or 20 posts, that might be your videos, blogs, or microblogs and they will demand you to do the same thing for them. Unfollow these guys. They are the ones who are just aiming for selfish goals.

Social media is supposed to be a site for socializing and a medium for exchanging good information, ideas or other sorts of media like pictures or videos and not for exchange demands.

Whenever I get to see that kind of user, I would hit that unfollow button as soon as possible. They are poisonous like the snake venom. Don't get caught up with their game.

To make the world a better place, we should begin to be become better within our selves and it works the same way here in bitLanders. If users would instead focus on providing interesting stuff rather than commenting just for the purpose of commenting, this site would become even more interesting and enjoyable.

It would be a win win situation since the site would be getting good information from the users and the users are getting in return good scores and stats without being banned.

It takes two to tango and three to jive. So hopefully, by these steps, not only one certain user will be turned into a good user but even more and more for the betterment of the bitLanders community.

Checking the users who had buzzed you have become easier these days because of the activity log, thanks to the developers of this site for providing this. 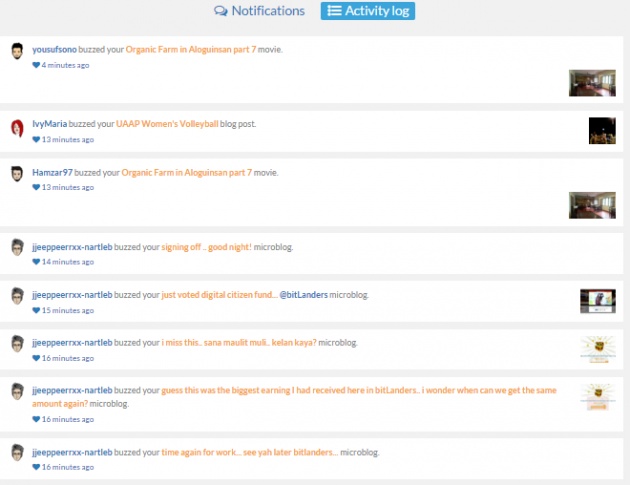 But before activity log was introduced to bitLanders, every user has to check who had checked their posts and had buzzed or liked it. It was a bit of a hassle since you'll have to click all the avatar heads one by one to check these users.

So one way of easily determining these guys is to comment on the posts. Commenting had been abused then when spammers would be posting buzz me and follow me over and over. 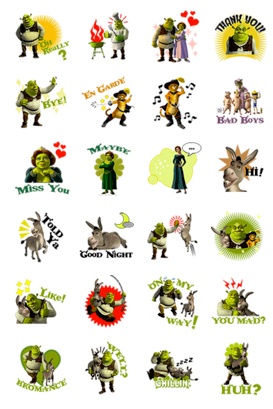 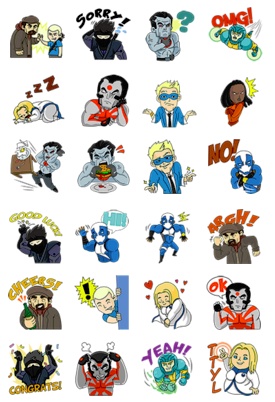 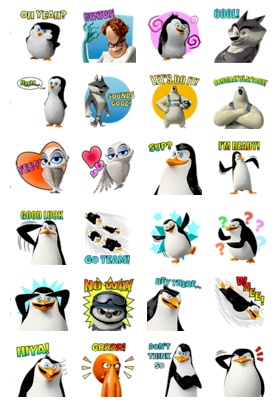 bitLanders was too good to provide us a better way instead of spamming, you can use the stickers to post it in the comments area and would be an easier way of sending across your message that you had visited and checked this person's profile.

I even had posted a blog before suggesting emojis as well.

Here's the article I wrote about the emojis instead: http://www.bitlanders.com/blogs/how-about-using-emojis/3005350

Isn't it nice to see your notifications has a 100 number label on it? I am not sure if you check your notifications but I do and I love to respond to those ones who had commented in the posts that I had also commented. It makes me feel that I am not the only one interacting or had thought that specific post is interesting.

Aside from that, if I get a huge number notifications, chances are my posts are interesting too! It has a lot of interaction from other bitlander users and that is a good thing of course. It is good to receive buzzes although we won' be receiving a notification for every buzz, it is good to get comments from our co-bitlanders users and it is great to have emoticons right there, the user may have nothing to say but he or she still cared to post an emoticon on it! That is still effort and added point!

However, there's something very annoying in terms of comments and that is spam comments. It's just totally disgusting as it is just a copy and paste activity. One might be very glad to receive comments to this person but the truth is he didn't even care to read the post, he just pasted his "buzz me back" comment. I have seen a lot of these guys here and I am not sure if Bitlanders had done specific actions to these people. Oh! I know there was this monkey guy with cymbals who pops up before around two months ago whenever he thinks that you are already spamming but he isn't showing anymore either. I guess the administrators had taken it out as I have also observed that even if the user isn't really spamming, it was popping out of the screen and worse was its deducting buzz points from that specific user.

So what I have tried doing before was tagging bitlanders and lry, the developer for possible spammers. One can easily identify if it is a spam or not.

No user will ever be a spammer if the site itself would also do something from their end to stop it. I definitely appreciated the efforts that bitLanders are doing to minimize these guys.

I remember before, if the same comments were being posted again and again, a certain monkey will show up on the screen and will warning the user to stop posting the same stuff. And if the user would still be persistent with spamming, it will eat up the user's buzz score one by one.

However, the issue with that monkey was that there were bugs with it that it would detect a comment as spam even if it wasn't really a spam at all. I wonder if bitLanders would get Ballz back. 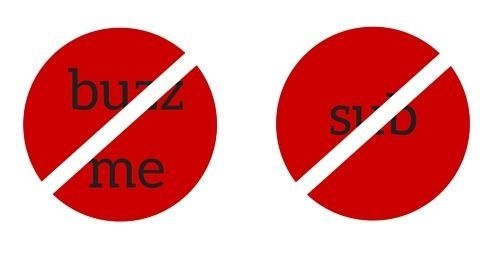 Then at this point, micky_the_slanted_salerno had posted about banning these guys who are sending comments and chat messages with just buzz me or sub me. This is really a good way of minimizing if not eliminating the bad users here in bitLanders.


I am encouraging everyone to do the same because I definitely believe that if spammers are of greater number than the good users, just like the other sites which I had joined before, it will soon wither and die. Either the site will do so or its good users.