So I've been watching several episodes of two comedy shows. The first one is Brooklyn Nine-Nine and the other one is The Crazy Ones which I discovered from someone at the other site. Am into comedies now because I needed some cheering up several days ago so here's my review of both of them. Apparently these two had their pilot episodes aired in September 2013 so I thought it's best to compare the two even if it's already 2018. 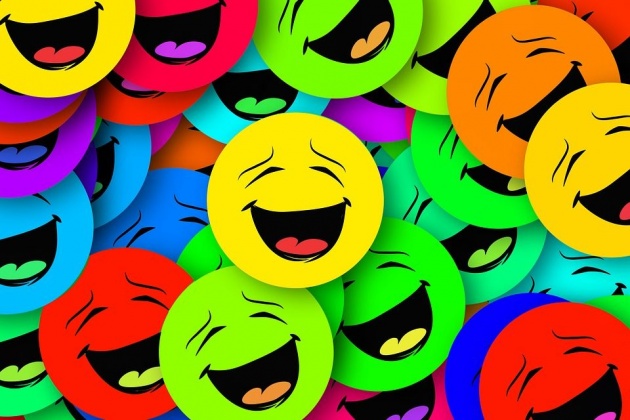 I found out about this show through a video clip on Facebook that was shared by a friend. I had been looking for some comedy shows to watch for months since it's been a year or so since I watched any, the last one being Community, which I reviewed here too.

The clip showed criminals lined up for identification, asked to sing a popular Backstreet Boys' song because that's how the victim identified the perpetrator (suspect). Watching it was funny and nostalgic enough that it encouraged me to check on it. Watch the video clip below.

Brooklyn Nine-Nine (BNN) stars Andy Samberg who I know more for being on plenty of Saturday Night Live (SNL) episodes.

The premise of BNN is that an immature and fun loving but amazing police officer/detective can work serious cases spectacularly even if he's mostly a goofy guy. The show adds comedy to real life police work. 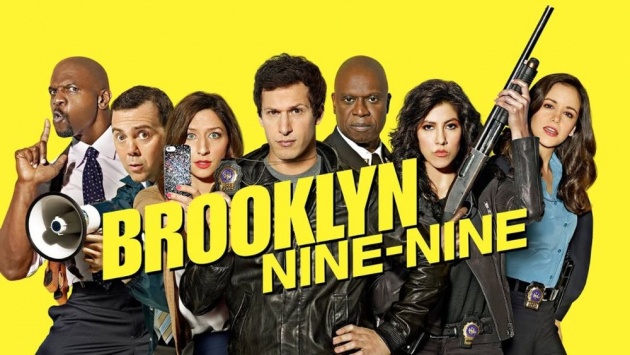 Well it worked for the first few episodes in the first season, I was laughing sometimes and I even learned a good lesson from episode 10:

Family and your life growing up may have sucked but as an adult you can find new family in other people and friends.

Anyway I'm only on episode 13 of Season 1 and yet I got bored. I didn't laugh at the last episode I watched at all. Maybe because it's PMS time or maybe because it's just not that funny enough for me. I didn't feel like watching another episode, but then again I watched an episode near the season finale and it was okay and kinda funny again.

Yes Andy's character is funny, lovable, goofy and smart however I like Rosa Diaz more because she's tough even though she's not smiling very much. She's not too funny but I like her. The funniest character in the show is probably Jake Peralta, Andy's character but I guess it doesn't matter who's the funniest as long as I get to laugh. 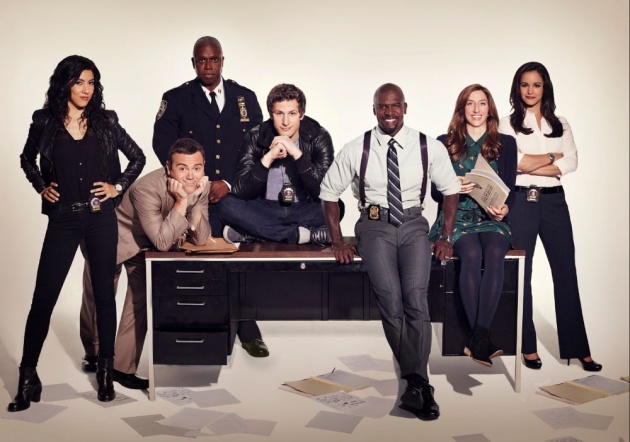 I mean the character dynamics is good but each episode seems to be a stretch of something sometimes. It's not packed like sardines in a can so I haven't been watching it as regularly and as excited I was with Community. (Had fun binge watching that one.)

BNN is more of a fun cop TV show rather than a funny one, or maybe I need to see the second to fifth season? Haha. Anyway, enter the other show I saw a clip of from the other site I go to and bye-bye! 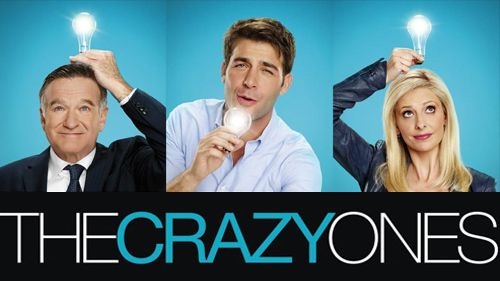 (Photo credit: The Crazy Ones via fanart.tv)

This show is about an ad agency where creative people go crazy to come up with amazing ideas to advertise products/services. The show may make the work and career seem fun but it's really going to squeeze your brain working in the advertising industry I tell ya.

I spent a year in an advertising agency after college and I'm happier with just doing artworks without having to come up with crazy creative concepts/ideas all the time, thank you very much. It can get tiring and your life will pass you by like a blink of an eye. Unless of course it is "your passion" to come up with "award winning" ideas then keep at it. 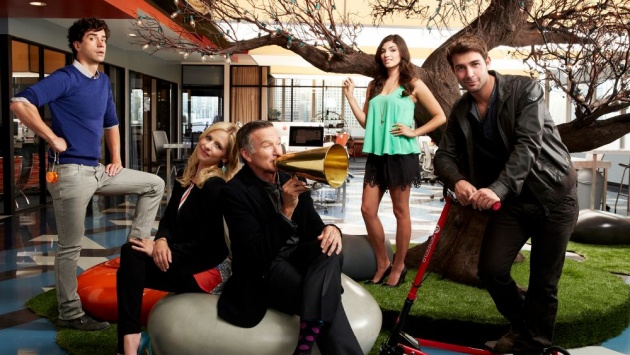 (Photo credit: The Crazy Ones via fanart.tv)

Anyway, the show's pilot episode has Robin Williams pitching an advertising idea to McDonalds, their ad agency's biggest client. On the verge of being fired from handling the project, they went ahead and eventually delivered in the end. I didn't even know he and Sarah Michelle Gellar (of the Buffy TV series) had a TV sitcom. I thought it was a movie until I Googled it.

From the episodes I've seen it's Robin Williams and James Wolk that make the show such a spectacular comedy. The series episodes are really funny and crazy and a bit sad at times because of everyone in the cast. 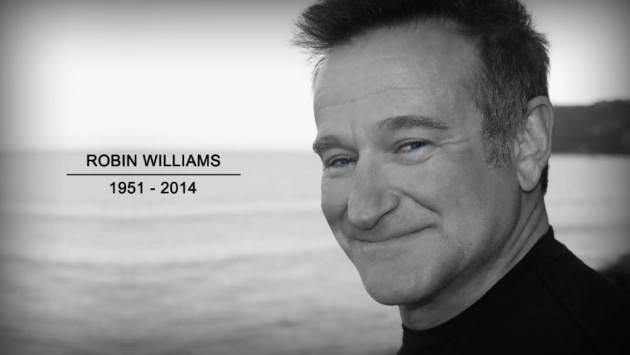 It is just saddening that a great comedian like him has already left us. The Crazy Ones (TCO) is the last TV project he did before he passed away and yet he was still great at it even with a mental illness called Lewy body dementia that people say was the cause of his suicide.

I'd rather die early too than lose my brilliance. Oh he wasn't that young when he passed, he was 63, but he had lived a full life I am sure. May he rest in peace.

As for the show storyline, each of the first few episodes I watched makes me laugh at how crazy they get. I should know because it's not easy to please clients I tell you. All the revisions you will make on top of the approved concept, whew. It's not a piece of cake working in an ad agency but it can be emotionally rewarding indeed seeing your artwork displayed, especially if people or the client audience/market really appreciate your work. 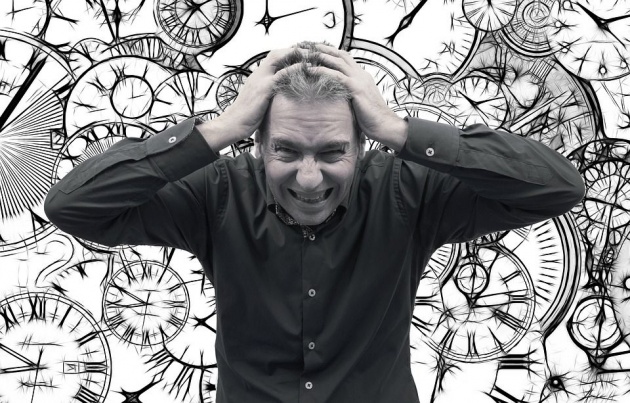 No you won't get to see much of the stress in the show episodes, all you will see is how fun, funny and complicated it can be sometimes. You have to have a fun environment because otherwise tempers will flare or morale will go down from coming up and creating all those big ideas. Plus you have to meet the deadlines. Imagine doing several projects one after the other, oh can you feel that pressure building?

Eherm, going back to the review, the stories are loosely based on the life of an advertising executive who worked for Leo Burnett advertising company. Unfortunately because the show's ratings kept falling during it's run, CBS had to end it after just one season. And to see if it did suck, I watched two of the episodes near the season finale and yes, I now understand why the ratings dropped. It was like everyone was overacting in a forced comedy that I almost feel bad watching them act.

I'm not sure why it went from good to bad but perhaps the writers and even the series directors and creators themselves lost touch on the funny and just tried to dole out what's supposed to be funny. It's like they lost their motivation to write and just forced themselves to finish the series.

Curious about the show? Here's a behind the scenes video of the series trailer I saw.

So which is better than the other? Well for me TCO wins for the comedy, BNN wins for the adventure. I mean hey, it's not everyday you see how policemen/detectives in the US supposedly work in a comedy show right?

Another thing is, TCO wins for being creative or showing fun and creativity while BNN wins for character development. I mean, each character is really well developed in BNN you won't mix them up at all. 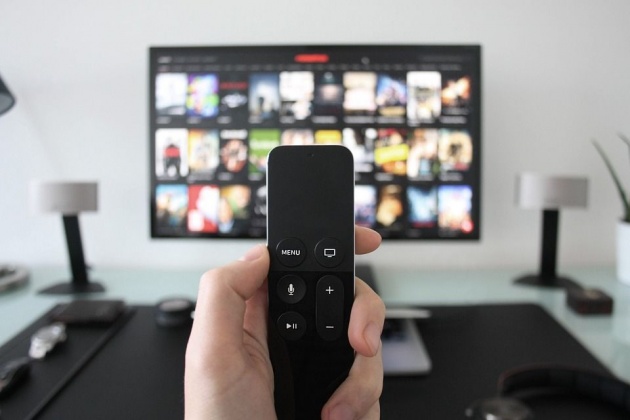 The best part of TCO is, you get to see the brilliance of Robin Williams and yes he still had it even at his age then. When you see him perform you'll really feel sad that he already passed away but happy that he made a good sitcom before he left the world.

Commercially, it seems BNN wins hands down because it is now on its fifth season while TCO only had one season and then it was done. It still is a good one season minus the bad acting or bad storyline and direction near the end. Watch the first few episodes and enjoy!

To give each of them a rating, Season 1 of BNN  and TCO both gets 3.5 out of 5 stars because BNN started off okay then boring then okay, while TCO started off great but then went downhill with the overacting and bad plotline. Whew. 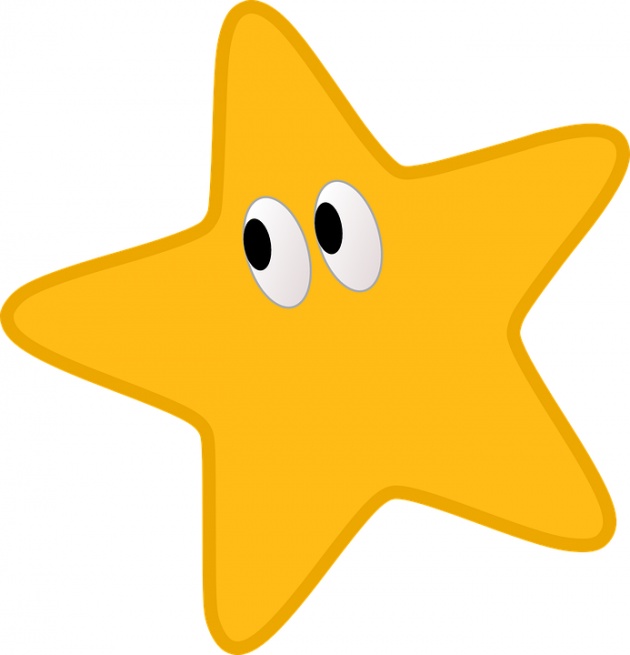 What about you? What do you think about these two shows? Will you be watching any of these if you haven't yet?

For my other TV related blogs, read below: 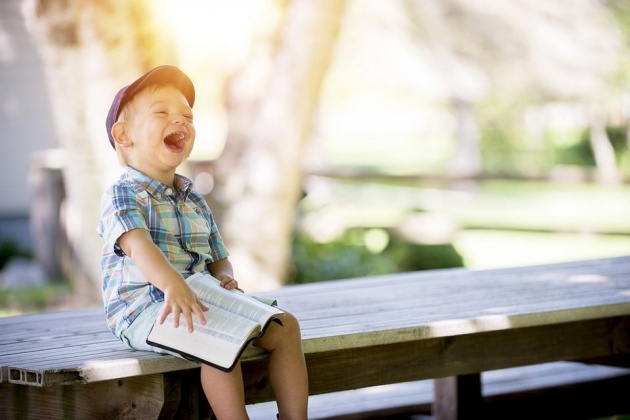 Who doesn't like to laugh? I like laughing because I rarely get to do it if I'm not with friends.Wat…

This is hilarious. So, I'm sure that everyone in the worldhas seen a videoon YouTube by now, but, ha…

Film Review: The Face of Love - desire on the double

In a parallel universe, Annette Bening would be in serious award contention for her performance in T…