Everyone was enjoying themselves in our living room watching the big game on the big screen. We had a blast with all the food and drinks and our team winning on the biggest stage of all. It got even better when there was a commercial saying that the first 5000 spectators to our next home match would win an exclusive VIP package with unlimited foods and drinks. This was something worthwhile and since everyone else was at work except my older brother and myself we decided to go.

It was a Saturday afternoon, the sun was shining and the birds were singing in the skies where the sun shone the brightest. There was a bit of breeze which made the temperature just right. It was also something even more important, it was the big game where we could win the exclusive VIP package if we were one of the first 5000 spectators through the doors. My older brother jumped onto his computer and made the purchase of two tickets. I grabbed my scarf and put on my shoes while my brother was getting dressed and sorting out the tickets. We wanted to be there super early as we knew that there would be a lot of people already waiting in line.

My brother called out "Are you ready for an exclusive VIP package". He was super excited and so was I. Please god make it our day for this one in a lifetime opportunity. The equation seemed simple but with over 50,000 members our club had it was a daunting thought of being able to be the first 5000 people through the doors.

We arrived at the match and we had hope. The doors were two hours from being open and we were in with a chance to win the exclusive VIP package. There were still quite a lot of people in front of us but we knew that we had hope of winning. After waiting in line for two hours the doors finally opened. The guy standing at the doors checking the tickets was giving the people in front of us a special envelope which we knew was the VIP exclusive package. We approached the door and held our breath. The guy was taking something out of his pocket and there it was the special envelope. He said "You young fellows are the last two". We let out a scream.

We followed the instructions stated in the envelope to see where we were sitting and all of the information we needed to know. It felt like it was a dream. Us to win something like this our fortunes must be changing. We approached a door at the back of the stadium. We had to climb down some stairs and then we went through a couple of other doors.

There was a lot of people and a couple of guys who i got to say looked quite scrappy, as in the way they were dressed and there overall body appearance. I personally didn't care as we were all going to watch the match in an exclusive VIP booth. The guys called our names, we approached all with smiles and shook their hands. They told us to go through another door which was situated right in front of us.

I couldn't believe it in front of us stood four men with beards, all well built and all armed with guns. I started to panic while my brother stood there as if we had a ghost. The men approached us and picked us up and threw us into a van, which was all dirty and filled with spider webs. We asked the men where they were taking us. One of the men responded "We take you where we need to and you kids can stop talking". We knew that all the excitment that we had about winning this exclusive VIP package came to a depressing end and could end up even worse.

We drove for hours and we finally stopped in front of some driveway. One of the men picked us up by the collar of our shirts and carried us in front door of some house. The house was old and scary, with grass all the way to our chest. Mind you we are both around 180 centimetres. Another men approached from out the back, carrying a box. My brother and I both looked at each other and started to shake as we thought that this was the end. The men carrying the box gave it to my brother and told hime to open it. My brother starred at the men and said "What is inside it". The men got angry and said "Open it and find out". My brother started to lift the lid and found a gun inside.

The men grabbed my brother inside the house and I started to panic even more now as I was stunned at this whole situation. What should have been the best day of our lives ended up being our worst and possibly the end. The men bought my brother out of the house. My brother approached me and whispered into my ear "He wants us to kill a men with this gun or he'll kill both of us right here". I looked at my brother in a strange way as to say what are you crazy. My brother went to speak to the men who wanted us to do this crazy task. A thirteen year old kid and a fifteen year old kid to kill someone. The men approached us both and said "You guys kill this guy and under the law you want get any sentence in jail and just a slap on the wrist, if i do it on the other hand i would go to jail and spend a few years in there before i can apply for bail".

My brother and I had no other option as the men was going to kill us. The other men who drove us to the house jumped into the van and he got in with them. We were worried now as if we didn't kill this guy then we would die ourselves. We thought this guy could have a family and kids and loved ones. To make matters worse it was just a twenty minute drive as we pulled up to the driveway of a beautiful house, compared to the one we were just at. The men told us to get out. We obeyed as we kind of had no choice. The men escorted us to some park which was situated behind the house. Some thoughts were going into my mind as what my dad said to us last night "Hey kids i have a long drive tomorrow and will be staying at a house a few hours away from here as i need to shoot my photos of some celebrities in the park".

We approached the park which was massive and my brother and I looked at each other, as to say we can make a runner and lose them in this massive grassland. We approached the start of the park where there was trees everywhere, soccer goals, playground and benches where people can sit and relax. The park was empty which we found really strange as it was a beautiful and sunny day. The men looked at us. One of them said "Are you kids ready". My brother and I looked at each other and we knew we had to make a run for it. We started running straight in the middle of the grassland. The men were just standing there. They weren't running after us which we thought was really strange. They were smiling and we knew that we were in trouble. Out of nowhere another men jumped out of the bushes and grabbed us. He picked us up and carried us all the way back to our original position.

It was time, no more Mr. Nice guy. A person came out of nowhere from the other entrance to the park. He was being escorted by two other men. They were approached at rapid speed. I couldn't quite see who the unlucky person was. As he approached I turned and faced the other direction. I started crying as I could see that it was our father. This was offically going to end in heartache no matter which way you looked at it. The men set up the gun and placed it into my brother hand.

The men warned him, if he tried to shoot somewhere else apart from the target being our dad then i would die. The men were getting impatient and told my brother to shoot or i would die, in ten seconds. The men made it even harder as they set up an alarm in exactly ten seconds. Once the alarm went off i was died, if my brother didn't shoot our dad. One of the men set the alarm and told my brother that the time has offically started. With just one second remaining my brother pulled the trigger and shot our dad.

It was already a bad day and now our dad is died and my brother has killed someone with a loaded gun at just fifteen years old. 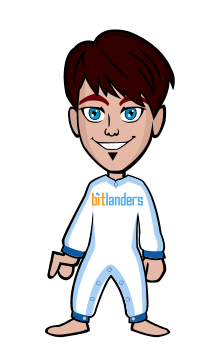