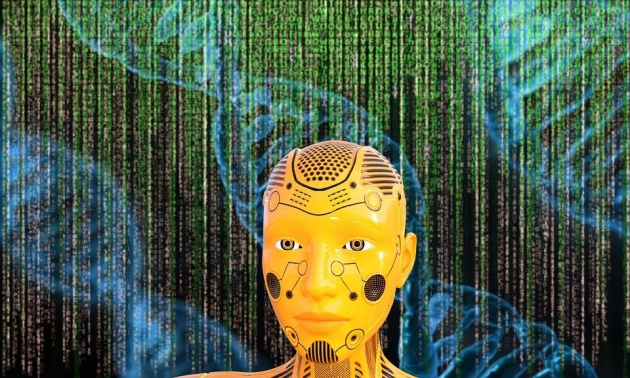 This code consists of only four letters-A, T, G, and C-representing adenine, thymine, guanine, and cytosine, respectively. In the DNA molecules, these letters of the code are grouped in threes (which we shall discuss later). Thus, the code might be ATC, TAC, AAA, CCT, and so on.

Simple bacterial viruses contain about 5500 nucleotides in their DNA molecules; 5500 nucleotides grouped in threes can produce 5500/3 or approximately 1800 coded pieces of information. These 1800 coded of pieces of information are sufficient to describe the particular virus. If each piece of information corresponding to one letter of our alphabet, it would take 1800 letters to describe, genetically, that virus; 1800 letters corresponds roughly to the numbers of letters on a page of a thousand pages book. 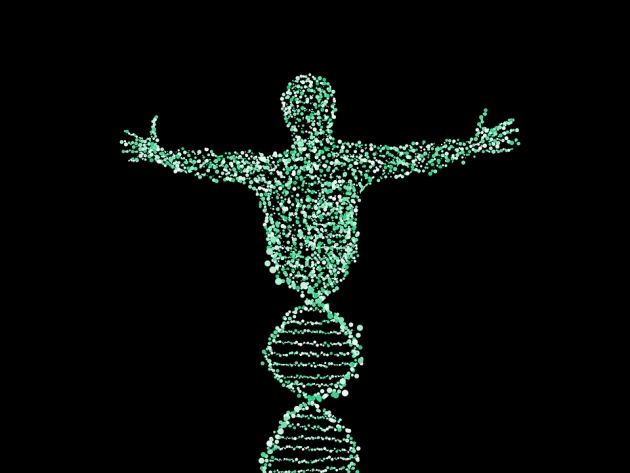 When a cell divides, it produces two new cells with identical characteristics. This means that the DNA originally present must duplicate ( or replicate) itself. How doe the DNA molecule direct the synthesis of another identical DNA molecule?
Watson and Crick theorized that the DNA molecule unwinds, and each half acts as a template for nucleotide units to collect on and form a new chain. Recall that if adenine (A) is present in one chain, it can attract and hold only thymine (T), and cytosine (C) can attract and hold only guanine (G). Thus, each half of the chain is highly specific in what it attracts. It forms complementary chains that coil up again and form two DNA molecules.

This can be represented diagrammatically. This representation is necessarily quite general and approximate. The actual mechanism of DNA unwinding, untwisting, and joining for replication is quite complex, involving several enzymes, such as DNA polymerase and DNA ligase. 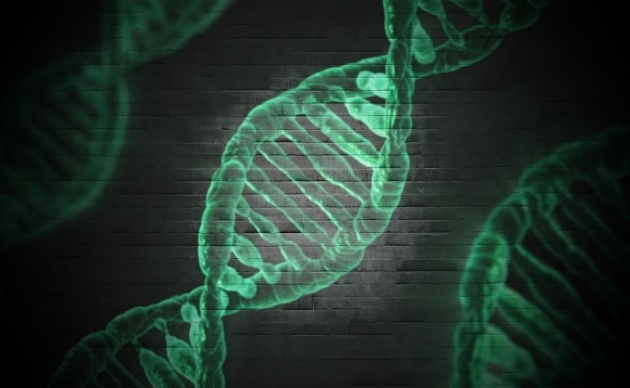 The preceding paragraph indicates how the DNA molecule duplicate itself, but how does the DNA molecule transfer its coded information to the cell's ribosomes where the actual production of the protein for by code takes place?

The information contains in the DNA molecule is carried by another molecule called messenger RNA (mRNA). During replication, DNA again 'unzips'; however only one part of a strand acts as a template for the formation of RNA. The enzyme required is called RNA polymerase. The process is known as transcription.

When RNA is produced, there is one major difference of the attraction of the nucleotides between it and the DNA. In RNA, the partner of adenine (A) is uracil (U) and not thymine (T). Another difference is that RNA contains the pentose ribose, whereas DNA contains pentose deoxyribose.

There are three types of RNA: (1) messenger RNA, (2) ribosomal RNA, and (3) transfer RNA. Messenger RNA (mRNA) is concerned with the transmission of genetic information from DNA to the site of protein synthesis, the ribosomes; it is found in the nucleus and the cytoplasm of the cell. Ribosomal RNA (rRNA), which is the major faction of the total RNA, combines with protein to form the ribosomes, therefore, ribosomes are an example of nucleoprotein. It is in the ribosomes and the 'translation' of the DNA message takes place. Transfer RNA (tRNA) holds a specific amino acid for incorporation into a protein molecule, as indicated in the following paragraphs. The fourth type of RNA, heterogeneous RNA (hRNA), maybe a precursor for mRNA, hRNA is found in the nucleus of the cell.

Let us see how mRNA and tRNA function in the ribosomes in the synthesis of a protein. The mRNA moves from the nucleus to the cytoplasm and then to the ribosomes, where it acts as a template for the formation of protein. In the cytoplasm is the tRNA, which is a cloverleaf form of RNA containing relatively few nucleotides. At one end of the tRNA are the three nucleotides that are specific for a certain code of the mRNA. Amino acids in the cytoplasms are activated by ATP and are coupled to the other end of tRNA.

If RNA contains the coded units ACU, the tRNA that would have attached itself must have a code UGA. (Recall that in RNA the adenine [A] is bonded to uracil [U] and cytosine [C] to guanine [G].) If the coded message in mRNA is UGC, the corresponding code in tRNA must be ACG.

Thus, as the mRNA passes through the ribosomes, it directs the gathering in a specified sequence, of the tRNAs, which in turn bonds together in amino acid to form a protein. 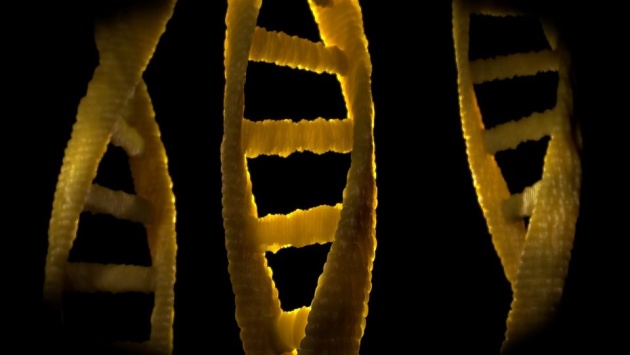 Again, the DNA code consists of four letters, A, T, C and G, grouped in threes. It is believed that codes in DNA molecules specify individual amino acids. Since there are 20 primary amino acids that occur in nature, there must be at least 20 difference coded groups in the DNA molecule. 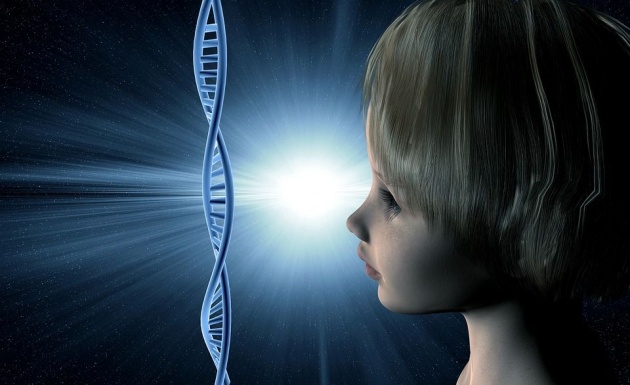 How can the DNA Code be decoded? That is, how can we tell which amino acid is specified by a certain coded group?

In 1961, It is found that if a synthetic RNA is composed only of uracil, nucleotides were substituted for mRNA in a protein synthesis system, a polypeptide was formed that contained only the amino acid phenylalanine. Since the synthetic mRNA contained the only uracil, it must have a code group UUU. The corresponding group in the DNA molecule must be AAA. Thus, we can say that the coded group AAA in the DNA molecule corresponds to the code UUU in mRNA, which in turn specifies the amino acid phenylalanine. Another synthetic mRNA, consisting solely of adenine nucleotides, produces a polypeptide containing the only lysine. Thus the mRNA code for lysine is AAA and the corresponding DNA code must be TTT.

Some experiment indicated that there may be more than one coded group for a specific amino acid. That is, alanine is indicated by the mRNA codes GCU, GCC, GCA, and GCG. NOte that all of these grouped code group begins with the letters "GC," and thus the code is called degenerate. In general, the first two "letters" of the code are more important than the third.

The genetic code is universal. That is, all known organisms use the same code for the synthesis of their proteins. 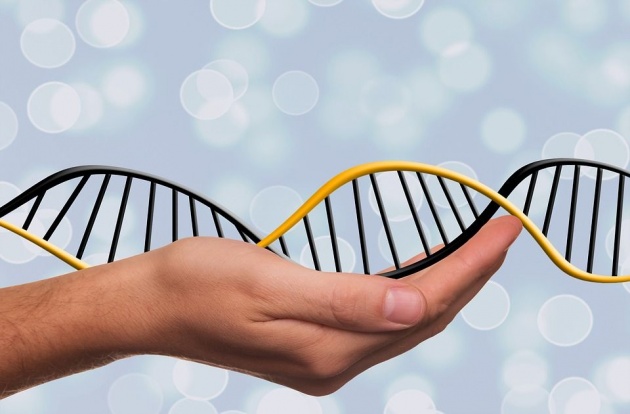 When mRNA acts as a template for the synthesis of protein, only a small amount of the total information of the DNA is used one time to produce a certain type of protein. What determines of mRNA is formed a certain segment of the DNA? What "turns on" the DNA and what "turns it off?"

Since protein is not synthesized continuously but only as needed, DNA must normally be a 'repressed state.' A repressor, which is a polypeptide, binds to a small segment of the DNA. This segment is called the operator site. As long as the oppressor is bonded to the DNA, no mRNA is produced so no production of protein is inhibited. When a particular protein is needed, an inducer is formed. The inducer combines with the repressor, changing its shape so that it can no longer bend to the DNA. Once the repressor is removed from the DNA, synthesis of mRNA and protein can begin. Which sufficient protein has been produced, the inducer is removed and the repressor once again binds to the DNA, stopping protein synthesis.

Certain drugs, such as tetracyclines and streptomycin, bind to the ribosomes of bacteria and prevent synthesis of protein. Hence, these drugs are effective antibiotics. 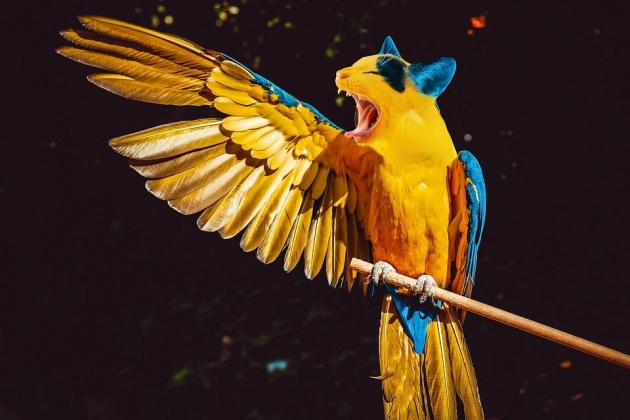 Suppose that one of the letters (nucleotides) in a DNA code group was substituted by another letter. Then the message would be miscopied and mutation would occur. Such a change of nucleotides may (1) give no detectable effect, particularly if the change is in the third letter of the code; (2) cause a different amino acid to be incorporated into the chain (the results may be acceptable, or totally unacceptable to the functions of the protein); (3) cause the termination of the chain prematurely so that the protein cannot function normally. 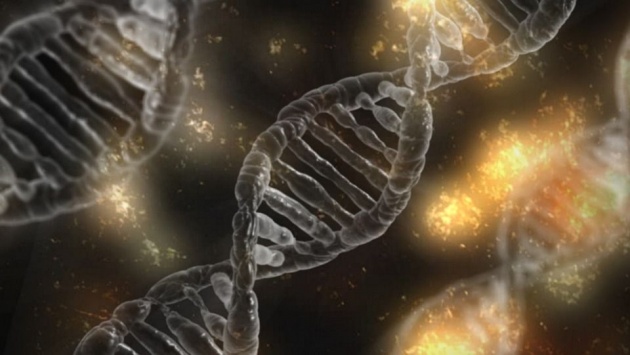 Collagen, the primary macromolecule of connective tissue, exists as a triple helix, a coil structure of three polypeptide subunits. One district characteristic of the collagen is that the amino acid glycine constitutes one-third of one of the coils.

Triplex DNA is triple-stranded DNA. Among its uses are as molecular scissors for cutting strands of DNA and as an agent for treating viral diseases. The latter is due to its ability to disrupt the copying of genetic material onto mRNA. 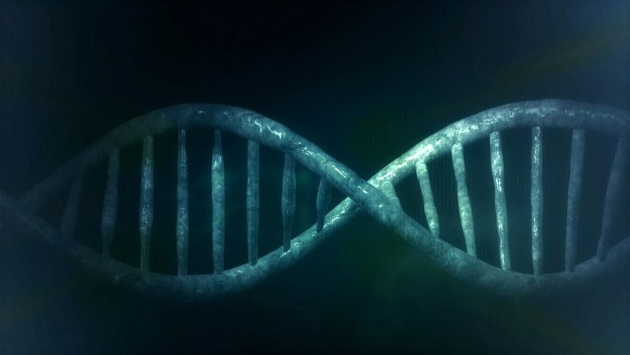 The Human Genome Project is an international effort with the goal of sequencing the entire human *genome as well as the genomes of other organisms (such as E.coli) that have been used in the study of genetics. Once the human genome is completed sequenced, it may be possible to determine the molecular bases of genetic diseases and perhaps develop the technology to diagnose and treat these diseases.

Courtesy of the video: Crashcourse via Youtube.com

this article may be reproduced without the

special credits of writing from the publishers of Wikipedia.com.

Hello Bitlanders fellows! Photo Credits:https://wall.alphacoders.com I am pretty well and free from…

Video by The Royal Society via Youtube A century ago world was much different than the world today. …