The Future of the Dolphins in the Black Sea 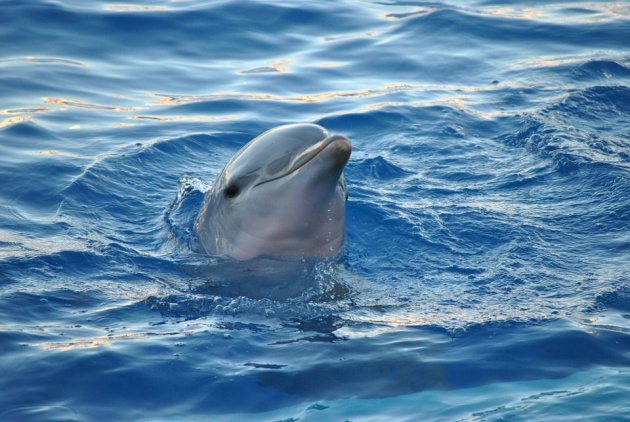 I hope all is well with you. Today I'm in the mood for writing on a serious topic. I just feel like I need to write this. First, because I love nature, and I can't stay quiet about it. And second, because recently I visited the Black Sea again, and happened to be right in the middle of those events. So, my topic is regarding the recent news about the dolphins found at the Bulgarian and Romanian seashores. 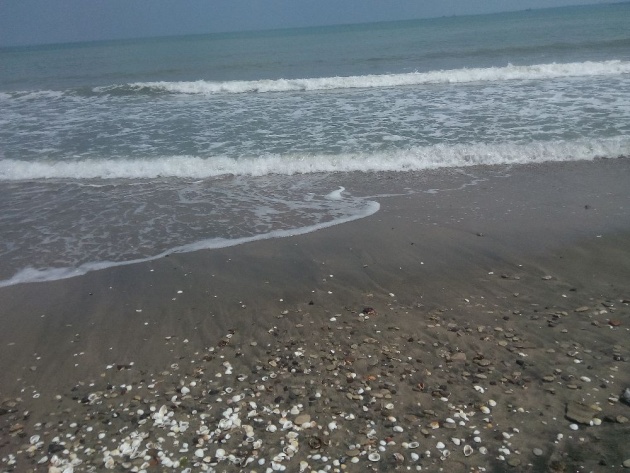 Last week all ecologists were alarmed by the information about dead dolphins thrown by the sea on the coast, most of them – in my country. Dead dolphins are found every year for a long time now. That's not new. The shocking fact here is their number, which is crossing all boundaries this summer. As reported by most newspapers, only for three days more than 30 dead dolphins were found which add up to 100+ since the beginning of the year. Just as a comparison, the reported number of past years is nearly half of it. Those statistics rapidly turned into topic number one in the ecology's news section across all media. I will note that the numbers are just approximate because by the moment there is no exact calculation. 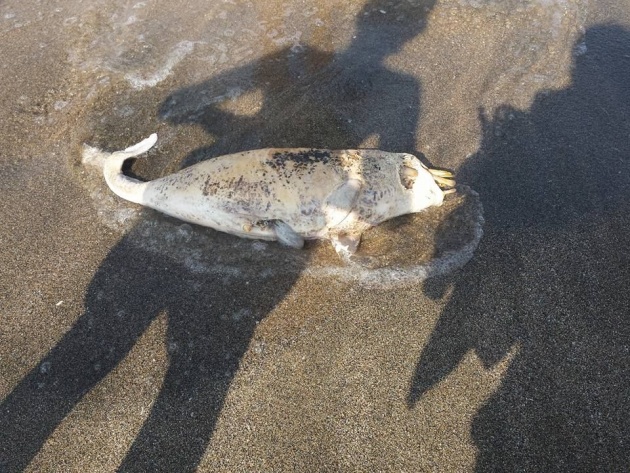 But first, let's talk about the dolphins that are still alive and some information you might find interesting.

Facts about the Dolphins

The word Dolphin includes many species across the world, but I'll use the general term, as I don't want to go too deep into zoology nor ichthyology.

A small gregarious toothed whale that typically has a beaklike snout and a curved fin on the back. Dolphins have become well known for their sociable nature and high intelligence.

Dolphins are the largest predators in the Black Sea; we don't have any other larger animals from the Whales family. And as such, they are an essential part of the ecological system. Unfortunately, the only natural enemy of those beautiful creatures is humanity. Even though they existed long before us, the course of evolution made us stronger than them. Because of the ecological value of the dolphins, they are currently protected by the law of Biological Diversity in Bulgaria and some other directives. 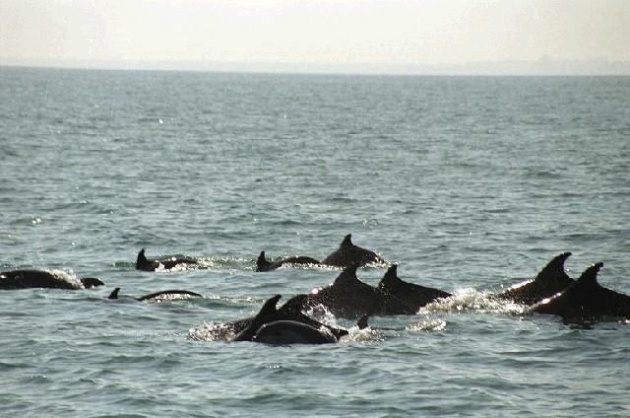 There are three types of dolphins living in the Black Sea, and those are Mutkur (often called sea pig or porpoise), common dolphin, and Afala (which is the largest one). Although their morphological features (shape of the body, fins) look a lot like those of fish, dolphins are actually mammals, just like us. And because they live in the water and swim many people are often confused about this fact. They even have their own specific language including sounds and gestures, which are still being examined by ichthyologists. That is not surprising, considering pets like cats and dogs developed their own way to communicate with us. Why wouldn't other mammals have theirs, too? I have seen dolphins three times until now - swimming near the shore in my country, in the Atlantic Ocean, and I also saw a dead dolphin last year near the north beach of Burgas. 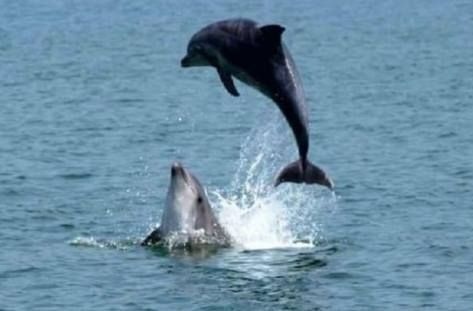 The sounds dolphins make to communicate with each other are considered relaxing and stress-relieving. They are widely used in meditations and other audio treatments/therapies. When I first heard their sounds I thought they are really weird, like screaming, but after listening for a while they became hypnotizing for me. In fact, any sound of nature makes me feel this way – birds' singing, waves, etc.

Many studies prove that dolphins are extremely intelligent. They can be trained, and their learning speed is quite impressive compared to other mammals. In my country, most dolphins live free, but we also have a dolphinarium in Varna, which attracts many visitors during the summer months. This attraction is popular for the shows the dolphins perform, using balls, jumping tricks and friendly behavior. They easily allow being touched by people providing a unique experience. I visited the dolphinarium twice a long time ago when I was a child. 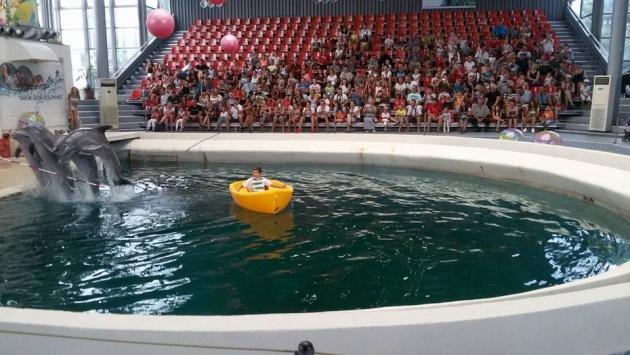 The dead dolphins are a fact, widely reported not only on our local information agencies but also internationally. The part that is not clear yet is why it is happening, what's the exact reason for their deaths. Many theories started floating around the air in the last weeks, so here they are:

1.  There might be some kind of epidemy, the dolphins got sick and that led to a large number of deaths. But... Whenever there is an indication for epidemy, it takes a lot of experiments and tests to prove such theory, and this is a slow process.

2.  The dolphins might have died due to the loud noises, caused by military training and detonations close to the seaside. Increased decibels could have harmed their vestibular system. Although that's completely true and scientifically proven, the timing of those loud sounds should be linked to the moment the dolphins actually died. This is a difficult task if we consider that they might have spent plenty of time in the water before they were thrown on the shore by the waves.

3.  They might have been killed intentionally by fishermen in an effort to protect the fish. This version started flowing around years ago after local fishermen claimed several times that the population of the dolphins is increasing. According to them, the dolphins were attacking their fishnets to feed. To solve this issue, the government is already discussing a change in the law to forbid fishing in dolphins' habitats.

4.  Some dolphins might have been trapped in the fishnets, and since they couldn't swim out to breathe, that led to their suffocation. The mammals live in the water, but they can't survive if they don't go to the surface to breathe. 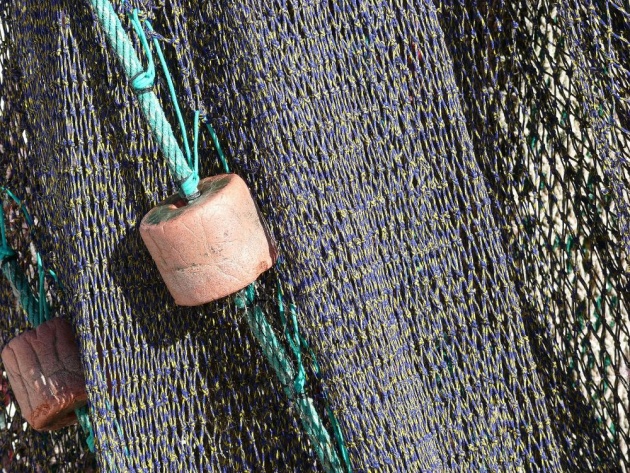 Many tabloids reported other related theories as well, but since I don't consider them very probable I will not discuss those.

Although none of the four theories above was proven so far, some of them sound pretty conspirative. To find out the truth requires time, for researchers to examine the facts and probably make autopsies of the dead animals. Of course, this is a significant issue and I'm quite sure people responsible for the Black Sea ecology didn't stop working, in order to find out a solution. Multiple discussions were arranged to sort out and make suggestions for different scenarios. But, the most important fact is that a decision needs to be made to protect our friends, the dolphins.

As of me, I somehow can't accept that people could harm those creatures on purpose. The thought of this is too absurd to even consider it. However, there is a high possibility that human actions caused the issue unintentionally (no matter what the exact reason is) since the statistics confirm a number that can hardly be achieved by coincidence or a natural phenomenon. And if we are the ones who did this, it's again us who should make sure to do our best to reduce the damage. I can see meetings are organized urgently and suggestions are made, but I really hope this process could speed up because nature can't wait that long.

There are no clear calculations of the population of the dolphins in the past years. Counting all specimens requires specialized technology and time. Partial counts are performed every few years, but now that this issue popped up, I hope things will change for the better in that area.

No matter the reason, such events lead to changes and consequences for nature. If the number of the dolphins continues to drop, that could have a huge impact on the entire Black Sea fauna. Since they are the largest living creatures, and they feed on fish, they work as a regulator of the ecosystem. The Black Sea, on the other hand, is a closed ecosystem; there is no option to recover its losses if something like that happens. The sea is not connected with any other big saltwater pools. The only water coming into the sea is from the rivers, which are considerably smaller and their water is fresh. So, we can only guess what those recent events will lead to. 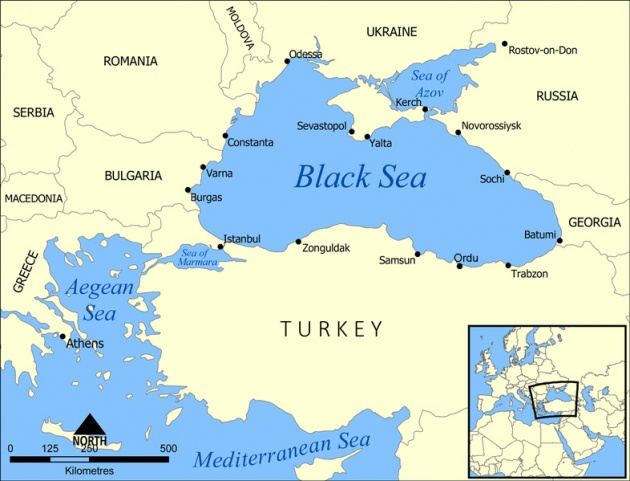 Now, if you remember biology lessons, all members in an ecological pyramid are tightly connected and mutually dependent on each other. The larger species use the smaller as food and this pattern goes on to the top. Those connections are so strong that if the population of a certain member decreases its number significantly, it affects the entire structure. I don't really want to imagine what could happen to that diversity in the Black Sea pool with decreased number of the top member of the pyramid. 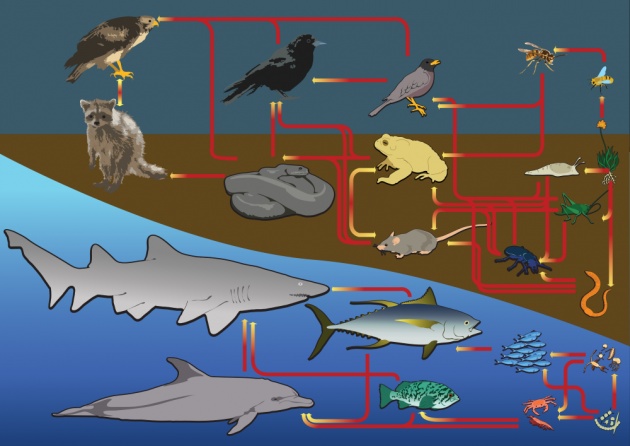 That's why it's so important to act as quickly as possible in researching and defining the proper actions. Otherwise, the results could be devastating for the local flora and fauna, and that's not in our best interest.

Although this issue is really worrying, I'm optimistic that we will take the necessary measures to cope with this problem. Only time will show... 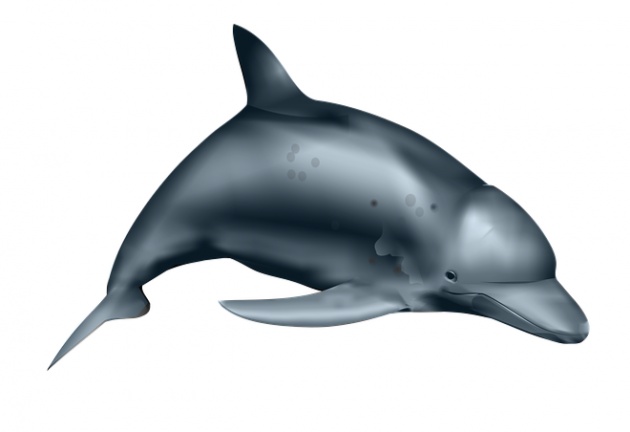 Dolphins are one of the ocean most amazing creatures. It is known that dolphins can grow to weight 2…