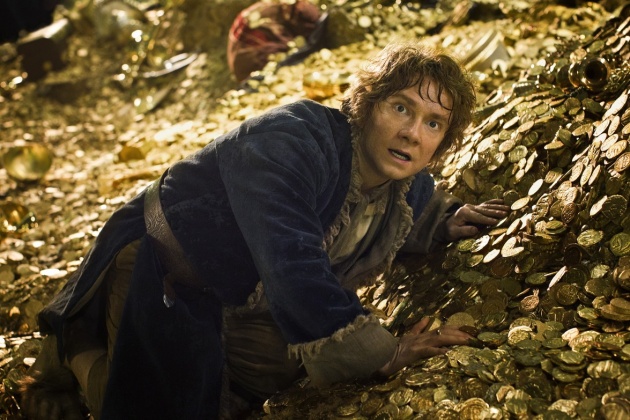 "The Hobbit: The Desolation of Smaug" breathes fire at the box-office beating previous weekend's box-office champ "Frozen" to the top spot.

"The Hobbit," the Warner Bros. sequel from writer/director Peter Jackson opened at No. 1 with $73.7 million while "Frozen," Disney's animated tale, slid to No. 2 with $22.2 million bringing its overall domestic total to nearly $164.4 million in just three weeks.

The other new release this weekend was Lionsgate's "Tyler Perry's a Madea Christmas" and it underperformed to the tune of $16.2 million!  All of the Tyler Perry movies have opened in the $20 million range except for this holiday-themed Madea flick.  Maybe people are tired of Madea's antics already?

The good news of the week belonged to David O. Russell's "American Hustle" which earned $690,000 over the weekend in just six theaters!

Here's the estimated list of the Top 10 Box-Office Films for the weekend of 12/13: