THE KYOKUSHIN KARATE AND SOCIAL GOODS

Yesterday, I read the blog of micky-the-slanted-salerno about double reward (Blog about Sports and Social Good and earn Double Rewards), so I thought to write a blog on strongest, perfect, full body contact and hardest Karate that is “KYOKUSHIN KAI KAN KARATE”. I think Kyokushin Karate is the best karate style in all styles of the World. 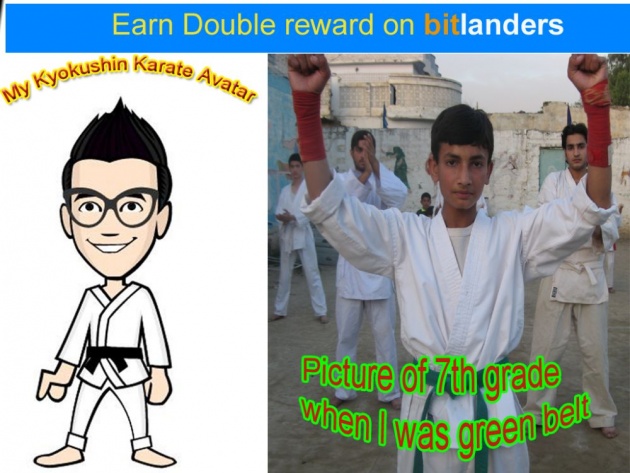 (Image Source: bitlanders.com and self......This picture is edited by me!)

Kyokushin Karate is my own game:

Basically I’m black belt 1st dan of Kyokushin Karate (I’m also player of Gymnastics but I’m ore expert in karate). I was in 5th grade when I took admission in Karate and Gymnastics training center (Super Gymnastic & Martial Arts Academy) situated in Haripur, KPK, Pakistan. My teachers Sir Asif Khan and Sir Riaz Khan Shaheen did very hard work with me and made me a good player of Kyokushin Karate. I did all the hard exercises that made me strongest & perfect. My teachers told me the rules and regulations of this game. In short, they made me an expert of this game, as a result I got black belt and became district, divisional, provincial and at last national champion of Pakistan of -60 kg weight category. 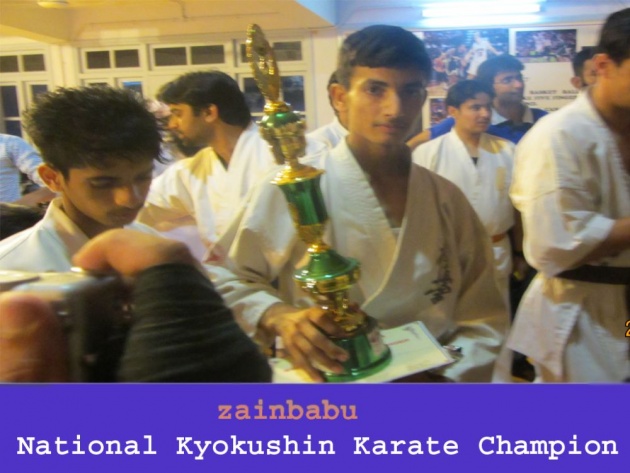 (Image source: Taken by my own camera and edited by me)

Karate is the Japanese word that means “empty hands”. So karate is the game that is played with empty hands, means no weapons etc are used in karate. 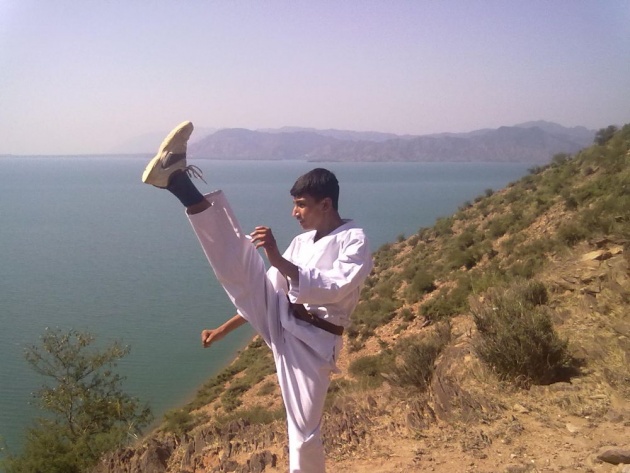 (image source: taken by my own camera)

There are lot of karate styles, some of them are given below:- 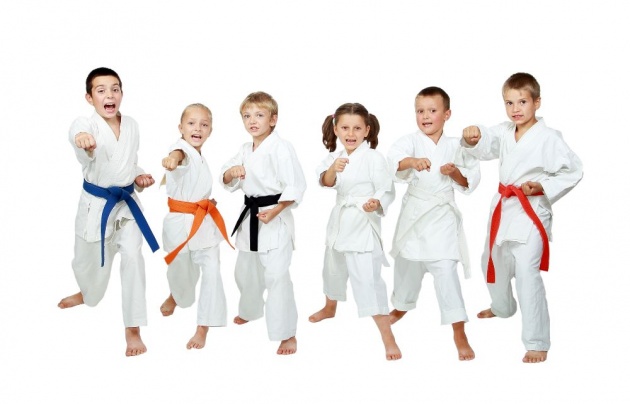 Kyokushin Karate are invented by Japan in 1964. Kyokushin means “ultimate reality” and kai kan means organization so Kyokushin Kai kan means “organization of ultimate reality”. Founder of Kyokushin Karate is Black Belt 10th Dan RIP Sosai Masutatsu Oyama. Oyama founded Kyokushin Karate by very hard work. He practiced alone in the mountains of spata for 18 months. During this duration he faced many hardships i.e. he faced very dangerous wild animals, sever coldness and hotness, but he was determined and overcome all the hardships. As a result he made his body so strong as a rock and then he returned in public and proclaimed that “is there any body who want to fight with me,” but there was a full silence and no body dared to say a single word.

After that Sosai Oyama made different federations and organizations of Kyokushin karate and spread it all over the world. There was a addition of new, hardest, best strongest and full body contact karate in the list of karate.

Techniques and training of Kyokushin Karate: 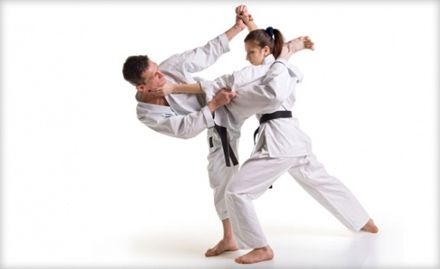 ·         Kyokushin Karate are the hardest karate that need more energy, so Kyokushin player always remain far away form all social evils as he has to maintain his energy level high. 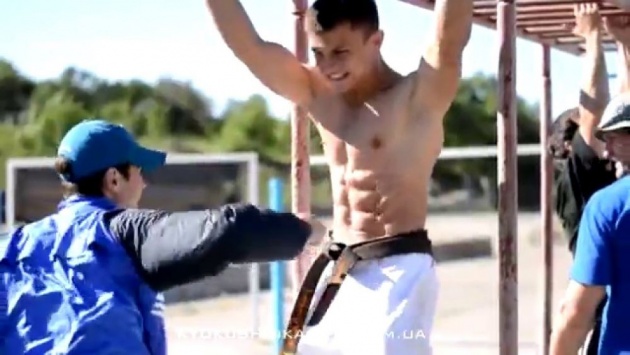 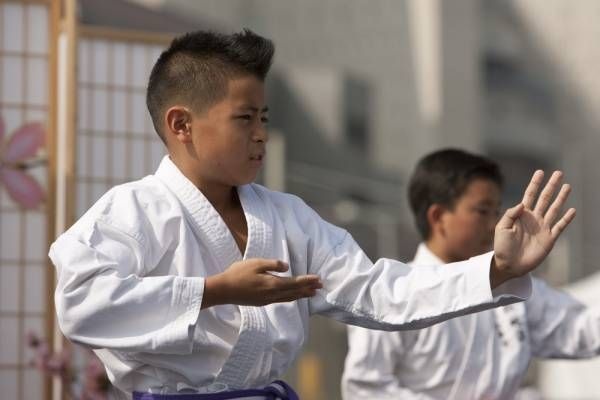 This is very famous quote that “healthy body has healthy mind”. As Kyokushin Karate are also healthier karate so Kyokushin Karate player always remain best in academic and other social activities. 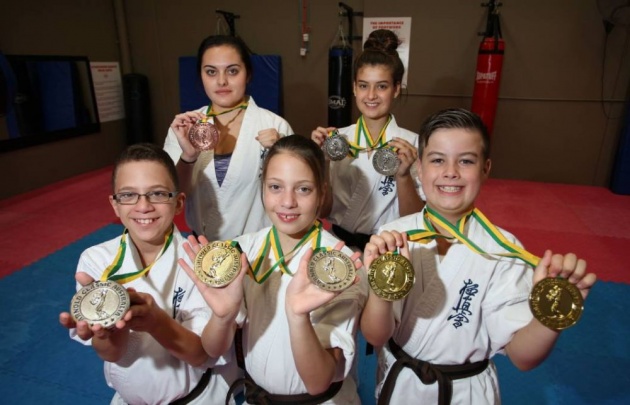 Kyokushin Karate is the best sport that maintains your body strong, healthy and perfect. The main thing is that Kyokushin karate is defensive and not an offensive. This karate increases the abilities to endure hardships and difficulties. 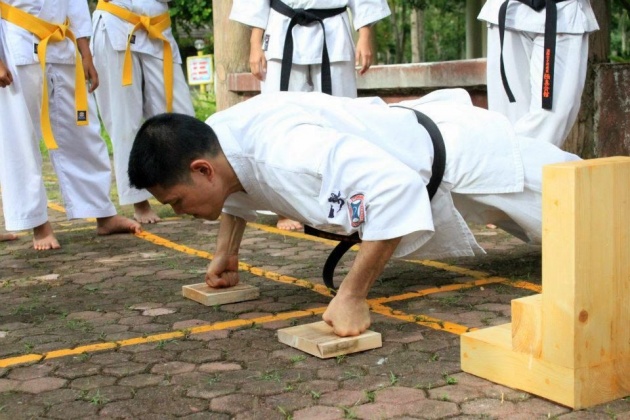 Like all the other games Kyokushin Karate leaves positive effects on a society. Kyokushin Karate teaches us a sportsmanship and sportsman spirit, respect of elders and love, affections and cooperation with juniors. 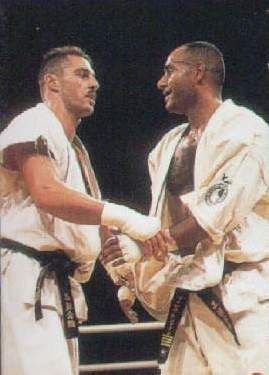 In short this karate makes you a civilized person of society.