The Moral Value of Money

Journal of a Wayward Philosopher
The Moral Value of Money

Last week we examined the majesty of mindfulness, and we suggested that politics was the bane of human civilization. There are many reasons for this, but at the core is this: politics is based on coercion. Politics rests upon the notion that those who gain political power have the right to force people to do things against their will using the police power of government. This is always a zero-sum game: one side wins and the other loses.

The U.S. federal government collects roughly $3 trillion in taxes annually. The civics textbooks tell us that taxes are the price we pay for civilization, but I have to ask: where does all of this money go?

The textbooks tell us that taxes go to maintain our roads and fund our schools, our police and fire departments, our courts, our legal record-keeping systems, and our libraries. Taxes are just part of this social contract, the textbooks say. But if you actually dig a little deeper you will notice something striking: all of these items are primarily funded by state and local governments. In fact, the federal government, through federal grants, only contributes 4% of its budget to transportation related items, 2% to education related items, and only 1% to other governmental items such as police departments. That leaves roughly $2.79 trillion dollars going to something other than core civil services.

So where does it all go?

81%, or roughly $2.26 trillion, goes to maintaining social welfare programs, financing a global military empire, and paying interest on the national debt. These are all wealth-destroying operations. Instead of being reinvested, capital is extracted from the productive economy and funneled into domestic consumption, overseas militarism, and killed off via debt service. And you can bet that much of this money is filtered through layer upon layer of bureaucracy and siphoned off by special interests every step of the way.

That is politics in action.

Back in 1908 German sociologist Franz Oppenheimer, in his book The State, suggested that there are two fundamentally opposed organizing principles of social life. The first is what he called the economic means: the voluntary exchange of goods and services in the marketplace. The second is what he called the political means: the appropriation and redistribution of goods and services via the political mechanism – the State.
Henry Hazlitt expanded upon this concept in 1946 with his classic: Economics in One Lesson. This is the very first book anyone interested in learning economics should read.

Free market economists have also discovered that if you want to know where a civilization is on the persuasion-coercion spectrum, all you need to do is examine the morality of its money. Now I use the word morality to refer to virtuous conduct rather than adherence to an arbitrary set of rules. In other words, morality refers to the extent to which positive inputs lead to positive outcomes.

Feudalism was the means of social organization prior to the development of the market economy. Feudalism was land-based in that various kingdoms claimed ownership of all land within a geographic territory. The king gifted land - manors - within the kingdom to nobles. Manors typically consisted of a village, a church, a mill, a wine press, and agricultural land. Nobles permitted vassals to live on their manor in exchange for their labor. Vassals would work the fields, grind the grain, and give a portion of the harvest to the nobles.

Money was not involved in this relationship whatsoever. Vassals were permitted relative freedom to live, play, and marry on the manor in exchange for a portion of their production. This tied vassals both to the land and to their station – they had very limited means of advancing beyond their social class.

The market system changed this dynamic.

Money became the means not only for survival, but for progress. In a market-based system, the only way to make money is to provide goods or services that other people want. In other words, to make money you have to provide value for your fellow man in some capacity. To make a lot of money you have to think about what others want, then you have to find better, faster, and cheaper ways of delivering it to them. This is where the supply-demand and profit-loss functions come into play.

Money represents the reality that every individual is the owner of his mind and his labor. In the market society, everyone is free to engage in work of their own choosing thanks to the division of labor, and everyone has an opportunity to improve their lot in life according to their own productivity and ingenuity. Money is the driving force behind this individual empowerment.

Along with empowering individuals, money also advances human civilization. Prior to the development of market capitalism, production did not significantly exceed consumption over any extended period of time. Production was primarily agricultural in nature, thus any surplus was systemically saved to compensate for future deficits – there was no capital investment mechanism. This is famously depicted by Joseph's interpretation of the Pharoah's dream in the book of Genesis.

Market capitalism increased production tremendously which enabled people to produce significantly more than they consumed for the first time in recorded history. This led to the formation of the financial markets as a means of investing surplus capital.

I think it is fair to say that the financial markets built western civilization. The major undertakings of the Industrial Revolution – the heavy machinery, factories, tools, textiles, steam engine technology, iron production processes, chemical manufacturing processes, gas lighting utilities, and the construction of roads, railways, and canals – required huge investments of private capital. The financial markets provided this capital in exchange for future financial compensation for investors in the form of money. Money was the driving force. 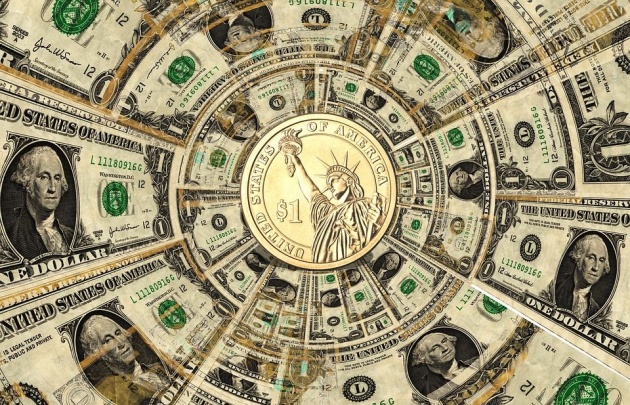 This is why money was originally gold. There is nothing particularly special about gold, but it possesses qualities that make it an exceptional form of money. It is consistent, divisible, durable, nonreactive, and malleable. Most importantly, gold is limited in quantity, difficult to obtain, and cannot be created from nothing.

These properties enabled money to consistently maintain its purchasing power year-after-year. As a result, prices did not rise continuously. In fact, history shows that prices had a tendency to gradually decline within a gold-based monetary system.

Over the past one hundred years we have witnessed a monetary shift from gold to gold-backed currency to 100% fiat currency. Money became less restricted, easier to create, and more politicized with every step of this transformation.

As money became more politicized and easier to create it began to flow more to those who employed Oppenheimer's political means, and those who employed the economic means began to get the short end of the stick. As a result, cronyism and political favors became the easiest means to making a lot of money in a short period of time. This has had a tremendous impact on the morality of money, thus a tremendous impact on the morality of human civilization.

This dynamic exploded once the cat was out of the bag. Within a few short decades artificial legislation and regulations were piled to the ceiling, debt was piled to the moon, K-Street was overflowing with lobbyists, money could purchase a fraction of what it used to, consumption cannibalized production, wealth was demonized, and a large percentage of the populace was clamoring for more of other people's money in the form of government redistribution programs.

The moral value of money had been destroyed.

All of a sudden an honest day's pay could not guarantee a quality life. All of a sudden investing surplus capital could no longer generate a reasonable return on investment without exposing it to considerable risk. All of a sudden hard work alone could barely cover living expenses, much less lead to a higher standard of living.

The reason for this is simple: the money supply has artificially exploded over the past century. Creating money from thin air drives the value of money down and prices up. This is especially true when the system is used to nefariously funnel freshly created money to special interests.

It now costs 1.7 cents to make a penny and 8 cents to make a nickel. Putting these coins into production costs the taxpayers tens of millions of dollars every year. You can walk around any city in the U.S. and find these coins littering the street. Millions of people walk right past them with little regard because they are worthless. They have been reduced to simple tokens, doomed for the dustbin of history. Yet there are still people alive who remember using these coins to purchase desired goods on a daily basis.

This is why the cost of living has skyrocketed – because the value of money has been destroyed. One dollar today is the equivalent of two cents in 1913. The U.S. dollar has lost 21% of its value since 2002 alone.

This trend will not turn around. Donald Trump cannot change it. Bernie Sanders cannot change it. They do not even understand it. The U.S. government has accumulated more than $200 trillion in unfunded liabilities on top of its $19 trillion national debt. These obligations cannot be honestly met so we can expect the requisite money to be created out of thin air – further destroying the value of the money.

This is why it is so important for you to structure your finances in a way that accounts for the nature of the current monetary system. I put together an online course called Finance for Freedom: Master Your Finances in 30 Days for this reason. You can access the course landing page from this link. We will be running a free webinar to go over some of the vitals within the next few weeks as well.

I am reminded of a quote from the Old Millionaire in Mark Fisher's The Instant Millionaire: "Keep this well in mind: external circumstances are not really relevant. All the events in your life are a mirror image of your thoughts.”

There are always opportunities to rise above the external obstacles in your path. Knowledge is the key.

For more information on how to master your finances in the Information Age, please see the online course: Finance for Freedom: Master Your Finances in 30 Days. Over 2,900 people have enrolled in this course and the average rating is 4.83 out of 5.