The Panama Papers are 11.5 million leaked documents that detail financial and attorney–client information for more than 214,488 offshore entities.[1] The leaked documents were created by Panamanian law firm and corporate service provider Mossack Fonseca;[2] some date back to the 1970s.[3]

The leaked documents contain personal financial information about wealthy individuals and public officials which had previously been kept private.[4] While offshore business entities are legal, reporters found that some of the Mossack Fonseca shell corporations were used for illegal purposes, including fraud, kleptocracy, tax evasion, and evading international sanctions.[5]

"John Doe", the whistleblower who leaked the documents to German journalist Bastian Obermayer[6][7] from the newspaper Süddeutsche Zeitung (SZ), remains anonymous, even to the journalists on the investigation. "My life is in danger", he told them.[8] In a May 6 statement, John Doe cited income inequality as the reason for his action, and said he leaked the documents "simply because I understood enough about their contents to realise the scale of the injustices they described". He added that he has never worked for any government or intelligence agency. He expressed willingness to help prosecutors if immune to prosecution. After SZ verified that the statement did come from the Panama Papers source, the International Consortium of Investigative Journalists (ICIJ) posted the full document on its website.[9][10]

Because of the amount of data, SZ asked the ICIJ for help. Journalists from 107 media organizations in 80 countries analyzed documents detailing the operations of the law firm.[3] After more than a year of analysis, the first news stories were published on April 3, 2016, along with 150 of the documents themselves.[11] The project represents an important milestone in the use of data journalism software tools and mobile collaboration.

The documents were quickly dubbed the Panama Papers. The Panamanian government strongly objects to the name; so do other entities in Panama and elsewhere. Some media outlets covering the story have used the name "Mossack Fonseca papers".[12] 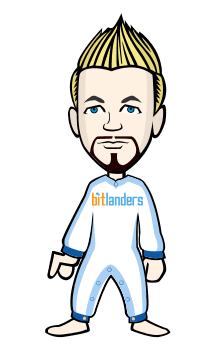 Why I Love Canva? And Why You Should Too?

Why I Love Canva? And Why You Should Too? Video Credits: Solopreneur Sidekickvia YouTube Image C…

The Opening of the Panama Railroad

January 28th 1855 saw the official opening of the Panama Railroad, which linked the Pacific and Atla…

Do You All Know that our Prime Minister Mian Nawaz Sharif during his 15 year Tenure , Increase their…