Before the beginning of time, night after night, Mr. Revus prepares the dreams of mankind. During his nightly routine, one momentous mistake occures which is the dawn of a big adventure. The story is about friendship, hope and how our dream world can be shattered by accident …

The animated shortfilm “The Tale Of Mr. Rêvus” is my graduation (Diploma) film, produced at the Georg-Simon-Ohm Hochschule – University Of Applied Sciences, Nuremberg.

The challenge of this movie was to reproduce the entire production process of an animated 3D shortfilm by myself including story development, concept design, modelling, rigging, directing, editing, animating, rendering and finally compositing (see credits).

The amazing score orchestrated by Simon Scharf student at the Hochschule für Musik Nuremberg (HfM) has been conducted by Guido Johannes Rumstadt, played by the orchestra of the HfM and recorded by Toni Hinterholzinger.

Special thanks to all the kind people who supported me in a very tough time, my beloved family , Prof. Jürgen Schopper and Tobias Wiesner. This movie wouldn´t exist without you…

Besides the actual technical and creative production the story turned into a very personal metaphor. 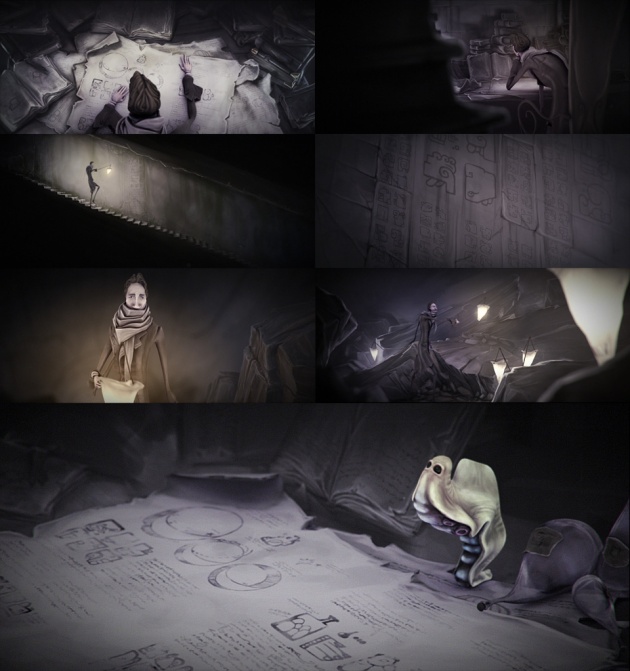 Allthough the city is not really present in the movie there had to be the outside world too. Sketching out some ideas lead me to an clearer idea how the world could be.

The home of Mr. Rêvus is a place that could not really exist. It is a place where time and space do not behave as in the real physical world. Therefore the dimensions of the outer and inner of his flat are nearly impossible. 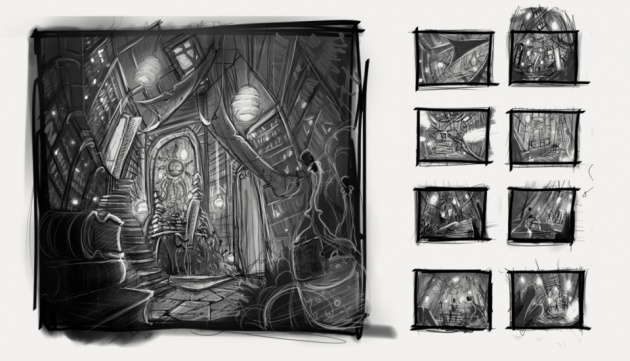 Creating the look of an imaginary world requires many studies and sketches. While bringing ideas to paper, the look refines in every drawn sketch.

During production many drawings and paintings came into being. Unfortunately many shapes and ideas where rejected in support of the story. C`est la vie!

Technically the ancient alchemy of dreams is the center of attention of his journey. Hints to this very old craft are the hieroglyphic patterns found in his environment all around.

The character design started as a few sketches. I will only show the process of Mr. Rêvus himself. The caterpillar like creature was developed the same way.

Thinking of a character in three dimensional space is possible while drawing but considering the fact that the character has to be modelled digitaly I decided to explore the characters shape in reality. After this step I build a digital mock-up maquette in 3D. It was based on my experiences that I made in reality and I was always able to check proportions and ideas on the real modell in my hand.

It was crucial to focus on the design and not technical stuff at this stage. The animation-ready mesh topology was taken care of after the design was finished. 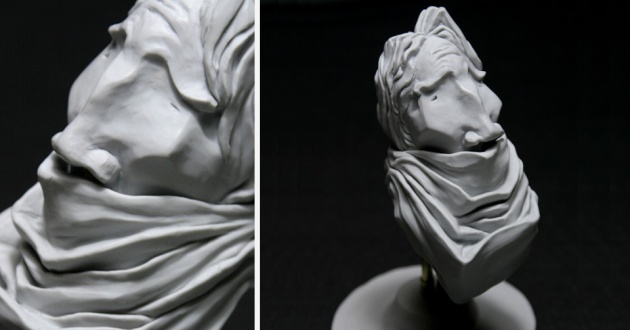 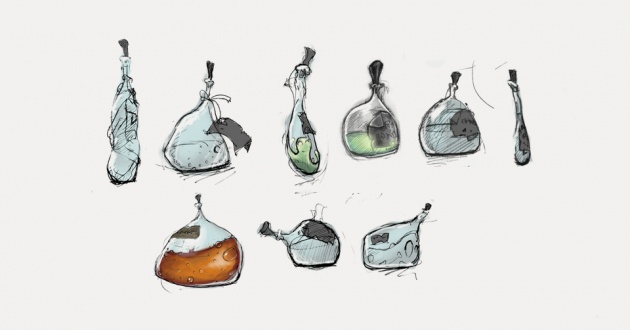 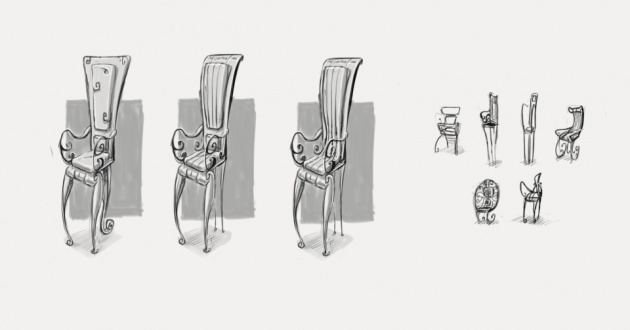 While bringing the script to life the first stage is drawing storyboards describing the story in a visual manner. To test the speed and visual composition of a shot these images were set up in an animatic with layout music and soundeffects. I set a high value on visualising the animation in this early stage so the amount of images grew quite a bit. During this production approx. 580 storyboard images where drawn by myself standing for 197 shots in the movie.

The characters as well as the camera setup (eg. importing real tracked camera movement) became quite complex so I programmed a few different selfmade controlsystems to speed up the process.

Besides the synoptic controlls of the characters I wrote many scripts and even a whole programm to get the production pipeline running. In the end there were over 3500 lines of JavaScript and AHK programm code controling many different tasks. Considering the amount of work that has to be done by myself I really needed automation.

I was always a big fan of art and animation and as a child I was overwhelmed by the magic and emotion an illustration, a movie, in particular animation, can achieve. My starting point was definitely “The Nightmare Before Christmas” by Tim Burton, a classic incredibly well animated stopmotion feature…