The Terror of Sleep Paralysis

It’s time for Halloween again! Time to visit the cemetery, Halloween party, and scary stories. Last year, I've written about doppelgangers, "Doppelganger: Your Twin From Another Dimension". For this blog, I will share to you another chilling story I experience occasionally.

Have you ever woke up finding yourself unable to move your body, speak, and can barely open your eyes? Welcome to sleep paralysis! 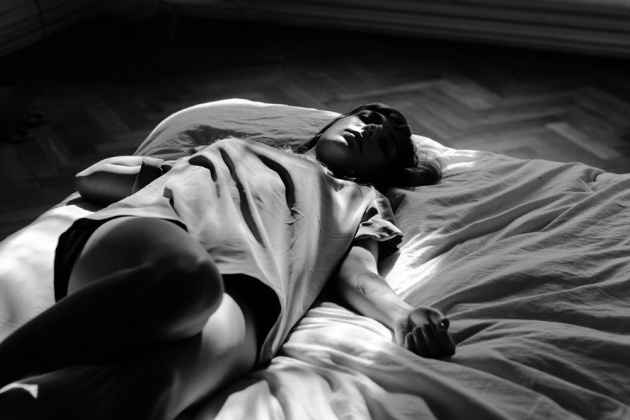 My brother and sister have experienced sleep paralysis a few times when I was still young. They don’t know what it’s called so my siblings assume it was a form of nightmare. They said they can't move as if someone was holding them. I could hardly understand this phenomenon until I was able to experience it firsthand.

My first episode of sleep paralysis was during my vacation when I was a freshman in college. I was sleeping with my mom and brother at our computer shop (the only place in our home with air conditioner back then) and I felt secured that I would never encounter something scary because I am not alone. 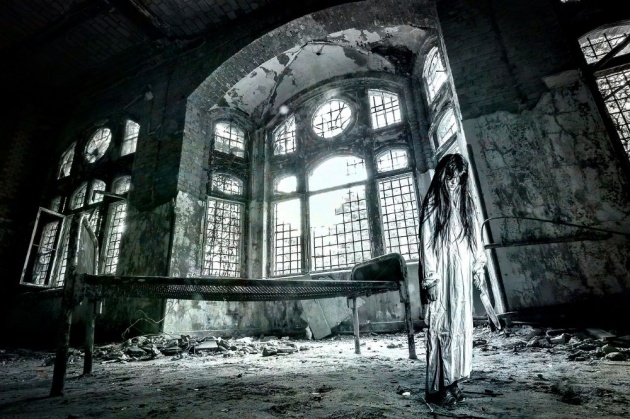 One night, I woke up unable to move my body and can barely open my eyes. I was very confused and scared of what’s happening to my body. My eyes could hardly look around the room, and while doing my best to move my eyes, the first thing I laid eyes on was the wall clock. The time back then was around 1 in the morning. Staring at the clock, my peripheral vision caught someone standing at the right side of the room. I began to feel more scared, but as much as I would like to look away, I forced my eyes towards the right because I want to see the face of this person. Sadly, I was only able to move my barely-opened eyes very little so I wasn’t able to see her face. However, I am sure that she is an old woman. She was wearing a white dress or gown and her hair was short. This old woman was facing towards my direction looking down on me, but not moving.

After forcing myself to move, I finally woke up panting, terrified of what just happened. The sleeping position when I had the episode was the same when I woke up. Time was also the same. Of all my episodes, I realized that this was the only one where the entity has an image. What’s more creepy is that my sister had a glimpse of an old woman in that same room a few years before my experience. She was encoding alone in the computer shop when she saw the old woman. 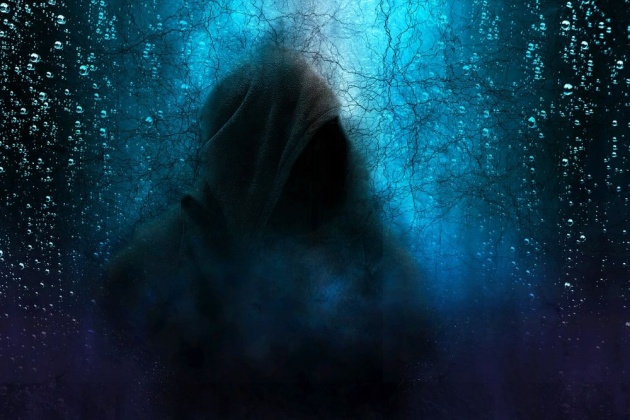 My second episode was the scariest so far. I was in our living room, sleeping on my right side when I woke up paralyzed again. I began to panic and cry while trying to call my mom who was sleeping beside me. Of course, I failed because no voice was coming out from my mouth that won’t also open. I cried more until I felt a hand caress my hair slowly.

I tried looking up to see who was on my head running its fingers on my hair. As usual, I can hardly move my eyes so I started saying a prayer in my head hoping that it will be over. However, things got worse while I was praying. That somebody stroking my hair suddenly spoke, and he wasn’t just speaking random words. He was repeating the prayer I am saying on my mind and his voice was very deep and evil-like. Thankfully, I woke up before that entity could do something more.

I didn’t see him but this is my worst episode at the moment. Again, my sleeping position during my sleep paralysis episode was exactly the same when I woke up. It was so scary for me that I finally began searching about this situation or "nightmare" (as my siblings call it). I found out that this occurrence is called sleep paralysis. 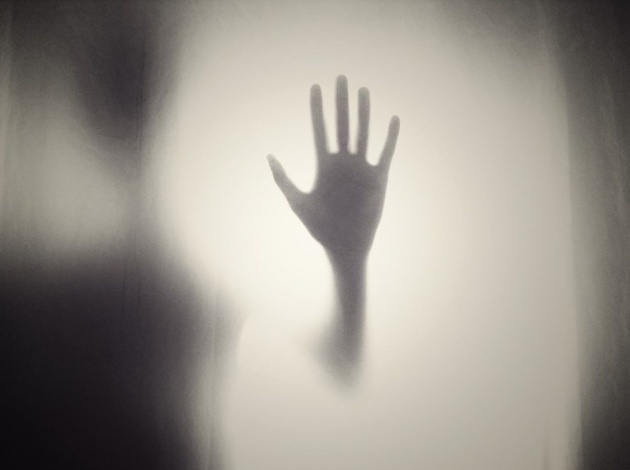 I had a few more episodes until this next one, and this happened during the day right before I wake up. When I opened my eyes I saw a shadow on top of me straddling my legs. If I were to describe the shadow, it looked like the Black Zetsu in the anime Naruto. Of course, it doesn’t appear in 2D. The shadow in my episodes was the real thing.

I can’t do anything to run away since I can’t move my body. It wasn’t long before the shadow began to put both of its hands on my left hip and shake my body as if it wanted to wake me up or get something off of me. (I was laying on my right side.) I was very frightened as this was the closest a shadow has ever been to me but at the same time, I felt like almost laughing because the shadow’s fingers were ticklish. I don’t know what to feel that moment. Should I laugh or should I get horrified? But one thing’s for sure, I want to get out of it. I forced myself to move my body until I woke up. If I have a funny experience with sleep paralysis, this is the one. I believe I had this episode last year. 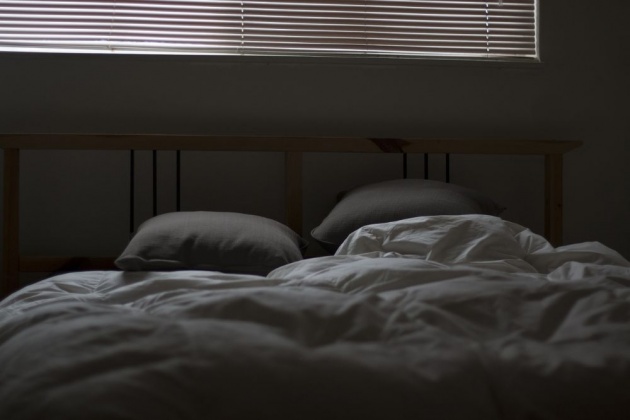 Last, and my latest episode of sleep paralysis is what I call the suffocation. This happened just this month of October. I woke up lying on my back or in supine position and realized that I am again under sleep paralysis. After a few moments, I felt a shadow on the right side of my head. This shadow lifted the corner of my pillow and was forcing to cover my face with it. Unfortunately, the pillow only reached until my cheek but I can feel its merciless intent of wanting to suffocate me to death. The episode was only short but still frightening since this is the first time a shadow had shown action or intention to harm me.

Okay, let me just add my mother's experience with sleep paralysis too. It happened just around two months ago. She said there was a cold white smoke or like a fog covering her body and preventing her to move. While experiencing this, she could see her surroundings and even me who was working on the laptop. I actually heard her making random sounds. I thought my mother was only having a usual bad dream so I didn't try to wake her up. It never crossed my mind that she was already having sleep paralysis. My mother doesn't know what she just had until I told her that it's sleep paralysis.

Sleep paralysis occurs when you wake up and your body suddenly feels immobilized. You can't move your whole body or even your mouth to speak. Difficulty in opening the eyes could be experienced too. 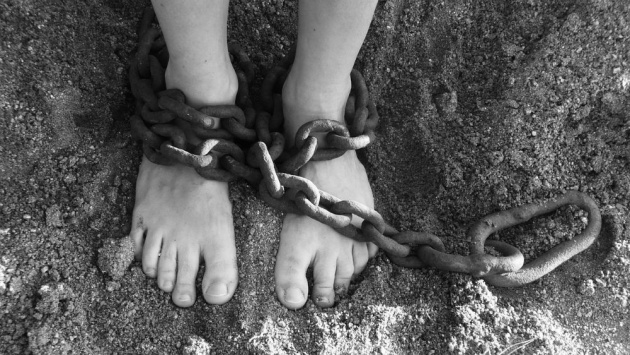 People who experience sleep paralysis often feel fear and panic due to being paralyzed, but the scariest thing people experience who are under sleep paralysis are the supernatural creatures they see. These creatures can be in a form of shadow, monster, demon, alien, or the old hag. They can be harmless, just standing on one corner; or hurtful, like dragging you out of bed or sitting on your chest to give you difficulty breathing. You see creepy creatures but you can't run away nor scream in fear. What's more terrifying than that?

Sleep paralysis may happen just after you've fallen asleep or right before you wake up. In my case, I usually have my episodes before I wake up.

There is a debate whether sleep paralysis is a sleep disorder or paranormal related. If you just had your sleep paralysis for the very first time, you would most likely think that you've been haunted by some demonic entity. However, science also has an explanation as to why we experience sleep paralysis.

According to scientific study, sleep paralysis is the state of the body wherein we wake up while still on the stage of REM (Rapid Eye Movement) Sleep. This results to being aware of your surroundings while your body is still asleep. Your body goes into REM stage when you sleep and during this stage, your body gets paralyzed so that it won't act out your dreams. This is to avoid causing injury to yourself and people around you. On the other hand, the scary creatures we see or feel are merely hallucinations which is caused by the overlapping of wakefulness and REM sleep. Science also says that sleep paralysis is caused by sleep deprivation, too much sleep, different sleeping patterns, stress, or basically having poor sleep hygiene. Sleep paralysis is also linked with the neurological disorder called narcolepsy. 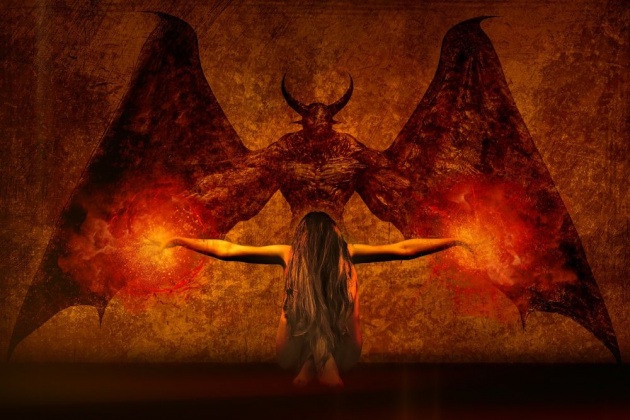 In paranormal explanation, sleep paralysis happens when you are attacked by a demon, evil spirit, or a witch. Sleep paralysis was already known for so long, even before having scientific explanations. There were different cultural beliefs regarding sleep paralysis, and among these are the old hag and incubus and succubus. The old hag is a creature that sits on your chest to keep you from moving and give you difficulty breathing. Meanwhile, the incubus and succubus are demonic creatures that sexually assault the individual. The incubus attack women while the succubus attack men. 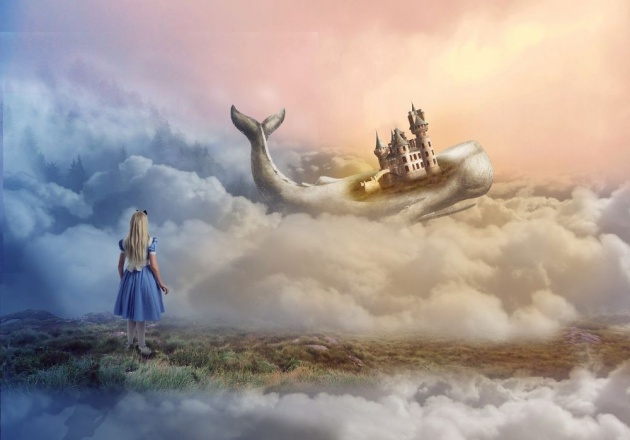 If you think sleep paralysis is just about having horrifying encounters with evil entities, you're wrong. Some people experience blissful moments with sleep paralysis too, as this is also a way to enter lucid dreaming and astral projection. 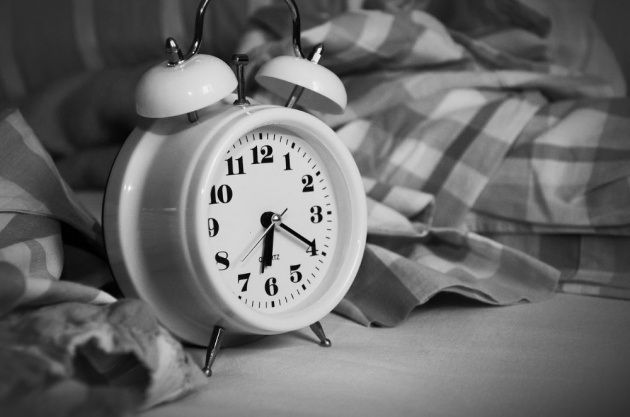 In case you want to prevent experiencing sleep paralysis, make sure to get enough sleep, sleep and wake up on the same time every day, make your environment comfortable to sleep to, and exercise regularly. Avoid sleeping on supine position too. Prevent eating huge meals, smoking and drinking caffeine or alcohol before sleeping. Most of all, avoid getting stressed. When you have sleep paralysis and want to end it faster, do your best to move your toes or fingers. 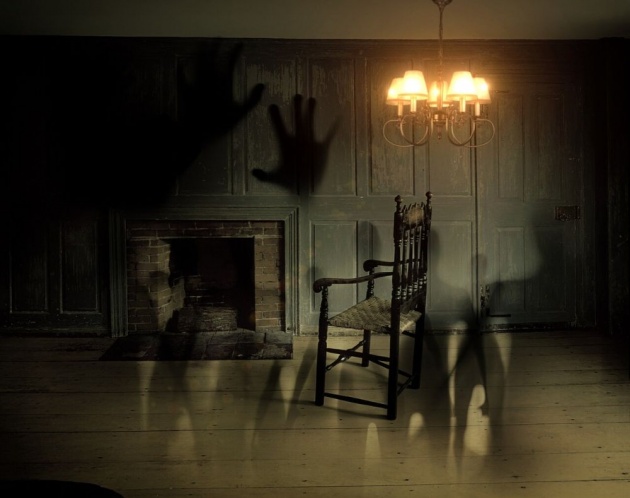 Whether it's a sleep disorder or something paranormal, there's one thing that would never change. It's scary and feels very real. You feel so vulnerable, helpless, and unable to protect yourself from the threatening presence.

I've experienced sleep paralysis for quite a few times already. I can't move every single time, however, not all of my episodes have a malicious creature present. Sometimes I see nothing but still feel their presence, and there were also times when there's totally none. I just wake up unable to move my body, that's it. You know when something is there or not because you'll definitely feel it. For me, experiencing being half-asleep and half-awake at the same time is amazing, but still, sleep paralysis is weird and scary. I believe with its scientific background but also consider its paranormal explanations. It's up to you what to believe in. Happy Halloween!