The way to influence to a person

With a deep thinking we can achieve to this point that we can penetrate to everything and person being in the world but we have to remember which every person and thing has its particular way of penetration.

Humans also has a special pore, As the investigations show , the only and the most important route to influence to a person is his or her belief  which reflex  through the human’s speech, thoughts and views that all of these have the root in to the human’s trusts . 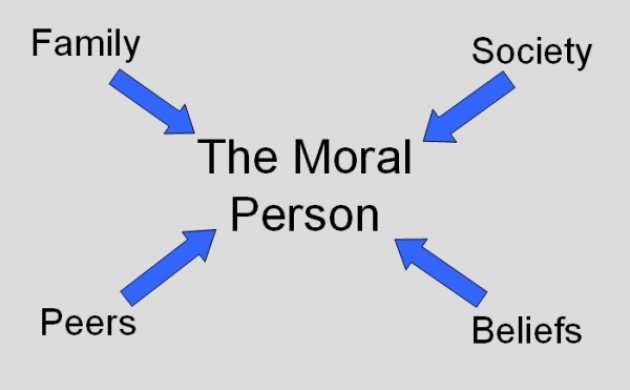 Every human with all of his or her thoughts is warrant on the pillars of his or her belief and seems like all humans just live for his or her belief. It is mentionable that the thoughts of  human  have the important role to shape the live of human then we can claim that the only way to influence to a person is her or his trusts.

If we have a outlook to the decades before the 20th century then we can understand which there was no worth for  the public opinions by the ruling part of the society and even they dislike these believes .

Robert peel had been cited in to his private letter to his friend: (( public opinion is the mixture of stupidity, obstinacy, weakness , prejudice and paragraphs of  newspapers.)) So if we focus in to this issues then we can feel that the passed ruling parties did not have any respect for the public opinions and sounds that they did not want that people exchange their information and thoughts to each other which unfortunately it was the biggest problem of them that they wanted to had a dictatorship but this caused the revolutions of France, Russia and many other topics across the world.

After the 20th century  the ruling parties that all belong to governments of that time decided to think on this issue and give some value to what people think and they felt that their survival is directly related to the public  trusts and believes .

At last we can say that if we want to penetrate to someone then the only way is his or her belief and if we could influence to someone then we can bring changes to that person and It is mentionable that for the penetrations ,the person who we want to influence to him or her must trust on us .He or she must belief that we see what they see , we think what they think and we say what they say then it will be impossible to influence to someone and its clear that if  we penetrate to any person then we can change him or her as we like to be.