There's no other show on TV quite like it. Scream Queens delivers its deadliest, dance-iest episode yet...

Scream Queens chose the perfect time to unleash its "deadliest episode yet". After a few weeks of fun yet toothless drama, the show's last episode before its mid-season break (don't worry - we'll be back in a couple of weeks) was an ideal opportunity to off a couple more characters and raise the stakes for the countdown to the finale and - one hopes - answers. It's almost like the booming voiceover man saw us starting to check our watches last week.

Seven Minutes In Hell was the closest Scream Queens has come to a genuine slasher film, albeit with certain aspects truncated to accommodate the small screen format. There was still plenty of satire, mind, and plenty of laughs, too, but Seven Minutes In Hell might be the closest the show has come to fully living up to its irrelevant comedy-horror premise. For forty minutes, there were ample deaths, some great lines (courtesy of Emma Roberts, once more) and an eerie atmosphere. The final sequence in the sorority's underground tunnel system was expertly shot by Michael Uppendahl (American Horror Story) although it could have done with being a bit longer. Also, Zayday is one of the show's best characters and Scream Queens appears to have its heart set on putting her in the most peril possible. A memo to the writers: please, please stop.

Ryan Murphy was the writer of this week's instalment and just glimpsing his name in the opening credits sets up certain expectations. Seven Minutes In Hell was part-funny, thrilling and utterly ridiculous. While the deaths may not have been guffaw-worthy (thank goodness), some of the revelations were. The reveal that Chanel had elaborately planned for Zayday to win the KKT presidential election was daffy and far-fetched but we've come to expect that from a show like Scream Queens. Likewise, the reasoning behind why Chanel #3 constantly wears her ear-muffs was ridiculous, and it's interesting to see that the writers are still pressing forward with the storyline about Charles Manson being Chanel #3's father. A slightly uneasy thought is the prospect of Manson himself appearing as a character. Given how Madame Delphine LaLaurie and the Axe Man popped up in American Horror Story, and Aileen Wuornos is set to feature in the now-airing fifth season, I certainly wouldn't put it past Murphy. Despite the odd material Billie Lourd is being given, it's great to see her with a meatier role than usual. Her relentlessly dry, detached viewpoint is hugely entertaining and a refreshing change from her sometimes shrill fellow cast-members.

There was a touch of Agatha Christie about Seven Minutes In Hell, too. The entire sorority and a few of the ineffectual Dickie Dollar Scholars being locked into the KKT house certainly channelled a bit of And Then There Were None. Just before she was killed, Sam managed to convince one of the Red Devils to unmask and in a moment of deliberate baiting the Queen of Crime would be proud of, Sam said, "I knew it, I knew it was you". Given that everyone was in the living room at the time, the Red Devil that offed Sam must have been Gigi, Wes or Pete. It could also have been Dean Munsch or Denise, but there's almost no point in trying to deduce. Scream Queens is offering up scant clues to the identities of the killers and we can't even determine how many devils there are. Perhaps the creators will take another leaf out of Christie's book and go down the same route as Murder On The Orient Express? Scream Queens hasn't expressed much of an affinity for logic so it's certainly possible we could finish with a 'they-all-dunnit' explanation.

As soon as the sleepover kicked off, it was pretty clear who was for the chop. Poor dismembered Caulfield was no real loss and the same can be said for Roger whose brother met a sticky end last week. The only killing that carried some element of tragedy was Sam's and her relationship with Chanel #3 was sweetly played out. But, this is Scream Queens, and any poignancy was tossed out of the window for a dance number. There's no show on TV quite like it.

Scream Queens has included horror, comedy and satire in every episode. The roster of writers, creators Ian Brennan, Brad Falchuk and Ryan Murphy, have brought everything to the table in their respective contributions but in different measures. Ryan Murphy struck the best balance and ironed out some the problems of his colleagues. Seven Minutes In Hell wasn't perfect (the show, as a whole, feels as though it could be scarier) but was definitely one of the best instalments thus far.

With the KKT sorority sisters firmly banded together, Chanel #5 and #3 vowing to outlive their leader, Grace sticking around Wallace University, and little cannon fodder left (although it may be curtains for our favourite candle vlogger next time around), Scream Queens' halfway point ended on a thrilling note. We've got a long way to go before the finale but the journey from here on out certainly looks like an exciting one. 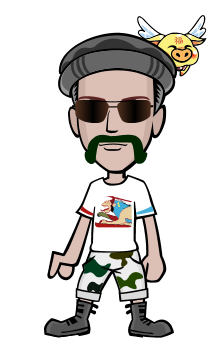