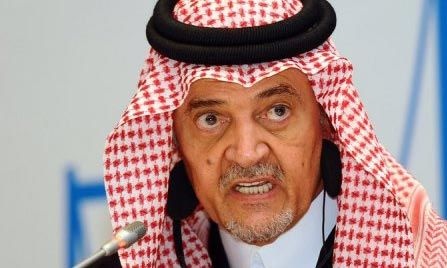 ISLAMABAD: Pakistan has warned of a strong reaction if Saudi Arabia’s sovereignty was breached as a high-level delegation of Pakistan’s civil and military officials arrived in Riyadh on Tuesday.

Saudi Arabia took Pakistan into confidence about the Operation “Desert Storm” underway in Yemen and it has informed Islamabad about its requirements while dealing with the upcoming threats.

Pakistan is fully prepared to provide the required assistance to the brotherly country and the modalities and schedule for provision of assistance to Saudi Arabia in the Yemen conflict will be approved by the federal cabinet in its meeting this week.

Prime Minister Nawaz Sharif has provided his 12-seater Gulfstream aircraft to the delegation.At the same time, Pakistan has also talked of a peace initiative under the United Nations and the Organisation of Islamic Conference (OIC).

Defence Minister Khawaja Asif is leading the powerful delegation but it is understood that technical talks will take place between the defence services members of the delegation and the host royal authorities.

It is expected that Saudi Arabia may deploy troops coming from brotherly countries inside Saudi Arabia to ensure territorial security while the Saudi forces concentrate on Yemen. The idea is similar to the 1980s deployment of thousands of Pakistan troops in Saudi Arabia when the Iran-Iraq war threatened the security of the country.

Pakistan had also dispatched troops for the security of Saudi Arabia during the first Gulf War against Saddam Hussein.Earlier in the day, Prime Minister Nawaz Sharif was informed that a Chinese ship would be reaching Aden today (Wednesday) to evacuate 200 Pakistanis stranded in the city. He was told that the evacuees would either be dropped at Djibouti or Moqalla, where about 100 Pakistanis were already present, depending on the on-ground conditions of the area and the route that the Chinese ship was planning to follow.

Pakistan’s own naval ship that was dispatched on the directions of the prime minister, would reach Yemen tomorrow evening (Thursday) and bring the stranded people back to the country. Another frigate of Pakistan Navy has also been dispatched to the region.

Prime Minister Nawaz Sharif was also informed that there were about 75 Pakistanis still residing in Sanaa, who would either be airlifted or taken to Moqalla.

During the meeting, Prime Minister Nawaz was briefed on the current situation in Yemen and the status of the remaining Pakistani expatriates in Yemen.

The prime minister expressed satisfaction on the completion of the first phase of evacuation. Prime Minister Nawaz Sharif, in a telephone call, made by Saudi King Salman last week offered “all potentials of the Pakistan Army”, the media quoted the Saudi Press Agency as saying.

Meantime, Prime Minister Nawaz Sharif was informed that Pakistanis returning from Yemen were highly appreciative of personal interest taken by him in ensuring their safe exit from the disturbed areas, treating it as a national priority.

The meeting reiterated that Pakistan held Saudi Arabia in a very high esteem and considers the security of the holy land of utmost importance adding that any violation of the territorial integrity and sovereignty of Saudi Arabia would evoke a strong reaction from Pakistan, according to the aspirations of the people of Pakistan.

Being pregnant was what I thought would be the best part of our lives as married couple. My husband …

It happened in Abha (the capital of Asir province in Saudi Arabia) ."After performing salat al-Maghr…

Dear All Jobs Seeker, We provide a professional, cost effective recruitment solution. We take the ti…