Three Reasons for the Rise of Television in Digital Age 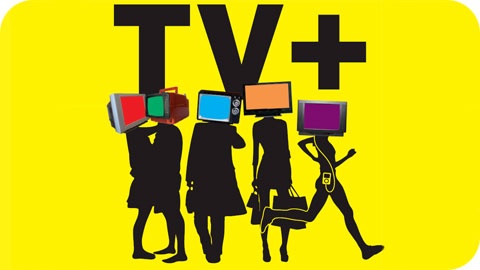 In recent years it has become more and more obvious that television has started to exceed films in terms of quality. Serialized shows are now starting to become a norm rather than an exception, and that has greatly increased the quality of most television shows. Films on the other hand have been corrupted by blockbusters and have played it far to safe.

Back in the earlier days of television most people felt that television was a form of media that should be used primarily as a way to relax after a hard day’s work.  Really television’s main goal at the time was to make you laugh until your sides hurt at ridiculous situations. However many viewers are starting to realize that shows can have just as complicated story structures as many films have, and thus we have had a great surge of television dramas that have actual character development and arcs. This has also led to the decline of the sitcoms like Seinfeld and Cheers, and to the rise of more realistic comedic settings like The Office and Modern Family.

DVR and Hulu Allow Audiences to Catch up All Episodes

One major reason for television’s increased quality is the Internet and DVR. Back from the 50s through 90s, it was extremely difficult to do serialized story telling and know that your audience would be completely caught up without missing a beat. You couldn’t be sure if your audience had seen the previous episode, since many viewers may have had emergencies or prior engagements that require missing their favorite TV show. Plus recording your shows on tape was a far bigger hassle than it is today with DVRs. Now with sites like Hulu, the use of iTunes and DVRs, it’s a pretty safe assumption that if a viewer misses an episode of their favorite series, they have already watched it and should be caught up with their series, despite the fact that they may have missed it on the original airdate.

The Internet has also encouraged discussion of many serialized shows and has allowed the fans to directly interact and influence the direction of the show, which was not really possible until this moment. The discussion of these shows I believe has allowed creators to take more risks with serialized storytelling.  LOST is a particularly good example of this, and I don’t think a show like LOST would have survived in the age before the Internet and DVR, largely due to the fact that you can’t miss pretty much any previous episode to get what is going on.

Hello! Hollywood is China’s premiere entertainment news program bringing viewers
around the world the latest in Hollywood celebrity news, lifestyle, and
culture. The show is produced by Metan Development Group, a leading content provider and distributor focused on delivering western entertainment to China. Hello!Hollywood travels to the red carpets of the entertainment industry’s most prestigious award shows and
movie premieres, as well as offer exclusive behind-the-scenes looks on movie
sets and interviews with Hollywood’s elite celebrities.