Training of Trainors at the Icon Hotel 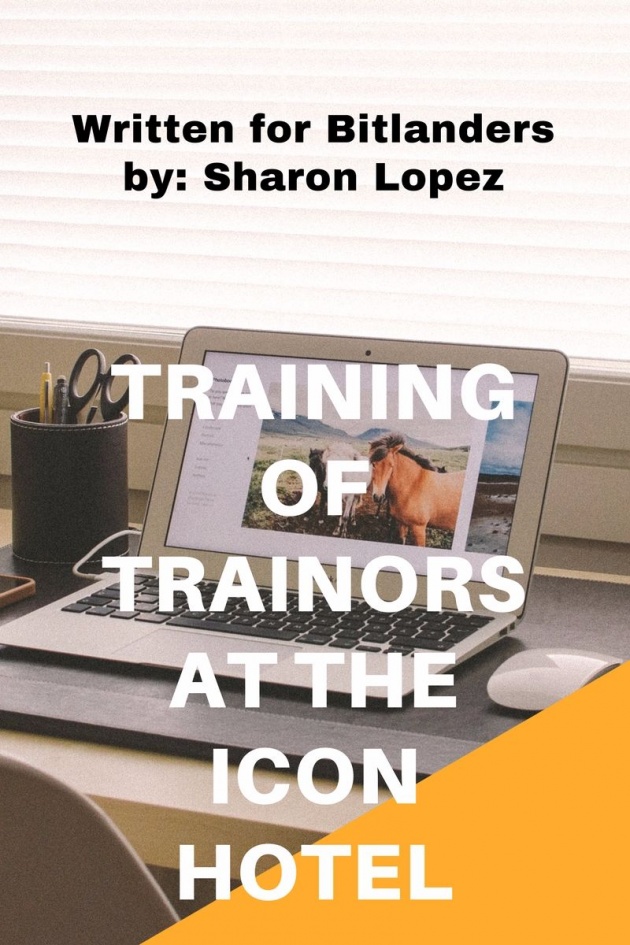 November is a month fully-loaded with work-related activities. I spent most of my time outside the office either attending seminars, trainings and conferences or being a speaker at other places or municipalities. For me, I considered this November as the busiest month in so far as my work is concerned.

But of course, though I may be busy with my offline work, I would see to it that I set aside a time for my online activities, especially with that of my favorite site, Bitlanders. I was able to submit around 14 blog posts and blessed to have those approved and published. I just can't thank you enough for this given opportunity. Bitlanders is truly a blessing to me.

Just before the month bids goodbye, I received another order to attend a training-orientation for the Community Based Monitoring System with the introduction of the newly created online application system which would be used for the program. It was a 2-day activity for the introduction and hands-on training so that we may be familiarized with the new system.

Day Trip by Land to Manila

Since the activity is to be conducted in Manila, the capital city of the Philippines, I need to travel beforehand in order to reach the place on time. My batch-mate, Peach from the province of Albay, was my travel buddy. We decided to travel by land because of the non-stop raining during the fast few days. We are afraid that we might not be able to make it on time due to delays in flights which might happen because of the inclement weather. We traveled during the day so that we can have rest at night before the main activity. 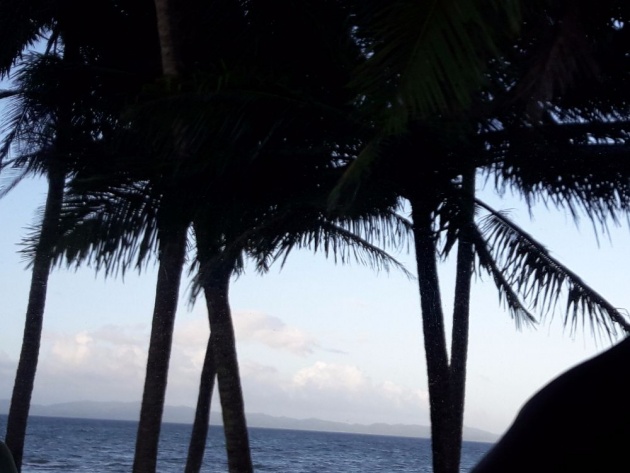 On Monday, the bus left Legazpi at around 9:00 AM, 30 minutes late as per schedule. It was raining when we left the city but when we reached Camarines Norte, it was noticeable that the sun was shining and there were no traces of rain. We experienced a nice weather all throughout the travel. Since we were traveling in the day, the bus has done a lot of stop-overs and considering the traffic, we reached our destination at around 10:00 in the evening. 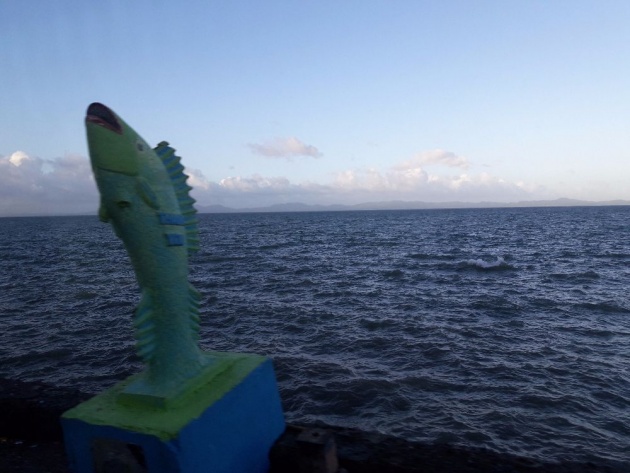 It was a tiring trip but an enjoyable one. We took some pictures along the way and eat on every store or eatery where the bus driver made a stop-over.

Icon Hotel is a 3-star hotel located in North EDSA near the SM North and Trinoma. We were entertained by a friendly staff at the registration desk. Upon registration, we were given our room key which is on the 9th floor of the hotel. Peach and I took the elevator and found a nice room with 3 beds.

Below is a video which I have taken while in the lobby. I love the fireplace and the stunning Christmas decorations which really added life to the receiving area of the hotel. Hope you like it.

The best thing about Icon Hotel is its location which is accessible to the Malls especially the SM North and the Trinoma, and the MRT. They have great amenities and comfortable room. The food served is also good. The training hall where we conducted the orientation was on the 11th floor of the hotel which is just enough to accommodate the nearly a hundred participants.

I was fascinated with the theme of the hotel which features different international celebrities with their giant-sized photos placed in the lobby, the elevator and even at the rooms. I also have fun looking out of the window especially during the night because of the beautiful lights in the city. It was a wonderful experience which I would treasure. 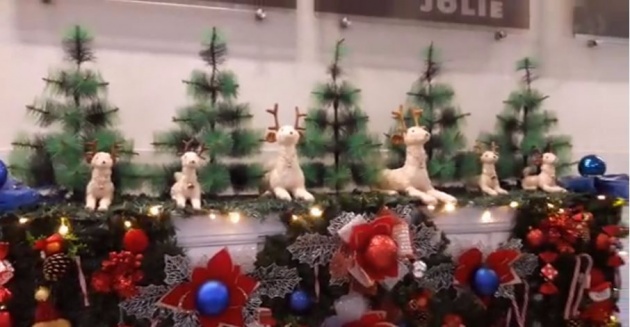 There were three of us in the room, Mam Apple who had reached the hotel ahead of us, Peach and I. I had a good night sleep during my first night of stay at the hotel.

The next morning, we prepared for the first day of the orientation. The hair dryer installed on the wall near the mirror is perfect especially for ladies like us who needs to blow dry our hair before going out of the room.

We went to the training hall at around 8:00 in the morning and found a few people from other regions and provinces who are taking their breakfast. After registration, we were given a bag with a DILG logo on it. We also had our breakfast which composed of fried rice, scrambled egg, and sausages. It was a hearty breakfast. 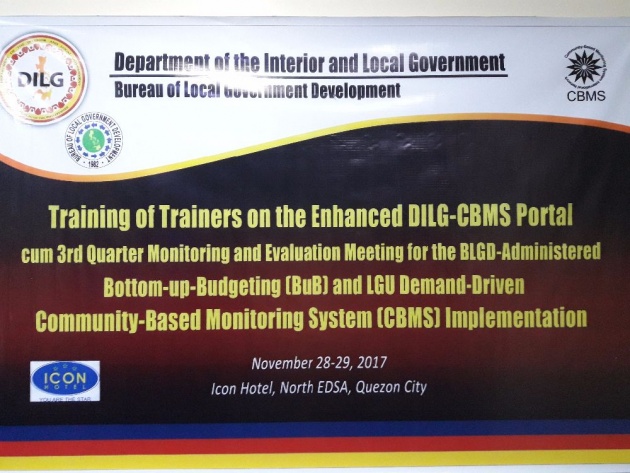 At around 9:00 o'clock, the emcee started the opening preliminaries followed by the leveling of expectations and presentation of house rules. Updates on the Enhancement of the DILG-CBMS Portal was likewise discussed. It was followed by the explanation of the structure of the portal. Several questions were raised during the presentation.

In the afternoon, we had the operation and simulation of the Enhanced portal. Since it is our first time attending the CBMS training, we were given a new username and password. 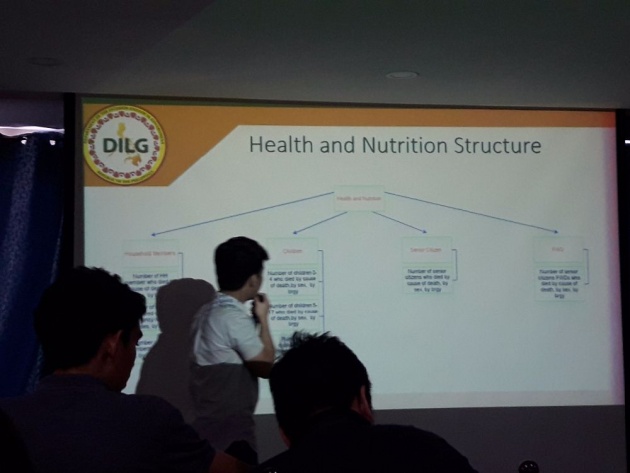 Because I started in the middle of the implementation of the program, I encountered several difficulties. Learning backward is one of the possible options. Additionally, the system is just newly created and most of the info used were dummy data. The interface was easy to navigate. The speakers were able to discuss the topics in detail,  clearly and comprehensively. 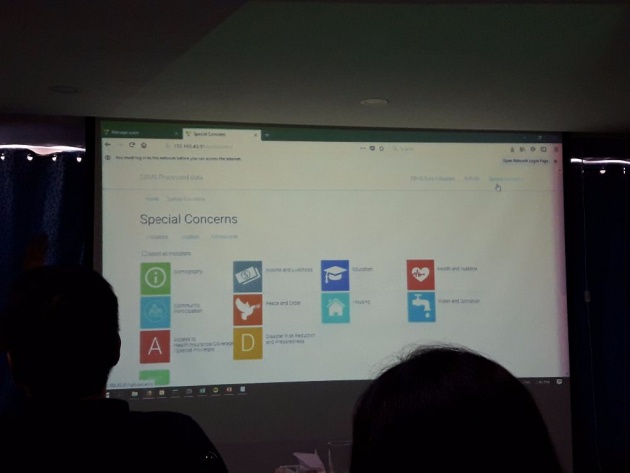 The day ends leaving a huge knowledge of the participants of the activity.

Here is another video that was taken during our first day of training...

The second day was intended for the presentation of the different accomplishments of the regional offices all throughout the country. Every regional focal person presented a comprehensive accomplishment report for each the regions present during the event.

Plans for the next coming year was presented to the participants.

We accomplished the evaluation sheets just before we were given the certificate of attendance and the completion.

After the activity, the regional team had a meeting and we discussed the different activities that need to be undergone. There is an upcoming orientation for the provincial focal person to give us additional knowledge of the system. 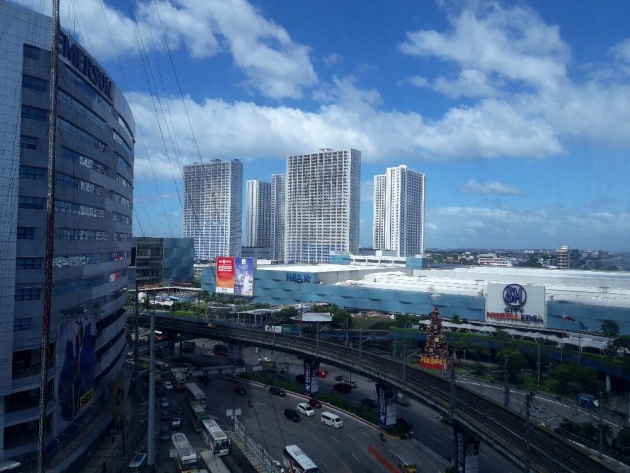 We were given additional instructions to facilitate the completion of our reports which we must secure from the municipalities within our area of jurisdiction. 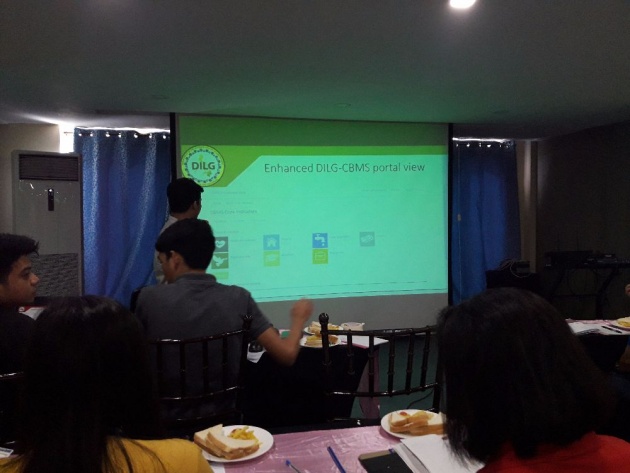 On the overall, it was another great learning experience for all of us. New knowledge, skills, and learnings have been achieved by each and every one of us.

Here is a Querlo Chat for you...

Thank you, my friends, for dropping by. Hope you have a wonderful day.

Bon AppeTEA: It's Sweeter the Second Time Around
One Sweet Day at Lazy Baker Cupcakerie
A Quick Lunch Break at Gahfea Cafe and Bistro

Image credits: Sharon Lopez via Bitlanders Due to the loads of activities that we need to finish in …