Who among you in here has heard the latest news of President Duterte’s nationwide construction of Material Recovery Facility (MRF) in each barangay?

How about the panics arising from the landing of refugees’ boats in Germany beaches?

Did anyone of you hear that someone from our batch was caught by a police officer due to public indecency?

I’m sure that some of you know the details of those stories. After all, these stories are in fact true and have been verified by trusted sources if I must say. And if you actually believed in all these, then you are likely to be a victim of fake news.

By fake news, I don’t mean sponsored posts, ads, a visual meme, a bot on Twitter, rumors, or any information most people don’t like. We know by convention that fake news is more than that.

Fake news, by non-indexed definition (which means you can’t actually find the word in the dictionary), is any “false reports, written and read on websites”. As we know, fake news covers politics, but it does not limit itself to the subject. Fake news is also prominent in science and technology as well as in the entertainment industries. This type of news not only has the intent to damage or harm any person, entity, or organization but also includes the aim of internet revenue by providing “clickbait” headline which increases readership and online sharing. 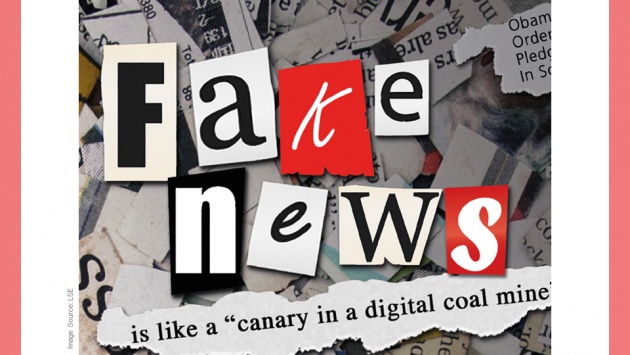 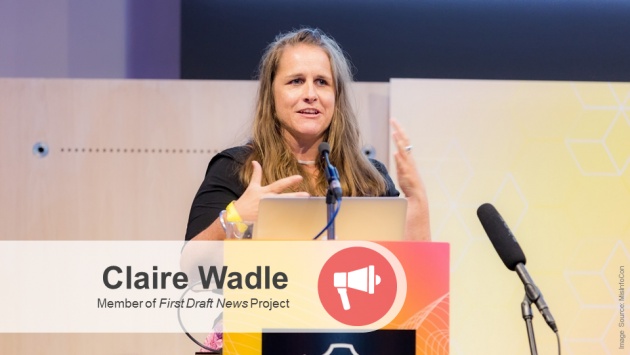 Today I'm going to show you the different types of fake news in social media. These types have been identified by Claire Wadle who is a member of a project of the Harvard Kennedy School’s Shorenstein Center known as First Draft News which fights mis- and disinformation through fieldwork, research, and education. 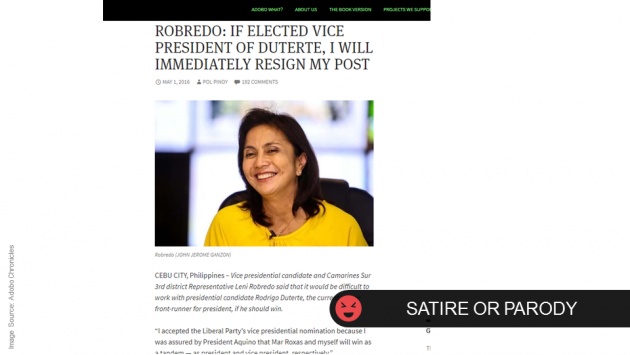 First, we have the satire or parodies which are news that is seen as a joke but could cause harm for some people who believe in them. Though there are those who are highly adept at identifying jokes, there are still people who have difficulty in processing information being a satire or mainly as an amusement. These misinterpretations, even if unintended, could lead to for others to mistaken the news to be relevant. Most of the popular parodies (i.e. fake news) today were written by James McDaniel, a 28-year old Clearwater native in the US, for amusement. Headlines like ‘Bombshell: WikiLeaks leaks ‘lost’ Clinton email’, ‘Man pardoned by Obama 3 months ago arrested for murder’, and ‘Obama tweet: Trump must be removed, by any means necessary’ had gained one million page views in less than two weeks. 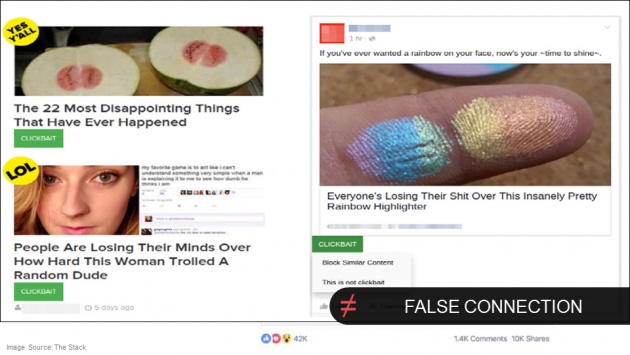 Second, we have false connections which are new whose headlines that do not have any connection with the content. “Clickbait” headlines come in at this point. The main purpose of these headlines diverts to the general concept of it being an overview of the content. Headlines used in this type of fake news mainly serve as an advertisement to the article. One good example of fake news with a false connection is the headline ‘South of Spain: Refugees come ashore – beachgoers in fear and dread’. The headline seems quite interesting, right? And it seems quite reasonable for beachgoers to panic. But if you actually read the whole content of the news article, there was never a mention of panic or fear. Much more, the video embedded in the article shows the exact opposite of what the headline has been pointing; tourists looked relaxed while walking on the beach as the refugees run ashore. 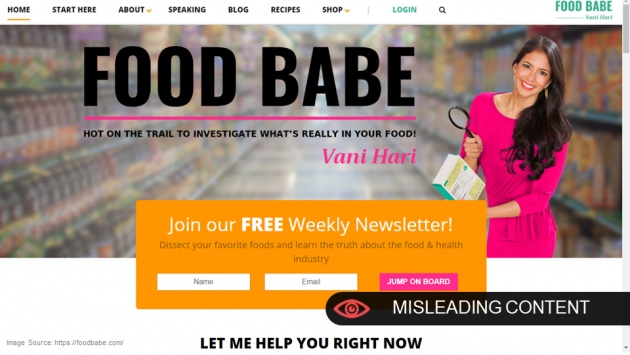 Third, we have misleading contents which are news with misleading information which aims to cause harm. Unintentional or not, writers often mislead readers to change their opinions on a certain matter. Fake news in entertainment industries is teeming with this kind of fake news. Recently, news articles about Miley Cyrus leaving the United States to become a British citizen and Sylvester Stallone saying Barack Obama is a “closet homosexual” have been circulating the web and much to our interest, the information in the article seems to be twisted from its original content. In case such as this, the purpose of such fake news revolves around the defamation or involving celebrities in a scandal. 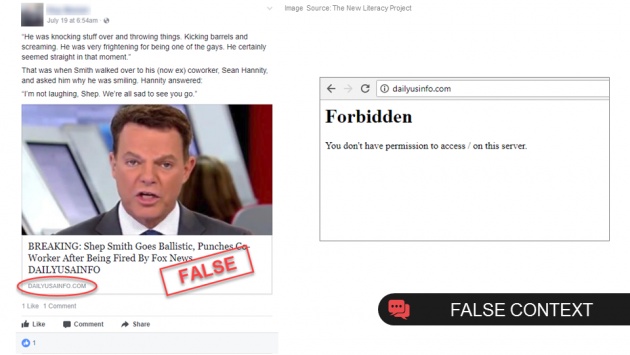 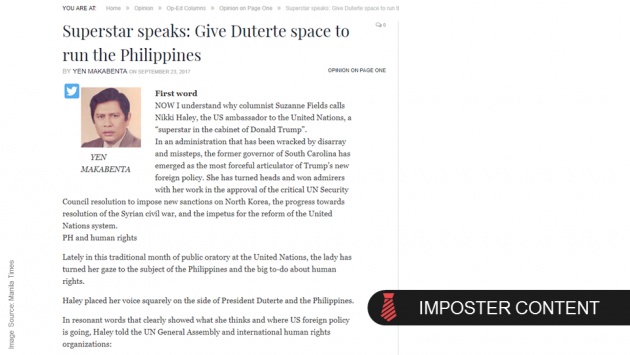 Following, we have the imposter contents which are news whose genuine content being impersonated. This means that the original source of the information is being manipulated while the content remains the same. But take note impersonating with evident harmful consequences and could be a subject to th e law of the state and could lead to a serious case of getting yourself arrested. Forgery of documents such as letters is the most common imposter contents on social media platforms today and has not only fooled the public but also people with authority and known to the public eye such as Erika Steinbach, a former German politician, and Matthias Matussek, a well-known journalist. 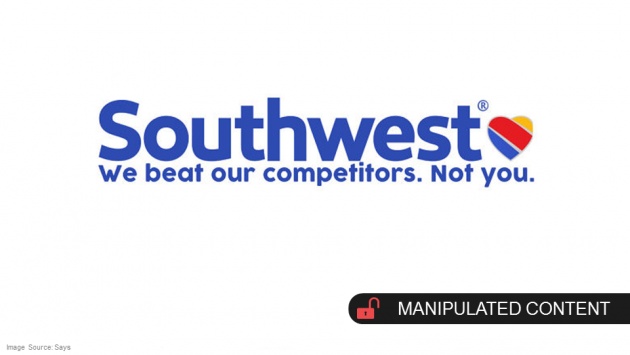 Then, we have manipulated content  which highlights “doctored” information from a genuine source. Basically, the genuine facts are twisted and transformed into a new one – one which strikes to harm anyone. On the internet, not only limited to social media, manipulated content is rampant. Most photos that went viral and being circulated online are considered to be a manipulated content. These photos are likely to lead to dispute mainly due to the fact that it harms the original source of the photo. Even more, audios can now be easily manipulated by the use of Adobe Voco, an audio-editing software (a counterpart with Photoshop), according to the article Fake News is Just Getting Started. Though there have no successful editing of videos, Ian Goodfellow, a staff researcher at Google Brain, said AI technology like generative adversarial networks (GANs) will be much better at creating fake images and videos. Imagine ten years from now, most of the web would be teeming with manipulated content. 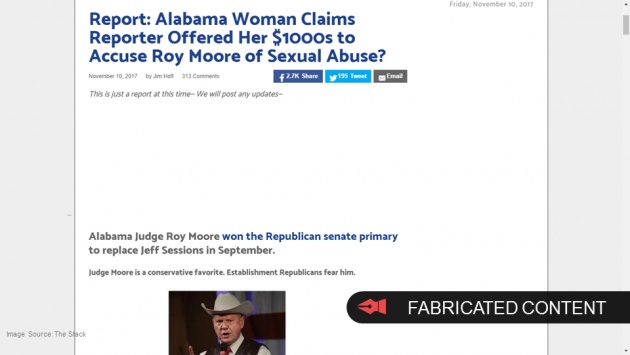 Finally, we have fabricated content which entirely full of false information and has the direct intent to harm. These are often made in the subject of politics especially during the election campaigns. In Facebook, this type of misinformation is rampant particularly in the unrecorded quotes coming from different politicians. Most readers don’t actually pay much intention to this misinformation. But to those whose attention is grabbed by the neighs of the headlines and skip through the contents, it could be quite troubling.

Now going back to you being the latest victim of fake news, fortunately for you (but unfortunately for all of us), more than half of the Filipinos are victims of fake news, not just in the physical setting, but also in different social media platforms. Facebook and Twitter which are one of the most used social media are teeming with different fake news we can’t avoid. Twitter, particularly, has garnered much of experts’ attention lately due to the findings of a study conducted by MIT students. Based on the said study, fake news spread and penetrate faster to users than real news. Hopefully, this article gave you some general ideas about fake news in different social media platforms. If it haven't, then tune in to my next post and will be tackling ways we can identify fake news in social media.