Wear Me or Play Me; Fashion and Music the Teller of Tales - A Profile of Rudy's Music SOHO New York City

Sometimes there is no destination, no place to attend, but even without the stage or dancing shoes, nothing can stop feet from prancing just to feel the notes of a familiar melody tingle between toes. From behind the door of an open closet, dresses fly into the arms of bed sheets, one by one to be undressed from the hangers and tried on to find the right fit. Once found, the face is covered with evening powder, sculpted with blush, just the perfect touch like a sweet tune that sways closed eyes, enough to get that satisfaction.  There isn’t always the need for a get up, but just to get up and “play that funky music;” the statement that holds the beat, like the hand behind the back that holds the spin to move and direct the lead, whispering “shall we dance”. 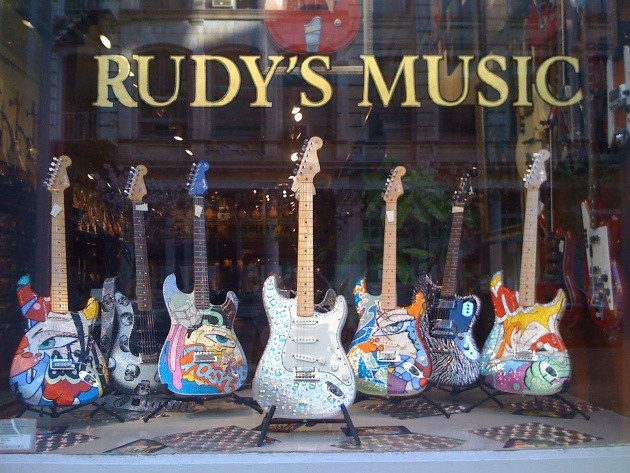 As with fashion, music is a teller of tales, a conversation wanted to be forgotten or had again, the repetition of times past, modernized till its last wear and tear. In a maison de couturières, delicate hands twirl around a single piece of fabric, as black uniforms gather near the markings of a design to which a scissor’s tip approaches. The same application of love and attention is brought to the process of making an instrument, each shape crafted to fit like a glass slipper, fabricated with the inspiration of a special person in mind. 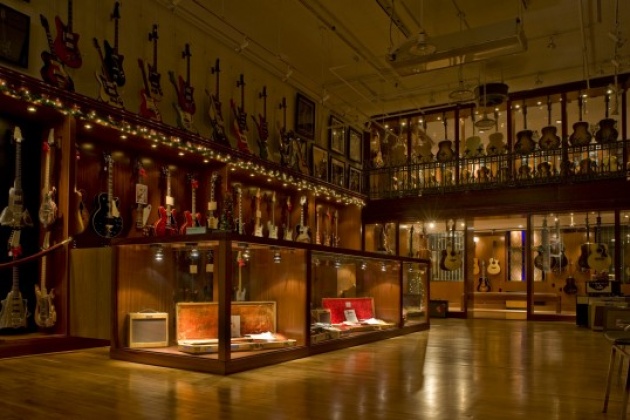 Rudy’s guitar store in SOHO NYC, entails a collection of the finest guitars that one would want to accessorize themselves with; a world of magical thinking uplifts the spirit onto musical clouds composed of infinite sequences. The marvelous aspect of being in the presence of a history of artisans is to be exposed to a world of music manifested through moving fingers of appreciation, allowing for an array of emotions to unwind. The creator of a garment projects a dream of geometrical forms combined together to entice the eyes, and invigorate the bodies that rumble with the desire to be covered in visions of the extraordinairy. Not everyone can play music, and not everyone can design a dress, but everyone can be an appreciator of the craft, a voyeur of beautiful things. 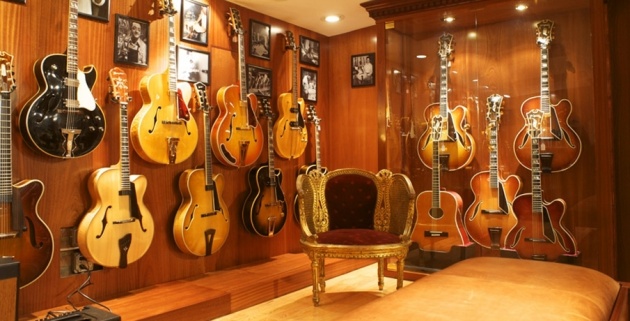 Upon walking into Rudy’s, the heart tickles with joy, there is no explanation to describe the awakened senses, as the ears have stretched themselves to prevent the possibility of missing the resonating sounds coming from across the room. Although red velvet ropes hang in front of fundamental assembly of strings, there is nothing that the concentrated spirits on display don’t want to share. On the contrary, the soul is bare and open to converse with whomever chooses to speak. The store resembles the fashion retrospective of Yves Saint Laurent’s dedication to fashion, exhibited in Paris at the Petit Palais, where a wall was covered with the collections of black suits for women. Such sense of grandiosity and power filled the high ceilings of Rudy’s store, and years of admiration has a story to be shared. 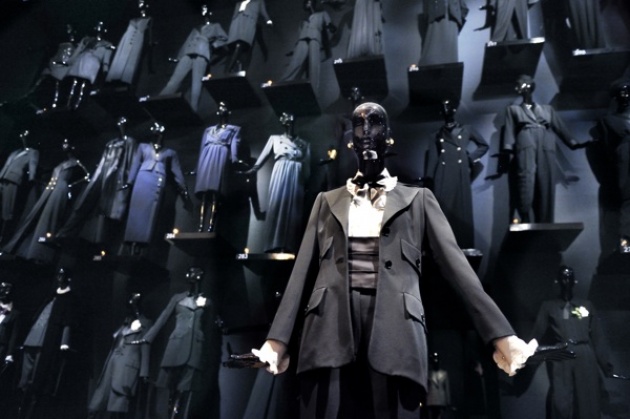 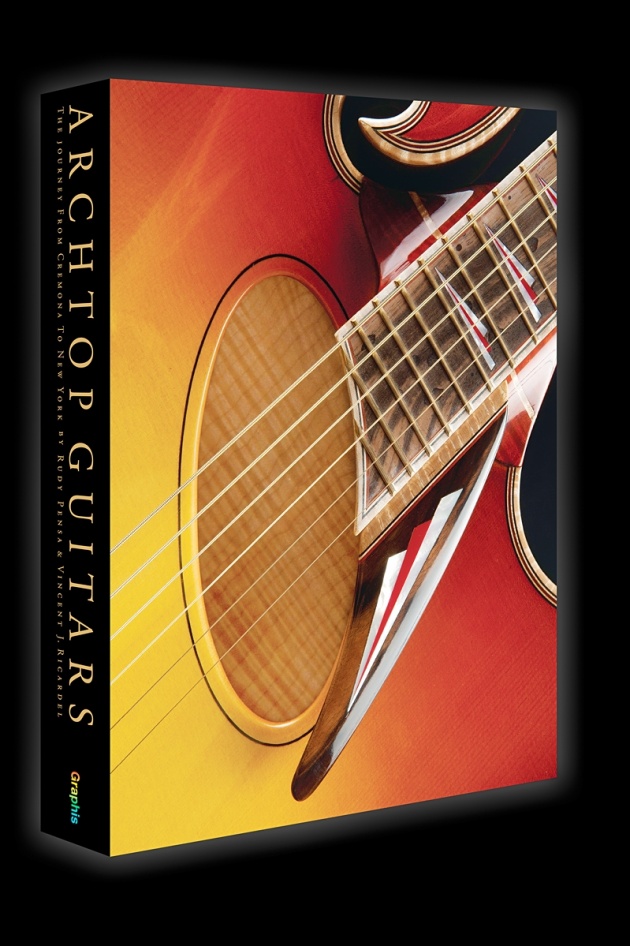 The process of taking a design and piecing it into a tactile form of existence, requires the creator to be selfless, to listen to the material with its tools, and to sing along in order to better learn the words of which the recipe consists of. An experience at Rudy’s surpasses boundaries that are often found preventing the ability of having a personal exchange in the world of fashion. Rudy himself is present and overly excited to share his knowledge of these instrumental icons, which he has made even more accessible in his book, Archtop History: The Journey From Cremona to New York. The book is the size of a fashion or photography book that is bought to be placed in the living room, on the coffee table, on top, to trigger the eye and open pages of adventure through a world of growth that protrudes through every fiber of paper, displaying the artistry of a passion spoken in many tongues.

Fashion celebrates life, emotions and beauty within various dimensions that attract its admirers, stretching out a hand as an invitation to dance along the journey of wonder and fantasy, accompanied by a symphony of melodious sensations that liberate the body and mind through the playing of a few tunes. As much as an object of clothing holds a reserve of uniqueness, a guitar provides the same level of exclusivity to a particular individual; Chanel is a classic label, but Gibson makes the heart sing. Whether Bono from the band U2, or Eric Clapton, or even Gary Clark Jr., among countless other, the walk through Rudy’s doors is as exceptional as the distinct moment when the lights turn on to start a runway show, attended by celebrated figures such as Pat Cleveland, Kate Moss, or Madonna. But one singular word is spoken in fashion and music, ‘love,’ always on the menu of creations, and Rudy’s is an address at which ‘love’ is found.

ALEXY & THE OTHER SIDE - DIRTIER DANCING