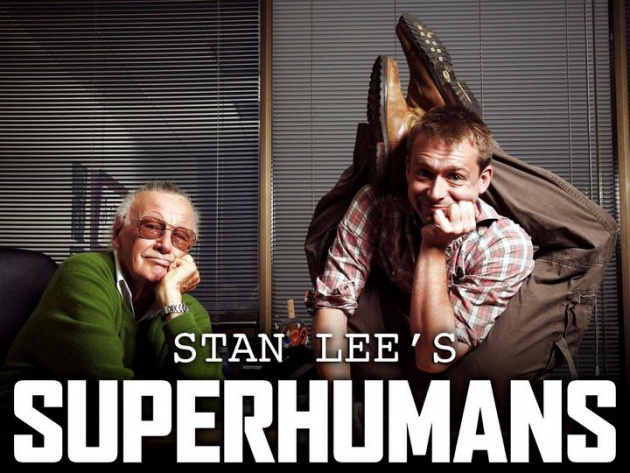 I know you are familiar with this show. I don't usually watch these kind of shows before not until one day when my brothers are watching History channel, way back 2013. They are watching Stan Lee's Superhumans show. I was curious because they react too much on those weird people who are doing things between life and death just to prove they are really superhumans. When I watched with them that time, my reactions were "eeeww", "what are they doing?", "they're crazy" and many more.

This show was premiered on August 5, 2010 in History Channel. It is a television series by Stan Lee, a comic book superhero creator and Daniel Browning Smith, a contortionist / the most flexible man in the world. Their mission is to search for real-life superhumans around the world.

He's so popular. Oh yes he's familiar. He even guested on his Marvel SuperHeroes' movies. He is the co-creator of X-men, Hulk, Spider-Man, Iron Man, Thor, Fantastic 4 to name some together with several artists like Jack Kirby and Steve Ditko.

In 1994, Lee started working in Will Eisner Award Hall of Fame , a comic book industry, then in Jack Kirby Hall of Fame after a year. Then on 2008, he received National Medal of Arts.

Year 1961, they launched The Fantastic Four.and other well-known superheroes such as Spider-man, Hulk, Thor, Iron Man, Wolverine and Captain America. And Marvel Teams like Fantastic Four, Avengers, X-men and Guardians of the Galaxy. Marvel Universe is a single reality where the most of the Marvel's Fictional Chracters operate.

Stan Lee talks Marvel vs DC and the secret to Marvel's cinematic success!

Watch this movie appearance of Stan Lee in all Marvel movies 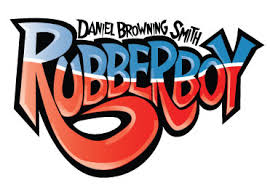 Daniel Browning Smith also known as the "Rubber Man", is one of the host of Stan Lee's Superhuman Show. He has the strangest abilities. He is a contortionist and he discovered it when he was still young. While playing with his siblings, he jumped in the bunk bed and landed in a split manner at age four.

Smith's dad was so amazed reason for him to collect images of contortionist from the local library. That's why Daniel got more interested to become a contortionist. Not just any other contortionist but The worlds Greatest.

Contortionist, a performer with extreme flexibility.

Half an hour presentation of Daniel.

Talking about weirdness, this show came into my mind first. These people claiming they are superhumans were crazy, unbelievable and dangerous. I don't know what came into their minds making things so weird, dangerous, strange and very unusual.

What is WEIRD again?

WEIRD means suggesting something supernatural. Other meanings:  Abnormal, unusual, supernatural, strange, freaky, creepy, etc. Another meaning is: induce a sense of disbelief or alienation of someone.

I'm going to share some crazy, weird and breath taking talents of humans from Stan Lee's Superhumans show. An extraordinary people with real super powers. All these people were recorded as a real-life superhumans due to their weird powers and very unusual talents. To convince that they are one of the real-life superhumans, they have to prove it first in front of Daniel and will undergo a dangerous test depending on their abilities.

WARNING: What you are about to watch below  were real. Some tests they did were extremely dangerous and may cause them serious injury and death Please don't try these yourself. 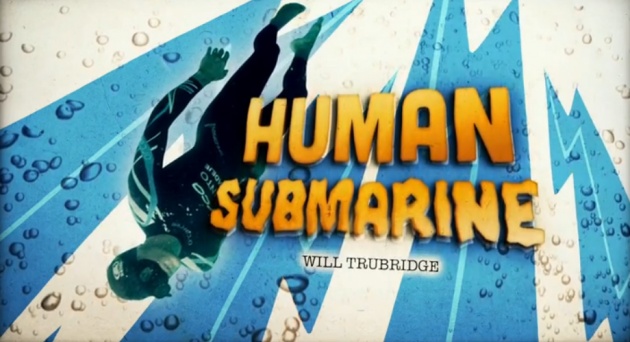 Meet Will Trubridge, the Human Submarine, a free-diver with no mechanical assistance who claims that he can dive under water deeper than any human. That's unbelievable.

I can only go under water for seconds. But this man went down deeper and deeper for almost five minutes before he was able to get up from the water. Take note he has no mechanical assistance or oxygen with him when he went down. He might get drowned there. This is very dangerous.

Meet Mike Rutzen, the Shark Master. He claims that he can swim with the deadliest sharks with no harm. Swimming with the deadly sharks is dangerous. Most of us will panic when there's a shark isn't it? But this guy is different how did he do this? How did he train them? He's so lucky that his body parts is still complete.

Meet Ru Anting, he is also known as Snake eyes. Why? Because this man has this super powered tear-ducts. Like the deadly spitting cobra, Ru can shoot liquid even farther than them. It's amazing. I can't do that, like getting water through his nose and let them out through his eyes. It's like I'm drowning myself doing that.

Did you know that these Deadly spitting cobras can spit as far as 6 feet? Check out this video and see how far Ru's tear-ducts can shoot. Did he shoot farther than the cobra? 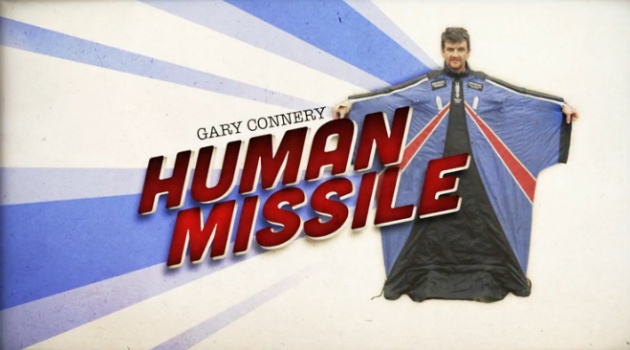 Meet Gary Connery, also known as Human Missile. If you watched the movies like James Bond, Harry Potter and Indiana Jones, this British stuntman has been a part of those top movies for heroic freefalls. He attempted to be the first man who jumped out of the helicopter without parachute and do you know what? He survived.

If somebody would offer me a Million just to dive with or without parachute, I surrender this time for this. I'm afraid of heights. Under Stan Lee's Superhuman's test, this guy jumped once again with out parachute. Check this video if he survived it. 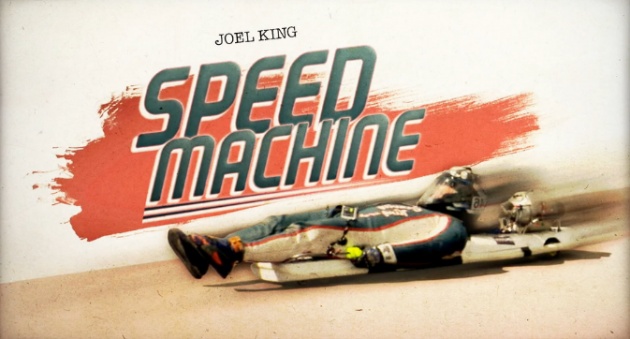 This is the Super Skate Boarder, Joel King, also known as the Speed Machine. He rides a powered skateboard that is faster than a car. The difference is it has no breaks or steering. With just one small mistake, will lead him to death.

Take a look at his skateboard. It is only duct taped powered skateboard which he used to race against a Mustang at full power. Imagine that, it's so dangerous. He's so brace to race with a car at all. To prove that he's really a superhuman, he needs to win in a race with 100 mph. His first attempt he won the race but with only 99 mph. So they tried to race again for the second time. See what happened to him in this video. 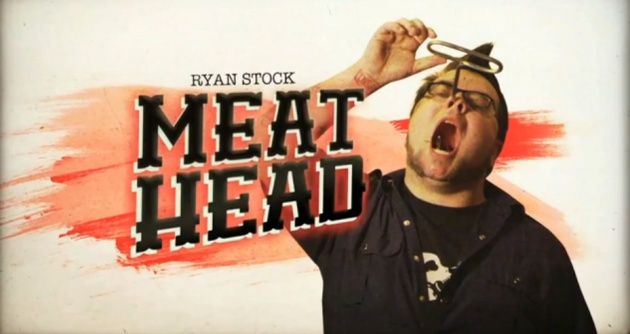 This is Ryan Stock, also known as Meat Head, hooks his skull like a meat.  He is a Canadian stuntman.

He used a real meat hook through his nose and going out through his mouth. Ewww! This crazy guys attempts to pull a ton of beef.

This guy holds the record in 2012 for "The heaviest vehicle pulled using a hook through his nose and and out through his mouth". I can't imagine that.

Watch this video and see how this crazy guy hooks his skull with a real meat hook. 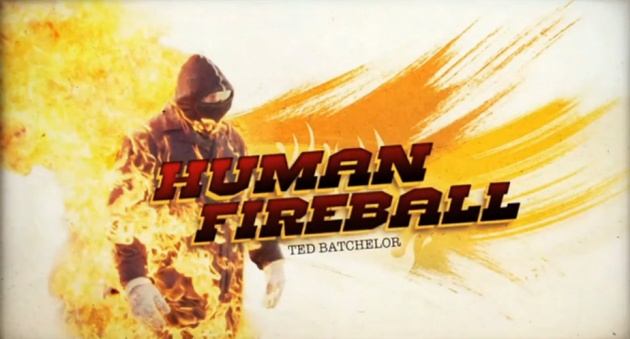 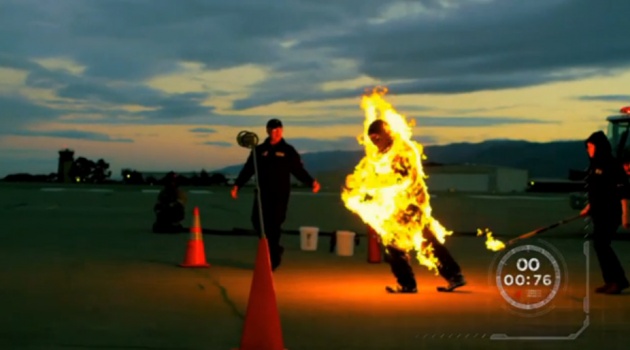 This Man In Flames is Ted Batchelor, also known as Human Fireball. He runs 150 meters / 500 feet with his body covered with flames.

This man is holding two Guiness World Record title just because of his addiction. Yeah! addiction being lit with fire.