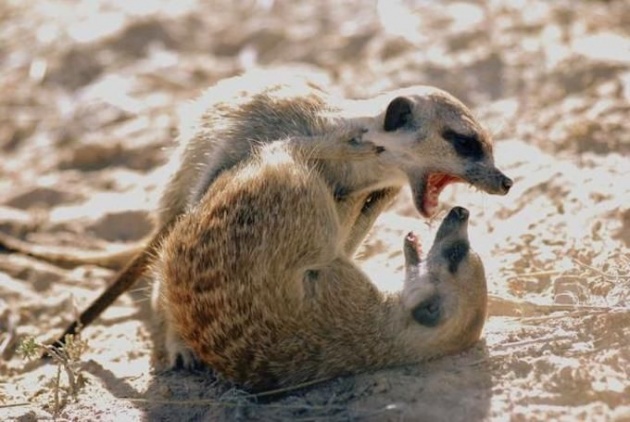 That’s the danger of building on someone else’s platform. You never know when they’ll pivot into your business and steamroll you. Last night, that happened to Meerkat.

The livestreaming app was built entirely on Twitter, piggybacking on it for identity, communication, and distribution. Yesterday morning, Twitter confirmed reports that it had acquired an unlaunched competing app called Periscope, which also allows public livestreams, but also private streaming and replays of old broadcasts.

10 hours later, Buzzfeed’s Matt Honan reported that Twitter was cutting off Meerkat’s access to the Twitter social graph. But Meerkat founder Ben Rubin tells me “the product is here to stay, the team is here to stay, and definitely the vision is here to stay.”

If you’d rather watch what happens next, check out this recording of my Meerkat stream from an hour ago at a SXSW BBQ

What Exactly Does “Cut Off” Mean?

Now, anyone who joins Meerkat won’t get to auto-follow those they follow on Twitter. They’ll have to manually follow people in Meerkat to build a social graph, which is relatively tough to do right now, as there’s no user search in the app. Users probably won’t be able to easily recreate their Twitter interest graph, they’ll hear about fewer streams, and get fewer viewers. That makes Meerkat less sticky and more likely to fail or get beat by Periscope.

What’s that doesn’t mean is that anyone who had already joined Meerkat before Twitter cut it off would lose their followers or people they’re following. The action doesn’t apply retroactively. Comments are still syndicated to Twitter, and links to streams are still auto-tweeted.

Cutting off access to the social graph is a strategy Facebook has employed several times to apps like Voxer and MessageMe. Its rationale was that they were essentially stealing its friend lists without contributing anything back to its feed. But really, it just so happened that that they were also using the supposedly open Find Friends API to compete with Facebook Messenger.

Early on, platforms offer open APIs in hopes of building a developer ecosystem that would drive usage of the platform’s own service. Eventually, though, when they develop a valuable social graph and don’t need help growing as much, they can become stingier. Apps doing something completely different are left alone. But apps that stray to close to competing with the platform itself come into the crosshairs.