Who Blew Up China’s Stock Bubble?

In China, the invisible hand of the market sometimes needs help from the iron fist of the state. That’s certainly true after a meltdown vaporized $3.5 trillion in the value of shares traded on the Shanghai and Shenzhen exchanges.

President Xi Jinping’s government isn’t being subtle in its campaign to reflate the bubble it had a big role in creating. The government has suspended initial public offerings and eased rules on margin loans, even allowing investors to use their homes as collateral to borrow money to buy stocks. On June 27, the People’s Bank of China cut its benchmark interest rate and the amount of reserves certain banks are required to hold. Days later, it offered financial support to a group of 21 brokerages that have pledged to buy 120 billion yuan ($19.3 billion) worth of shares and hold them for a year. On July 8, China’s securities regulator banned major company shareholders (those with stakes exceeding 5 percent), corporate executives, and directors from selling their shares for six months.

So far, the government’s moves have had little impact. Since peaking on June 12, the Shanghai Composite Index has fallen almost 32 percent, dropping more than 5 percent on some days. The selling pressure in China has been so severe that on July 8, about 1,300 companies halted trading in their stocks on mainland exchanges, freezing $2.6 trillion worth of shares, or 40 percent of the stock market capitalization. On July 7, Hong Kong followed the mainland exchanges into bear market territory.

The stock market rout, the worst mainland market slump since 1992, has been an embarrassment to Xi and Premier Li Keqiang, who have vowed to push through more than 300 reforms aimed at reducing state intervention and letting market forces play a bigger role in China’s $10 trillion economy.

As Chinese stocks made a 150 percent run from July 2014 through June 12, state-controlled media both urged individual investors to buy and characterized the stock boom as an affirmation of Xi’s policies. “This is a real testing moment for the leadership,” says Zhao Xijun, deputy dean of Renmin University’s School of Finance. “The evaporation of fortunes of more than 80 million individual investors would pose unthinkable social problems for the country.”

Then there’s the risk that the stock market bust will complicate efforts to bail out the country’s heavily indebted property developers, corporations, and local governments. A credit binge and supercharged spending on infrastructure and housing delivered 10 percent annual economic growth from 1980 to 2012. Now the economy has decelerated to about 7 percent annual growth and is awash in debt. Government, corporate, and household borrowing totaled $28 trillion as of mid-2014, or about 282 percent of the country’s gross domestic product, according to McKinsey.

A thriving stock market figured into Xi’s bigger effort to steer China away from its reliance on bank lending and develop a diversified financial sector with vibrant equity and bond markets to fuel growth. There’s been some progress. Most interest rates, except for the benchmark deposit rate, are now set by market forces, and Xi’s drive to root out government corruption continues to roll ahead.

A trading link was established last year between the Shanghai and Hong Kong exchanges to allow foreigners greater access to Chinese stocks. In a country where Mao Zedong once derided market-leaning party members as “capitalist roaders,” there are today more individual stock investors, 90 million, than Communist Party members.

Unleashing market forces is what Western economists and the International Monetary Fund have long prescribed, but Minxin Pei, a government professor at Claremont McKenna College, says another agenda may be at work. Beijing goosed the stock market to shore up public support in a slowing economy and give debt-burdened companies a lifeline to equity financing, he says. Chinese companies have raised $72 billion this year in initial and secondary stock offerings, data compiled by Bloomberg show. “Many companies that should go out of business have tapped the stock market for funds,” Pei says.

At the mid-June high, shares on the Shanghai Composite Index were three times more expensive than any of the world’s top 10 markets based on estimated earnings. Even after the recent plunge, the median valuation of stocks on the Shanghai and Shenzhen exchanges is almost triple that of the companies listed on the Standard & Poor’s 500-stock index. Margin account balances, a measure of shares bought with borrowed money, are still sizable at 1.05 trillion yuan as of July 8, according to the Shanghai Stock Exchange.

So far the government-led rescue mission has mostly helped prop up the shares of mainly big state-owned enterprises such as PetroChina, China Merchants Bank, and China Southern Airlines. Selling in the broader market, particularly with small-cap stocks, remains relentless. The CSI Smallcap 500 index is down more than 40 percent since June 12.

The government’s cheerleading as stocks rose—and heavy-handed response when they collapsed—has hurt its credibility with global investors. “This saga shows that the leadership has not dealt with financial reform and liberalization well so far,” says Liu Li-Gang, chief China economist at Australia & New Zealand Banking Group. And even if the rescue mission works, Claremont McKenna’s Pei says China will succeed only in postponing a necessary and painful corporate reckoning: “The cleanup bill will be much bigger,” he says.

Ultimately, Xi’s government may be making a common mistake among novice investors: doubling down on a losing trade. “The more resources authorities commit to propping up the stock market, the more they ratchet up the potential fallout risks should the market continue to collapse,” says Andrew Wood, an analyst at BMI Research. The government-controlled media, ever optimistic, continues to make the case for buying shares. “Rainbows always appear after rains,” said a recent editorial by the People’s Daily, the voice of the Communist Party of China.

At least one Western investment bank agrees. Kinger Lau, China strategist at Goldman Sachs, predicts the large-cap CSI 300 index will rally 27 percent over the next 12 months. “China’s government has a lot of tools to support the market,” Lau says. “We are still positive.”

The bottom line: With Chinese stock prices down 32 percent since June 12, Beijing is scrambling to prop up the market. 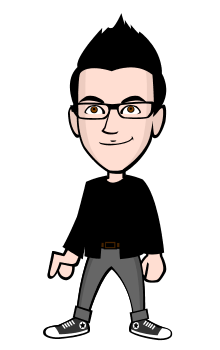 I'm good with money-making and i love to play games and watch movies.