Why Violence in Cinema Is Good 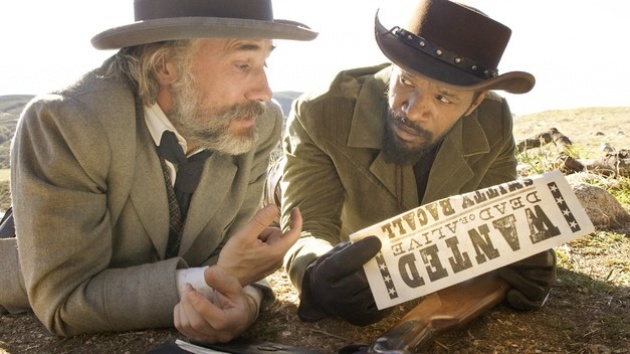 Depictions of violence in film have been made into a relevant debate again. Questions of how responsible it is to portray scenes of killing, assault, and the like are being considered by committees and concerned groups. While too often schlock like Hobo with a Shotgun is made and blood-drenched horror franchises are launched with little to no reason, let's take a minute to recognize the important function that violence serves in cinema.

Directors like Darren Aronofsky recognize how intense their films can be, but they tell a moral that needs to be heard. Requiem For a Dream is quite possibly one of the hardest films to watch, but as Aronofsky notes the double-standard of violence in the rating system, “There’s clearly a big, big hypocrisy on what’s acceptable and what’s not acceptable in movies. The fact that you can show as much gun violence as you want in a PG-13 movie as long as you don’t show blood I think is completely backwards thinking.”* Aronofsky is right, taking the consequences out of these movies cannot do anything but create apathy.

Violence works best when it is alienating. A film like Die Hard is popcorn fun, but that would never fully explain the ramifications of the acts performed onscreen. Many lives were lost at Nakatomi Plaza that evening, but few remember the loss and more recall McClane running around like Rambo dispatching terrorists left and right. McClane saves his wife and moviegoers left the audience and shrugged the violence in the film off.

The experience would be quite different if one was to sit and watch Irreversible. Vigilante justice is a fan favorite in many summer films, yet this French film lingers on the mind unequivocally. When Pierre (Albert Dupontel) takes revenge for his loved one, you are not sure whether to turn away or leave. There is nothing desensitizing to be found in Gaspar Noe's film. The brutality on display does not leave the viewer easily.

Out of all the films discussed thus far, none have had an impact on me quite as much as Michael Haneke's Funny Games. When I first saw Funny Games with a group of friends, I was not familiar with Haneke's original film, we had no idea what we were in for. This was no by-the-numbers horror film, the central family has no glimmer of hope to rely on, no saving grace. If they ever gained the upper-hand some deus ex machina device would be utilized to cut them down. That half of the audience was enraged should have been no surprise, but none of us left. The statement left after Naomi Watts is dropped to the bottom of the sea is one felt with a thud: the audience is complicit in its cruelty.

Funny Games was not a popular thriller by any means, though that is curious in itself. Various incarnations of Halloween, Friday the 13th and Nightmare on Elm Street are money-makers, but not a film where the director wholeheartedly gives the audience what they want. Now that's not to say that all moviegoers enter a film looking for mass casualties, but there is something that's lost when people can be killed onscreen without so much as an bat of the eyes. Spectators didn't like having that finger poked in their collective faces.

When lobbyists talk about suspending or censoring violence in television and film, they aren't looking to ban Die Hard, they are looking at Irreversible. Fun violence will always be okay just as long as it doesn't make us question our moral stances, our pasts, or even our ideology. Hardly anyone would question the brutality in a film like Schindler's List because in ignoring events like the Holocaust society ends up with an a more threatening problem: Holocaust deniers.

Like history's other great shame, no one had a problem with seeing slavery in movies previous to Django Unchained. Slavery was often cruel and inhumane, sometimes disgustingly so. But Django wasn't about how people want to see slavery depicted. Quentin Tarantino has a history of using violence in ways that often make those watching queasy--you can't look away and the camera doesn't let you either. That would be too easy.

Tarantino's other flick about revisionist history, Inglourious Basterds, was similarly mocked for being overt in its bloodlust, but I don't think those critics were paying attention. When Hitler, Goebbels, and the rest of the Nazi forces are cheering along with the film-within-a-film Nation's Pride the audience is aghast at the commendation of Nazi violence against American armed forces. However, when Shosanna sets the premiere ablaze, Sgt. Donowitz and Pfc. Ulmer take down the entire theatre with rapid machine gun fire, and riddles Hitler with bullets the moviegoer finds him/herself cheering. Hitler is dead. The double-standard isn't immediately apparent, but it sneaks up on you later.

Complicated reactions to films are not a bad thing. Audiences shouldn't be inhaling popcorn to the sounds of complete annihilation unaffected by the violence in front of them. To understand that violence can be used as a tool to craft a story is to recognize its place in society.

Violent acts on film will never be handled completely responsibly, but without them we are a lot less honest with ourselves and humanity as a whole.

*From the Director's commentary on Requiem for a Dream.

Ato Essandoh Discusses His Role on the Show "Copper"