Why Voting Isn't Such a Good Idea; (with a glance at Brexit)

An online publishing site decided to have its members vote on each other's work.   This was a very bad idea.   I contracted the owners of the site and explained why this ought not be done, but beyond a polite acknowledgement, there was no response.

The owners were new, they didn't understand what allowing their members to vote would actually mean.

As the votes were being tallied, absolute rubbish was winning.  It had twice as much votes as other submissions which were far better.

I wrote again to the owners, who suddenly grew brains and took me seriously.  They were shocked by the number of votes rubbish was gathering. They had no intention of publishing the current leader in the polls.

I told them to halt the voting. Claim there was hacking/cheating/glitches... whatever technological excuse they could fabricate to end the voting process.  Which they did.

In later communication I informed them that voting is usually a bad idea.

There may be a 'mobocracy' (the old 'Give us Barabbas') a perverse, ('anything you support I take the other side') the for show, (just want to manifest solidarity with no expectation of winning).

And then I told them the 'Snot Story'.

A drink manufacturer was giving free taste tests and inviting the public to submit a name for this new product.

There were thousands of names submitted which were rounded down to fifty by the computer and the public would vote and the top five would go into the 'Finals'.

The name with the most votes was 'Snot'.

The C.E.O. of the drink company said; "Remove the name Snot and have the Creatives select the names."

Some fool who had overdosed on 'democracy' said something negative and was fired.

This is because when something is important; i.e. the Military, Business, Disasters, or concerns money, there is no voting.  There is no democracy.

Which brings me to the comedy program run by the BBC called by many names but "The reaction to Brexit." 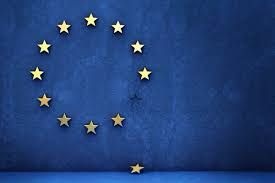 Anyone who listed to the BBC last week had to laugh their head off.  Here were professional reporters, the usually snotty set, going completely off their heads, so totally gobsmacked by the results of the referendum.

After how many months of campaigning the referendum was but before voters in the United Kingdom.   The question was simple; 'Remain' or 'Leave' the European Union.

They left out all the 'Whereas"  and 'Heretofores', dumbing it down to match the current intellectual level.  There was no way to make a mistake. 'In' or 'Out'.

The public voted to leave.

The politicians, the media mouths, all the Know-it-Alls stood up with their mouths open, shocked that the electors made the choice.

I don't know about the rest of the world, but in my country if there is a vote, it is possible that either side could win.  Hence there are always if/then plans in place.

I guess in the United Kingdom they have votes which are just for show, as they are sure they know what the public is thinking.

This presumption has made Britain the comedian of the world.  It is so funny to listen to these totally stunned people, amazed that the U.K. could have voted to leave the 'wonderful' European Union.

Explainers tried to make it seem that it was a fluke...

At first the claim was that younger voters chose to stay, older chose to leave, until it was found that many younger voters didn't vote, and many not only wanted to leave but were rabid racists.

Then the idea was that the sky would fall, and Britain would collapse.  This fear caused a lot of financial difficulty at first with the stock market plunging, but intelligent people began buying up the stocks at bargain prices and the market shot to its highest level.

Other nations, which have been considering leaving, watch with interest.

It is not merely racism or chauvinism, it is the fact that the E.U. has its rules and makes its decisions and the members are to accept.   In many cases, the citizens of a member state do not agree with the decision.  But they have no voice.

It is not just open borders and free trade.

For example, the E.U. condemns Russia for the events in Ukraine.  Many people who have studied the Ukraine, who have followed the issues, do not see an 'invasion'.  They see citizens preferring to align with Russia and be part of Russia, as the Crimean always was.

The Migrant crisis has pushed many nations over the edge.

Europe experienced two massive World Wars.  People fought and died, in the millions, for their countries.   The Battle of the Somme, which is being commemorated on the 1st of July went on for over four months.  One million people died in that battle.

To run from attack, to leave your own country, (unless it is not your country and you have never been really accepted as a citizen) is seen as cowardice.

To send children, to send old people, and some women, from a war zone is one thing.  For perfectly healthy men of military age to flee, is  considered gutlessness of the highest form, and makes the male migrants figures of contempt.

This is not, in our 'politically correct' world, stated as clearly as I have.  In fact, to object to migrants is not 'permitted' in public.   So the citizens mutter behind their hands, pass remarks in pubs, and are outraged that the E.U. 'demands' they take these people into their nations, and share with them.

The British political elite so misread the sentiments of its people that it has absolutely no plan whatsoever as how to deal with 'Brexit'.

A vote is planned, there are two sides, 'In' and 'Out', and absolutely no one at all whatsoever expected the vote to be 'Out'.

The Prime Minister decides to resign, for he hasn't a clue how to deal with it.  The leader of the 'Out' campaign steps down, because he never expected his side to win.

And the citizens of the United Kingdom stand around, in shock, that their elected leaders are so incredibly incompetent.

A wake up call for the world: that is how one writer described the vote for Brexit, the United Kingd…

hello all/ a time when i left pakistan for a good job and come to saudia arabia. Friends that was a …

Ten Things To Do Instead of Voting

Many years ago there was a restaurant which became the centre of the universe. It was jammed almost …

I have listened to the British Broadcasting Corporation; BBC, all my life. Years ago I thought it a…