Women and driving car in Afghanistan!

Driving has become a crucial issue in our current society, where everyone is usually facing lack of time for a normal daily life responsibilities.

Now a days, a woman driving her car is not a shocking scene in most societies. In such societies people wont be surprised if they see a woman driving a car, even they can be employed as a driver for public transportation buses or trams and work in their society without any stress of not being accepted by people.

As my town is a traditional city with lots of traditional minds, driving car for women is something unusual and is more like a challenge. Even if women learn driving and dare to come out in the city receive most of the times bad behavior from people. Here almost all men think that women are not able to drive and even if they can and do so; they are doing wrong. 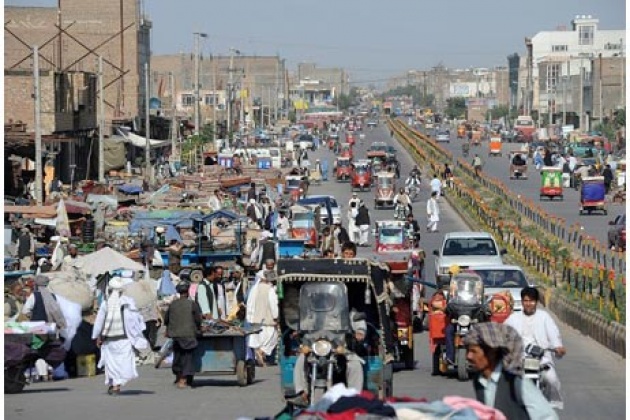 In my city, dependency of women to men for using transportation is a well accepted custom. Women in those families who have a car, prefer to go with their man and women in families without car, prefer public buses and taxies.

As security is a very serious issue in my society. The reason that most of women prefer to, or in another words have to be dependent to their men, is the fear of being alone. traffic at the nights, verbal abuse by men, strict limitations by family rules and having kids with them are some of the problems women are usually facing with.

Currently there are three or maybe four driving course for women in Herat. Although lots of women are joining these courses but there are a few women who afterwards drive in the city.

A few months ago I decided to learn to drive and use my own car for my personal and daily works. So I enrolled to one of these courses. 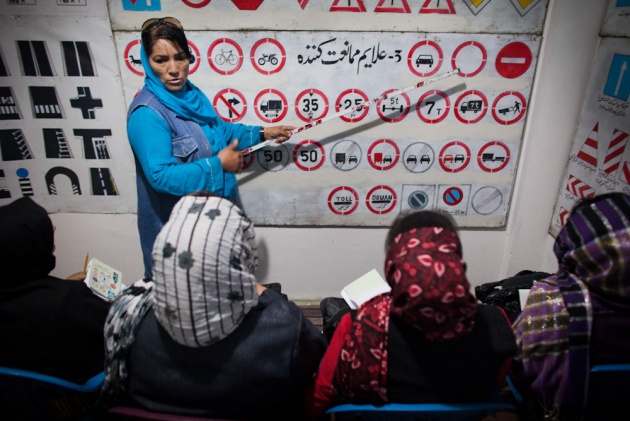 After passing the theoretical part successfully, I entered the practical class. Probably I won’t ever forget the first day I drove in the city with my teacher sitting beside me!

watching drivers who are driving without considering any of the traffic rules; each one have their own rules, or the people who were walking in middle of the street without caring about the traffic lights or the cars which were passing the street with high speed, shocked me. 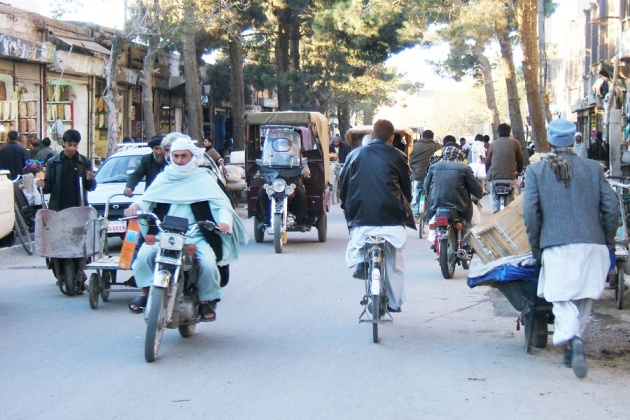 Hearing unpleasant words from people was another story! words like “you can never learn, don’t try!”, or “it is better to spend your time in the kitchen where you should be rather than in the car!”, or ”we will not let women drive” are painful to receive but the same time funny because i think it is very stupid to think and behave like that.

Driving in Herat is been accepted as a manly behavior in the society from a long time ago and it is very difficult for men to accept that women are also able and have rights to drive.

However, all the slogans that democracy included in my country system and all the rules which states women are equal to men, seem to be not able to stop the discrimination against women. One can observe this inequality of society behavior once they enter as a woman who wants to do activities that were specifically done by men before.

But sometimes the disagreements causes you to be even more anxious to prove your potential and gratefully and this happened for me as well! 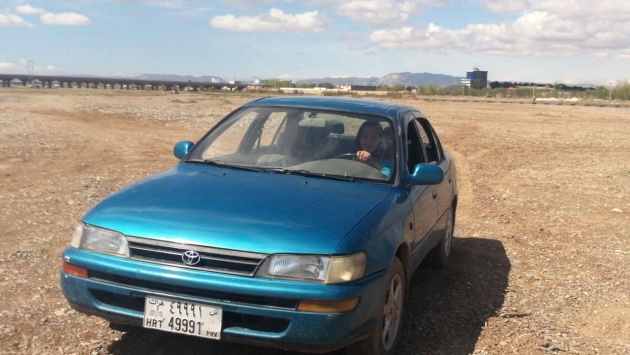 After passing the practical duration I went to the place of exam. To earn the driving license in Herat, you should only be able to drive the car reversely from a double spiral line out.

I had heard that the officers who were responsible for the exam, take it easier for women than men and thats because driving is very new for women. My friends from the former exam told me it will be enough for women to bring the car reversely from only one of those spiral lines! I passed the first spiral line but couldn’t pass the second one successfully.

Unlike what I expected, I didn’t pass the exam!!!and when I told the officer from what I heard before, He answered me “women are supposed to drive in this city like men, women and men are equal and if there is a rule it must be applicable for both of them equivalently!”

Although I couldn’t pass the exam successfully and must be more prepared for next time, I was happy to see an equal behavior between men and women there!

My country has had lots of brave women who fought for good. Women, who despite all the inequalities and challenges that they faced cruelly; did not surrender to the fate that was waiting for them, but instead  changed their fate with their strong personality and made the history, making a point that we won't sit and observe.

In my opinion, women who drive these days in this city are them.