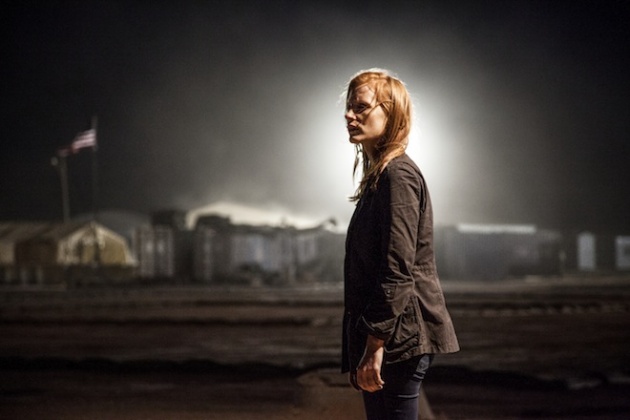 The Alliance of Women Film Journalists have announced the winners of their awards and Kathryn Bigelow's "Zero Dark Thirty" took the top prize! But my favorite categories are the catty ones, such as the Sequel or Remake That Shouldn’t Have Been Made Award or Actress Most in Need Of A New Agent.

Take a look at the full list of winners below; for winners/nominees of other award-giving bodies, click here:

AWFJ Award For Humanitarian Activism -- Female Icon Award
Presented to an actress for the portrayal of the most positive female role model, or for a role in which she takes personal and/or career risks to plumb the female psyche and therefore gives us courage to plumb our own, and/or for putting forth the image of a woman who is heroic, accomplished, persistent, demands her rights and/or the rights of others.
*** - Jessica Chastain, "Zero Dark Thirty"
- Helen Hunt, "The Sessions"
- Judi Dench, "Skyfall"

Outstanding Achievement By A Woman In The Film Industry
Presented only when warranted to a female who has had a banner-making, record-breaking, industry-changing achievement during any given year — such as Kathryn Bigelow’s Best Director Oscar win, or for an actress having multiple outstanding films released during one year.
- Kathryn Bigelow, "Zero Dark Thirty"
- Jennifer Lawrence, "The Hunger Games" and "Silver Linings Playbook"
*** - Women Documentary Filmmakers, including Heidi Ewing and Rachel Grady ("Detropia"), Lauren -Greenfield ("The Queen of Versailles"), Alison Klayman ("Ai Weiwei: Never Sorry") and Sarah Burns ("The Central Park Five")

Actress Most in Need Of A New Agent
*** Katherine Heigl, "One For The Money"
Nicole Kidman, "The Paperboy"
*** Reese Witherspoon, "This Means War"