.@XcorpsTV On Their Experience with @FilmAnnex Video Platform 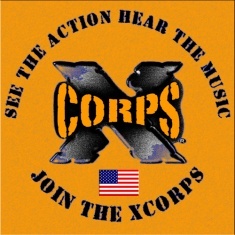 "After years of testing revenue options for web content, it looks like the old broadcast TV model of sponsor supported commercials is becoming the web model as well, and we have found Film Annex to be a system that can help pay a few production bills which even YouTube and Vimeo could not do!" - J.Stuart Edmondson, Executive Producer, Xcorps Action Sports TV.

Xcorps Action Sports and Music TV is a small group of journalists, artists, athletes and musicians that for the love of filmmaking more than anything, managed to create an extreme sports TV show and get it on cable and broadcast TV airing nationally in the US and worldwide.

XCorps is in the top 5 users with the highest BuzzScore on Film Annex. They regularly upload videos and pictures, and blog about their activities. Xcorps has chosen Film Annex as the social online platform of choice.

In the interview below, J.Stuart Edmondson, Xcorps Executive Producer, comments on his experience with Film Annex compared to other video platforms. He also gives advice to new comers on the platform and explains how he has been using the revenues generated on Film Annex.

XCorps: Xcorps Action Sports and Music TV is a broadcast show which also has a lot of experience with online video platforms starting with Google video before it became YouTube! Many have come and gone since then with a dozen or so platforms setting up as the new online video networks. Xcorps has show segments on all these platforms for promotional and social media purposes but has had little success with any of them helping with any of our production costs even with millions of views! These online platforms are not selective enough towards professional productions and it’s very easy to get lost in the vast number of unprofessional uploads.

Xcorps was happily accepted to Film Annex from its launch and the overall experience has been positive and professional, with Film Annex now the platform of choice with a direct link to the Xcorps Web TV via an Xcorps/Film Annex portal link. When Film Annex initiated the BuzzScore system to rate influence and ability, we saw some real potential. Since we are a multi segment broadcast format show made for commercial follow ups, we decided to upload our 55 episodes and special presentations. After years of testing revenue options for web content, it looks like the old broadcast TV model of sponsor supported commercials is becoming the web model as well, and we have found Film Annex to be a system that can help pay a few production bills which even YouTube and Vimeo could not do! In this business, any financial gain in return for all the production miracles goes a long way! 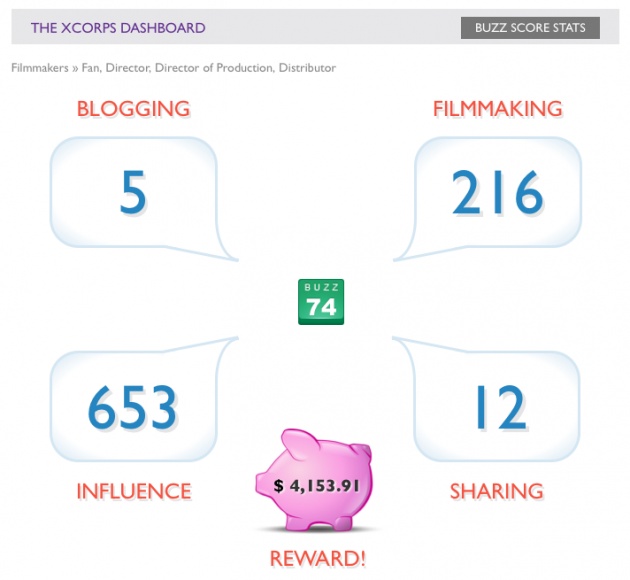 XCorps: Xcorps TV makes promotional posters to represent each of our productions and like the fact that Film Annex lets us use these custom posters to represent as custom thumbnails. YouTube and Vimeo don’t offer this option. Both of these platforms also limit meta tag use and have no or limited still photo album capability.
FA: Has being on Film Annex change the way you promote and make money with your work? How?

Xcorps: Film Annex has changed the way Xcorps promotes its TV series. Previously, we used the web to promote our show broadcasting on TV. Now, we are considering using our TV broadcasts to promote Xcorps on Film Annex!
FA: How do you use the revenues you are making on Film Annex?

Xcorps: Film Annex sponsor funding directly helps with our production to cover some of the associated costs which includes the electricity bill used to charge our camera batteries and run our Mac computers which edit and upload our show to Film Annex! The fact that Film Annex shares revenues has a very positive effect on our expectations and gives reason to believe that the show must go on!
FA: Is there any advice you would give to a newcomer on Film Annex who is looking to make money?
Xcorps: Produce as much great content as you can on a regular basis. Learn to wear multiple hats is usually an industry no-no but you can be producer-shooter-editor-distributor and promoter on Film Annex! Spend some time and energy promoting and distributing yours and other films on Film Annex! Don’t forget to add detailed descriptions and tag words for all your videos and photo uploads! Spread the word, you’ll never know who you will meet! Have as much fun producing and publishing your content as everyone else does watching your films and other films on Film Annex! When you finish a film, run through it and pull a lot of promo still frames from the video footage. You get 30+ still frames per second so it’s cool to pull the best still frames from your film. Pull them into Photoshop or the equivalent and add film CG tiles etc. which, along with a detailed synopsis of your video story, gives you some great content for PR and for your Film Annex photo albums.