1000 mabrouk is a famous Egyptian movie. And the work mabrouk means congratulations. We say it in Arabic 1000 mabrouk as it is an idiom. This movie talks about a guy called Ahmed who lives with his family and works in the stock market as an accountant. And he was about getting married the following day. Then he slept on his chair when he was talking to his wife to be and he got up the following day on his bed. 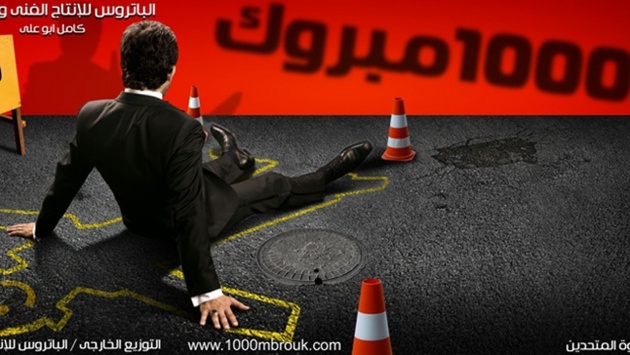 Since that time he found out that the watch doesn’t work and he went to his work and found his boss wanted to fire people and his boss needed Ahmed to help him to get 5 employees to be fired and Ahmed agreed to help him in this issue. And regarding the character of Ahmed, he was selfish and inconsiderate person. And in that day it was supposed to be his wedding. Then he prepared himself to the wedding and suddenly he died on the gate of the hotel. Then he got up on this bed. Wired!!! But he was thinking that he was dreaming but he was not dreaming. And then got the same things and at 12 o'clock at the night, he died again, and so on every day. And he was refusing this because he is suffering every day from being died or killed at 12 o'clock. Then he realized that what he is doing in his life. He was just thinking about himself and didn’t pay any attention to others even his family. And then he decided to think about other people and try to help them and be beside them. And by the end of the movie, he went to his wedding and found that his family were crossing the street and they were about to be crashed by a truck, he got into his car and stopped in front of the truck and he died instead of letting them die.

What we can say that no way to be selfish and we all have to think about other people, not just only your family but your friends, your neighbors, your environment. We have to be beside each other for growing up. If we support each other, no one will lose anything. And another thing is we have to take a risk in our life specifically when it is something new, because the experience is not just related to work experience, it is life experience and every day we are gaining experience added to our history.