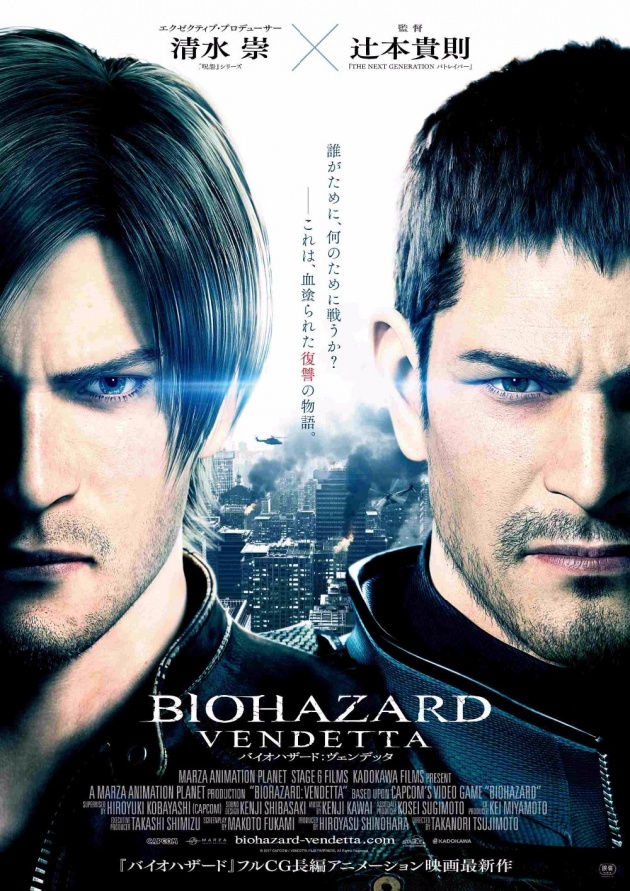 Hello. NellShaOza again ~ Another movie blog, (Visit my blogs) Hope to get 4 star for this. It's a Resident Evil Series but it has a twist of video game so I was interested in this because I observed that I love watching those Plasystation/Xbox games when their stories are being showed up, I love seeing those and I think this movie is the right track for me. So now I'm going to share it with you. Sit back, relax and feel the gaming aura ~

Resident Evil: Vendetta is a 2017 Japanese 3D animated action-adventure horror thriller film, It was first released in Japan on May 27, 2017, and has a limited viewing in United Kingdom. It was Directed by Takanori Tsujimoto.

Vendetta is Produced by Hiroyuki Kobayashi, Written by Makoto Fukami, Production company are Capcom and Marza Animation Planet. It was Distributed by Sony Pictures Entertainment Japan and Kadokawa. its co-movies under Kadokawa films are Wolf Children, Sadako 2 3D, The End of Evengelion, Tenchi the Movie and Gothic made.

an agent named, Chris Redfield was input into a mission that involved rescuing a Women and her child that was captivated by a man named, Glenn Arias.They took the air to travel and spotted a Dark, Old, Creepy Mansion. Glenn Arias is known for his Bio Organic Weapon, one of the known weapon in killing thousands thus millions. 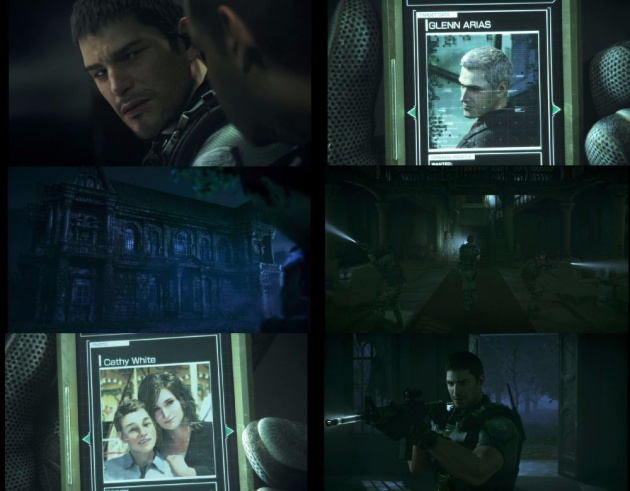 They didn't expect such thing when they saw the two innocence are now infected with the Bio Weapon that made them a monster-eating flesh. Chris' troupe was all bitten and died in different matter. He encountered Glenn Arias and they fought badly that finish up into a bombing.

It was all started when Arias' wife and family was killed on spot when an aircraft blasting bomb was thrown in his wedding. He's full of grieve and revenge is all in his mind. That's why he continue living by spreading the killing virus form city to city. 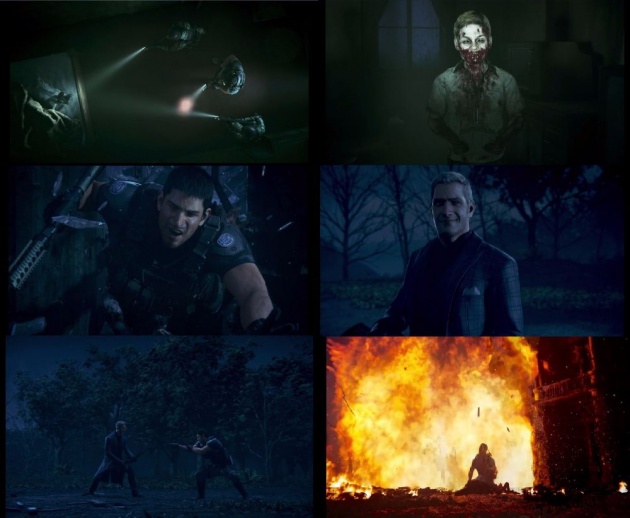 a research doctor namely, Rebecca Chambers pushed herself in discovering knowledge in curing and having the anti-virus to save humanity form the bio weapon. She invested so much time and energy just to find it.

However things might be go according to plan but an attack was made by Arias' Group in dissolving her presence and destroying the bio weapon. They scattered the deadly virus in the research building which made her co-researchers be infected. 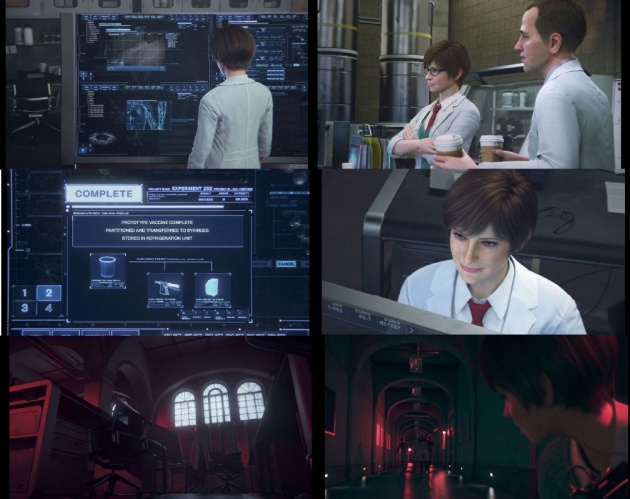 Time flies when Rebecca and Chis met. With one goal and one objective they merge their power and knowledge. Rebecca with the antivirus in her blood and Chris with his ability and source. They thought that they can't do it with just the two of them as the asset, they encouraged Leon S. Kennedy to join them killed the master once and for all.

With power and monsterous mind of Arias. Will they obtain the peace and free life?

"He's going to use the trigger virus in New York"

1. Kevin Dorman - The agent who has a very important mission in retaining the peace after the deadly virus is slowly spreading by a Glenn Arias.

2. Leon S. Kennedy - known for the leading role from the video games and part 1, 2 and CGI films. He is one of the powerful asset in the movie. He give up fighting at first because he want a peaceful life.

3. Rebecca Chambers - The doctor who discover a cure to the virus that is spreading through out the city and country. She has the anti virus in her blood.

One thing that I've observed, in Resident Evil CGI and Reality they are fond of using women characters with short hairs. from Alice, Jill Valentine, Ada wong and now Rebecca. (Tell me if I missed someone) Opposite of those three is Rebecca, she is more on intelligence and not on physical ability.

Here in CGI, The leading roles are more on man, Why! I'm more on woman power than man power. but no contra, They did a great job circling the characters.

I think the negative part of CGI is the less emotions and facial features of characters, They are lack of changes in face, Its like a moving mannequin with more advance movements. Honestly, This is also the reason why I didn't watched the movie on time of when I supposed to, I don't see people I see objects in them. but after watching it, this part of Resident evil CGI films, it is more improve and more realistic.

The Positive is that the film is flexible and the things that you don't expect seeing in a real life movie is showed in this movie! which I think it's advantage ~

Technology is evolving, it is on its higher peak this Generation. from the low quality 3D's before from realistic 3D interface. The three film above are the movies that was produce in 3D effects like the effects use in cinematic story line of Video games.

I don't know the story of the two movies because I've never watched it before so from my searches, here it is..

Leon S. Kennedy (Matthew Mercer) sneaks into a Slavic republic to investigate rumors that bio-organic weapons are being used in their civil war. He is immediately ordered to evacuate, but he ignores the order to stop the weapons from being used.

I don't if Paul Mercier from Degeneration is the same with Leon Kennedy of Damnation. In the poster they do look a like each other but when it comes in the movie, They do not have the same name. The Poster are also improving and as you can observed, you can already know which is the first one the last one just based oh the effects used.

It's Amazing! I've enjoyed every action scene in the movie. It's not the typical action scenes that you saw in a ordinary action movie. The action director did a really great job in showing a powerful lead. The martial arts used are variants and it has the feeling of realistic and practical. The moves is very detailed from the hand gesture in shielding a punch or slash, the foot, on how they used the things around them, they make it to the point that the character has so much choices in fight scenes and he can do whatever he want to counter attack with the enemy. 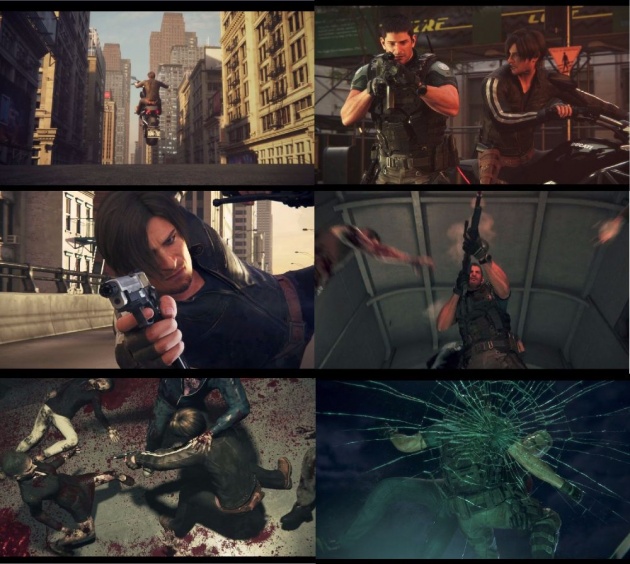 The motorcycling scenes reminds me of Grand theft auto: San Andreas, The bridge and the feeling itself. It's like inside of a game. I can only sense the characters presence and not the people around them which make it a GAME walk through that has only limited access area. Its not that its boring but it is,somehow. Fortunately they put a wonderful efforts in the action scene so Win-win. ~

This particular scene also reminded me some of Horror games like resident evil itself, House of the dead, Left for dead, Land of the dead and many more. 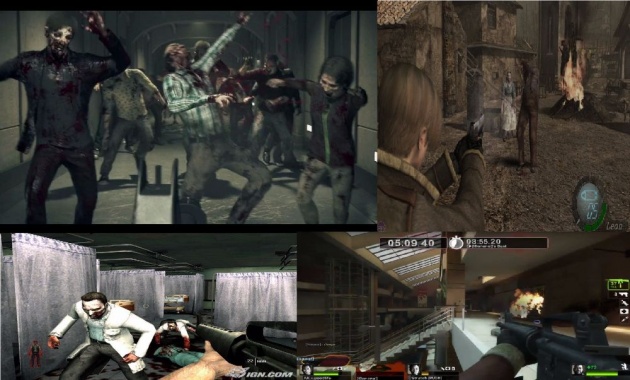 Image Source: LOTD, LFD, RE and Movie Scene / Edited by Me

Personally, I already played all of the given above but I failed to finish it till the end (Land of the Dead and Resident Evil) I love Zombies but I hate jump scares, I really really hate it that I give up playing sometimes and let my uncles finish it for me because the stories are great and has sense but the game is terrifying for me to play ~

This movies is fun to watch, its fun to appreciate the realistic detailed bodies and objects around them, its fun for the people who love video games and want some kind of thrill. It has boring scenes but it will be paid off when the action scenes are showed like I've said a while ago. 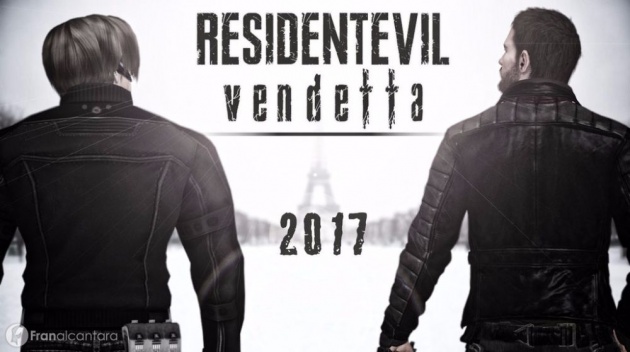 Again, i don't really recommend this for all because they might not fully appreciate it and they would blame me of they wasted their time lol ~ Just watch it and all I can say is, Its FUN! ~

Hope you have a great time reading this

SEE YOU AGAIN NEXT TIME!

THANK YOU SO MUCH!

Image Courtesy www.google.com(Edited by me) Hey guys!!! This is Alamgir again with another blog a…

Resident Evil: Revelations 2 will see the return of Claire Redfield as a stars of the new upcoming c…

The horror genre was a favorite of mine growing up and it started with a zombie film, Bruno Mattei's…