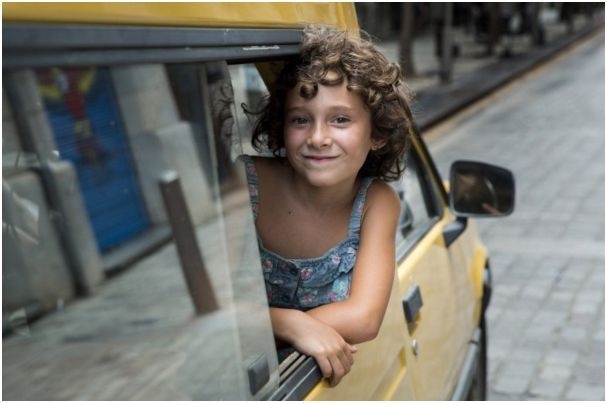 Estiu 1993 (Summer 1993) absolutely bowled me over (that’s English for ‘I really, really liked it’). It is the debut feature of Spanish-born, London Film School-trained writer-director Carla Simón, whose previous credits include the 2013 short film, Lipstick. Simón based the film on her childhood. When Simón was aged six, her mother died. She was taken to live with her aunt, uncle and cousin. The film isn’t exactly autobiographical but has emotional truth. It is a terrific film about adjustment and repressed emotion, a reminder that, as children, we don’t know how to express what we feel because we don’t know how to process something. How can you grieve when you are not sure what you have really lost?

Simón’s six-year old alter ego is Frida (Laia Artigas, terrific) who we first see in a game of freeze tag. A boy attempts to frighten her into movement but she is stock still. ‘Why are not crying?’ he hisses. At home, her aunt Marga (Bruna Cusi) and uncle Esteve (David Verdaguer) are packing and playing a piece of music, something that Frida’s late mother enjoyed. The flat is being denuded of possessions and put up for rent. Frida doesn’t realize that she is being taken away from Barcelona for good and being taken to live in the Catalonian countryside. A girl runs behind the car. Frida smiles and waves, but her friend is far more emotional than she is.

The official version is that Frida’s mother died from ‘pneumonia’. However, it was actually AIDS. Her ‘bad choices’ were scolded. Frida’s grandmother, Maria (Isabel Rocatti) makes the child recite the Lord’s Prayer and gives her a model of the Virgin Mary in an effort to make her understand. The reality was that in her last months, Frida saw little of her mother – her father also died. So she doesn’t understand that her absence is final.

At the farm, Frida is encouraged to play with (read: look after) her four year old cousin, Anna (Paula Robes). She is given remarkable latitude – space and time on her own. At one point, she is asked to put some eggs in a box and take them to the house. Frida does so, walking tentatively. The farm is silent. Frida’s pace is slow. She calls out. There is no answer. At any moment, we think Frida might trip and fall over, crushing the eggs. This doesn’t happen, but the tension is palpable.

Frida shows Anna her dolls – she has so many because (she explains) she is ‘deeply loved’. She will let Anna play with one of them. The younger girl is in thrall to her playmate. They share a bath. Frida plunges her head under the water.

Adjusting to life on the farm is difficult. At one point, Frida is asked to bring a lettuce. Instead, she pulls up a cabbage. Anna fetches the correct vegetable, but then Frida lies and says she brought the lettuce. She doesn’t want to be seen as stupid. Anna protests and her parents believe her, regarding Frida with horror.

We worry about the girls when they climb trees. But there is a more terrifying moment. Frida walks Anna deep into the woods and tells her to remain by the tree until she comes back for her. The younger girl obeys. But then Frida just leaves her there. When Marga asks where Anna is, Frida’s plays the innocent. A search for her ensues. Anna is recovered but she has broken her arm.

Frida attempts to be nice, decorating Anna’s cast. Marga thinks of her as malignant. Frida spends some time at the bar where Esteve works. She is restless. 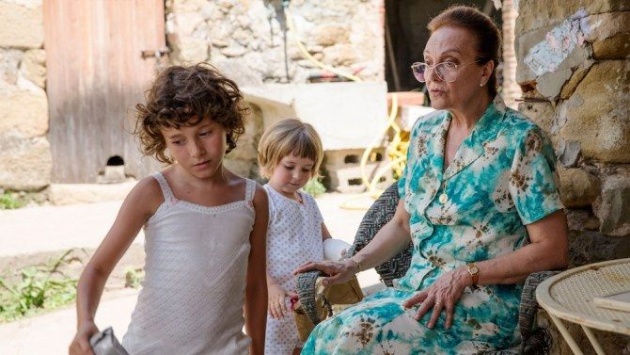 Frida’s grandmother visits twice. On the first occasion, she offers to look after Frida. Esteve refuses. On the second occasion, Frida wants to be taken away and runs into the grandmother’s car. She has to be pulled out.

When Anna almost drowns it is almost the last straw. Frida attempts to run away, packing her dolls into her backpack. She disappears into the dark. The family search for her. But then she returns. ‘It’s too dark,’ she complains. ‘I’ll leave when it’s lighter.’

Catharsis comes unexpectedly during a moment of happiness, when Frida understands the concept of family - amidst a peal of squeals - and becomes inconsolable. The incident feels fantastically true.

The film was screened at the Berlin Film Festival to an audience of children, some of whom quizzed the director at the end. The young girl next to me fidgeted throughout, extending no empathy to Frida whatsoever. I was happy for the child: she had known no loss, had no frame of reference against which to engage with the film. But she was tremendously distracting. I doubted the wisdom of promoting films about childhood losses to well-adjusted (middle class) children.

In spite of this, I absolutely connected with the subject matter. The drama – not suitable for children, really – is profoundly moving. The young audience were mostly taken by the farm animals and the use of a meat cleaver (yes, they are dangerous); sights from picture books and familiar household dangers respectively.