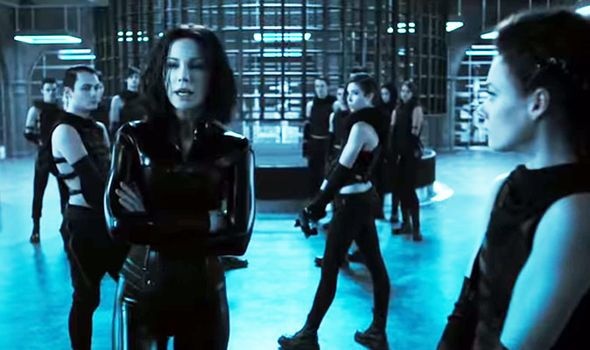 Underworld: Blood Wars represents the eternal struggle between hair and make-up. ‘Hair’ is represented by lycans, werewolves, men becomes wolves and tearing the guts out of those who ask them for a crowd funding pledge. ‘Make-up’ is represented by vampires, the walking dead, destined for perpetual life, so long as they get enough blood. Lycans and werewolves are about as likely to get together as the Jets and the Sharks, but reader, they have. Vamp Selene (Kate Beckinsale) had got busy with a young werewolf and produced Eve, a vampire lycan with a unique blood type. If the lycans get their talons on young Eve, they will have the means to become invincible. But Selena too has special blood. Unlike other vampires, she can walk about during the day, meaning that she is not restricted to the world of on-line shopping.

The first Underworld movie was released in 2003, directed by Len Wiseman, who subsequently helmed the second best Die Hard movie (Live Free or Die Hard), as well as the so-so remake of Total Recall. Underworld made an international star of Beckinsale, who otherwise might have had a career in costume drama, instead of just wearing a leather cat suit. Four sequels followed roughly at three year intervals: Underworld: Evolution (2006), also directed by Wiseman; Underworld: Rise of the Lycans (2009), directed by visual effects specialist Patrick Tatapoulos, technically a prequel; Underworld: Awakening (2012) directed by the Swedes Måns Mårlind and Björn Stein, who also directed the supernatural horror film, Shelter (otherwise known 6 Souls) and now Underworld: Blood Wars. I expect at least one further instalment, entitled Underworld: Pension Plan.

The problem with franchise movies is that they are locked into the template of the original. Normally, by the fifth movie, it would be re-booted with an all-new cast and mise-en-scene, or else we would get the ‘meta’ version, in which a whole new set of characters enter into the Underworld. In locking a series into a template, there are few opportunities to innovate and to react to new trends in horror films; the Underworld series is oblivious to i-phones and internet banking, but okay with machine guns and fast cars. Even without new modern trappings, the series compares unfavourably with Game of Thrones, with its recalibration of the powerful woman in a violent genre world. Underworld looks a bit bland: werewolves and vampires - is that all you’ve got?

The fifth movie is the first to be directed by a woman, Anna Foerster, who had helmed episodes of the TV series Outlander, and has a background in cinematography and visual effects. So we know she can handle castles, men with beards and transformation scenes. The cast comprises Brits on holiday in Eastern Europe including Theo James, best known for the Divergent films with Shailene Woodley. It opens with a brief synopsis: Vampire outcast Selene has sent her daughter away, for potentially her own franchise, far from the grasp of the lycans, represented by Wolfman Marius (Tobias Menzies) who believes that Eve’s blood will give them a competitive advantage. Why the lycans and werewolves cannot settle their differences over a make-over is a mystery. Selene has one ally, David (Theo James) who can get her back into the vampire fold away from those nasty wolves. Selene has not been forgiven for killing the vampire king (Bill Nighy) for his own treachery and after being invited to train raw vampire recruits, she finds herself betrayed by the scheming Semira (Lara Pulver), who wants her blood. Meanwhile the lycans are planning an attack on castle vampire; a wounded Selene heads to the north to find new allies in the form of some hippy vampires – they all have white hair but don’t, as far as I can discern, sing kumbaya. The stage is set for a battle between lycans and werewolves, mostly involving retro furniture and machine guns. 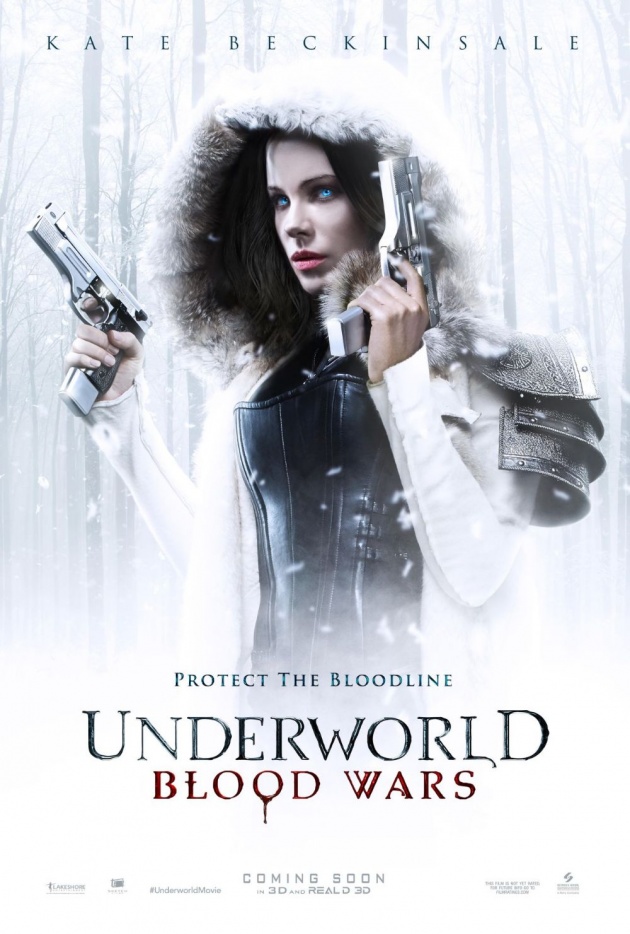 The big question of any Underworld movie is: why should I care? Because Charles Dance’s character is killed in the first third, that’s why, though not during his ablutions as in Game of Thrones (two spoilers in one, soz). Beckinsale is in no mood to let anyone else wear her cat suit. We are supposed to relate to her as a mother, but the film doesn’t engage us with the sacrifices that she has made.

The gimmick of Underworld: Blood Wars is that it is in 3D, so it heralds the first time a woman has helmed a 3D live action movie - funny how this doesn’t feature in the publicity. Given the relatively few things that come towards you on screen (I saw it in 2D), I suspect the use of 3D is supposed to be immersive, that is, to counteract the weaknesses in the storytelling; any good film should be immersive just by claiming your emotional involvement.

Watching Brits argue amongst themselves is something we have seen too much of on the small screen, what with the ‘Brexit’ decision (for the UK to leave the European Union after 43 seasons) and the debate to choose the right sort of Brexit (‘soft’, ‘hard’ or ‘decaffeinated’). It isn’t a novelty. I was hoping for some surprise revelation or at least a novel ‘money shot’; none of which is forthcoming.

Having missed the middle three films in the trilogy, I felt I hadn’t missed anything. I think it is time for Peter Dinklage to enter the fray. Any film can be elevated by Mr Dinklage, except The Boss ...