5G, The Internet of Things and Artificial Intelligence: The Possible Reasons Why The End of Humanity is Coming Soon

Well since we're only currently talking about Artificial Intelligence here in Bitlanders, why don't we talk about the Internet of Things and 5G too? Everybody seems to find it all so exciting without knowing the bad effects or consequences of having it around.

First let me explain each of the three things for those who don't know about them yet. 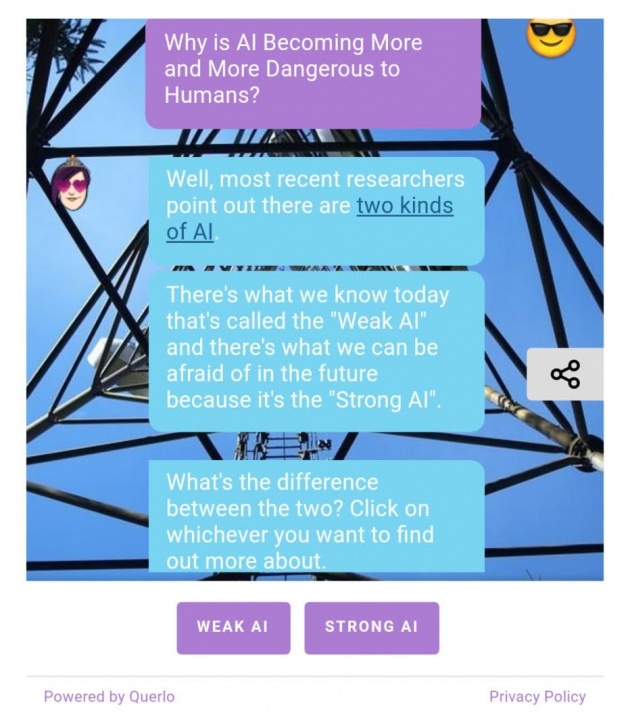 Screenshot taken from Querlo chat: 5G, The Internet of Things and Artificial Intelligence

5G means fifth-generation. It is currently the most advanced cellular wireless technology that will bring the following to digital mobile and broadband networks:

In order to work, 5G networks need to use cell sites from various divided sectors that send encoded data possibly via millimeter waves instead of radio waves. Cell sites also have to be connected via wires or wireless connection so 5G can exist alongside 4G.

As for millimeter waves, these are broadcast at varying frequencies from 30 to 300 gigahertz and have different lengths from 1 to 10 mm. Peak data rate can be up to 20 gigabits per second (Gbps). But wait, I'm getting ahead of myself. Watch this video about 5G technologies.

Internet of Things (IoT) is "everyday objects that can be connected to the internet and be recognized by other devices and contribute info to a database." The devices that make up the IoT range from personal to household, public to private things, business and industrial spaces, and other areas that may not be affected now but will likely be in the future.

Examples of IoT are smart homes where you can turn light or the radio on or off with voice commands, cars with GPS, devices like Alexa or Siri and wearable technology like the Fit Bit. It's more of human interaction plus machine-to-machine communication as the devices are able to receive, send and process data due to the web connection.

Artificial Intelligence (AI) are "intelligent machines" that can work and react like humans and can even outperform humans with certain programmed tasks.

The core problems of artificial intelligence include programming computers for certain traits such as:

Currently our AIs are non-sentient (weak AIs), but what happens if they become conscious like us humans (strong AIs)?

♦ How does 5G and IoT relate to Artificial Intelligence (AI)? ♦

For one thing, it all starts with machines and multiple cell sites and radio waves (or 5G millimeter waves) so everything can be used to get connected online. Once we have internet connection, we can then use sensors on objects to do various things and even access them remotely. With 5G, multiple objects can be used to do things in real time via wireless connection and voice or human action prompts. From 4G we already have IoT, now 5G is dawning on us which then leads to a future (strong) AI.

Yes we already have (weak) AI because of our amazing programmers and 4G internet connection but it's not sentient yet. (Thank God!) AI is basically computers and machinery that supposedly work and react like humans. In order for it to work, of course humans need to create the programs that follow certain protocols for it to even start doing what we humans require it to do. 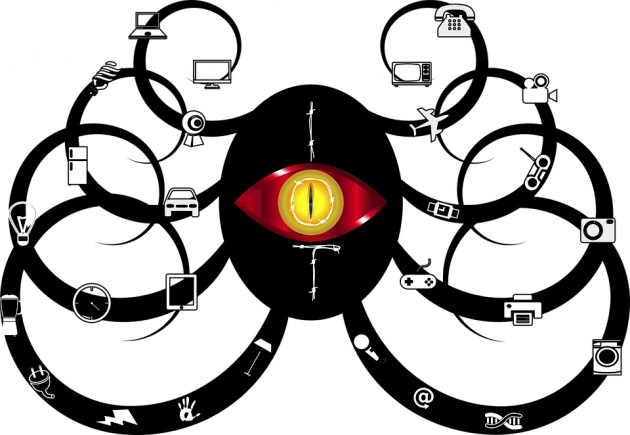 But even recently some people have done experiments on technology that they had to shut down because they could not control it anymore. Isn't that scary?

♦ Why Would 5G, IoT and AI Be Dangerous to Humanity and the World in the Future? ♦

Now that we have the basic definition out of the way, what makes the combination of these three dangerous to Earthly beings? Well, let me tell you about it through the conversational AI chat bot by Querlo, powered by IBM Watson and Microsoft Azure. This is another product of AI but it is still programmed by humans.

The content of this section will be presented to you in a form of conversational Querlo chat bot. There's three topics I will discuss:

Ready, set, go and click on the chat box below!

What do you think about what you learned in my chat box above?

Think about this, Elon Musk wants to cover the Earth with 5G and now you're one of the few people who knows what that will do to everyone on the planet. Why do you think he wants to move to Mars soon? I think it's so he can leave the planet and not be affected when the Earth is soaked in 5G. It will kill everyone slowly starting with the insects and move up slowly through the food chain. All that will happen while we people supposedly enjoy the new high tech life. Imagine 5G plus the current pollution problem and global warming. He'd probably be safer on Mars cause he'd be far away from all the radiation and every bad thing on Earth. But let's not just focus on one guy. Go research on who else is pro-5G/sentient AI and beware of those people.

To reiterate on the dangers of AI and IoT, If you've watched Avengers: Age of Ultron then you should have an inkling as to why it is a scary thing. Another TV show you should watch is Battlestar Galactica (2004). Or has anyone forgotten The Matrix Trilogy?

Why am I referring to TV shows and movies as proof of the dangers of AI? Because those stories are very possible things that can happen in the future. What we can think of, we can do. Whatever we dream of may not happen immediately but if we strive to work hard for it and take action, it can eventually happen! Even Homer who wrote about mechanical tripods in the Iliad during the 8th century B.C. would probably not be surprised of the technology we have today! 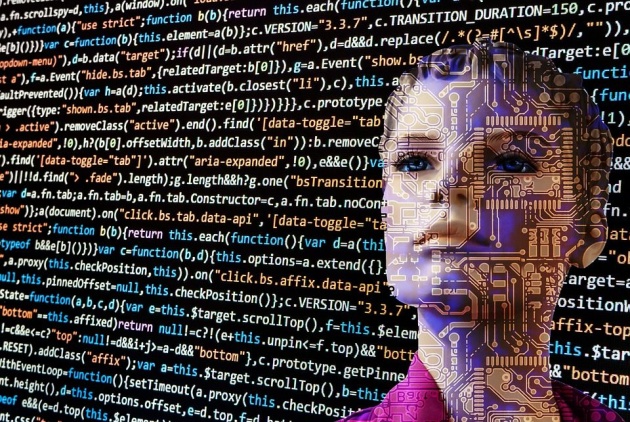 We humans are smart creatures, we're so smart that we can either bring about our own destruction due to our ulterior motives or spread love, happiness and peace in order to ascend our souls. All good intentions can be manipulated by other misguided individuals and bring about humanity's destruction. Would you prefer the latter instead of everyone becoming enlightened individuals who can transcend life on Earth?

It's your choice what you'd like our future to be. Let's not be selfish and think of a better and more human future. Do you want more people to be naturally happier and healthier and eventually ascend to heaven or do you want more humans to be more connected to things and machines rather than other human beings?

I'd rather forget about having all the latest gadgets, machinery and such, we can't bring them wherever we're going when we die anyway. 5G, IoT and sentient AIs are fun and entertaining to watch but that's where I draw the line. No point in creeping ourselves out unnecessarily because of the scary things that can happen involving those three. 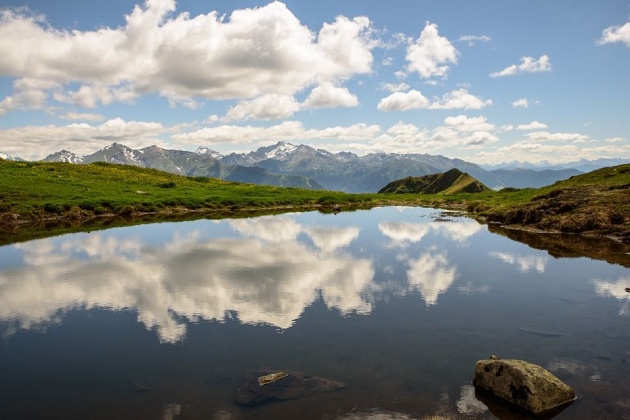 Why should we allow ourselves to be killed slowly when instead we can start cultivating and living a healthier lifestyle and enjoy life on Earth while appreciating the natural beauty of our planet? But of course, it's also up to you to decide where you'd like humanity to go soon. I've made my choice, I hope you do so too.

Other movies and related blogs: