With The Avengers: Endgame still trending and Marvel Cinematic Universe (MCU) movies being rewatched by lots of people, I figured I should do a review on one of the films I rewatched. After all Bitlanders is running an Artificial Intelligence (AI) only blogging theme. I'm happy to write a review about it since it's very AI centered. 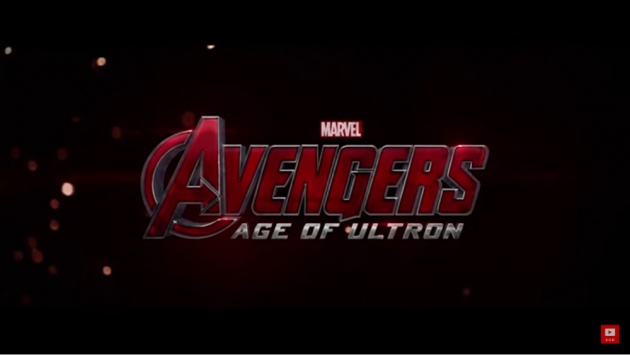 Here are the major cast members.

The Avengers raid the Hydra headquarters in the fictional country of Sokovia where scientists were using the Tesseract scepter Loki had used in the Avengers battle in New York (NY). Hydra agents were able to take it from S.H.I.E.L.D. thus they have used it for experimenting on humans. Only two successful human experiments succeeded: the twins Pietro and Wanda Maximoff. 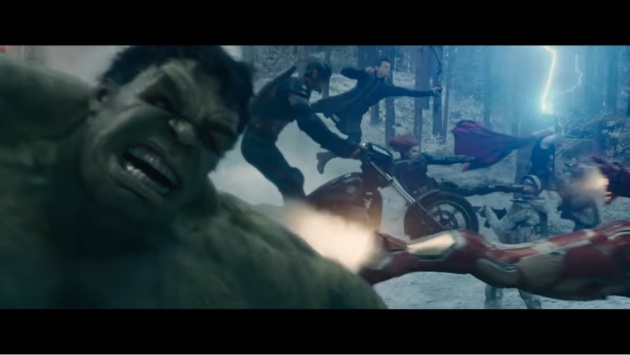 As the Avengers attacked, the Hydra soldiers are almost defeated, thus the twins came out to fight them too. During the fight Wanda messed with each Avenger's mind while Pietro attacked using his super speed. Eventually the Avengers captured the Hydra base and retrieved the scepter.

Tony Stark became obsessed with protecting the Earth against future alien invasion after the Chitauri aliens invaded NY. This made him decide he could also use the Tesseract after finding out it had some kind of AI in it. He convinces Bruce Banner to work on the Ultron project with him for the future protection of Earth. After a while he runs the program and left J.A.R.V.I.S. (Tony Stark's AI assistant) in charge. 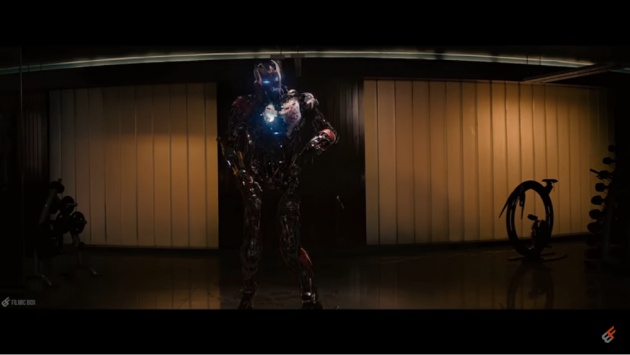 While the Avengers were having a party with friends and colleagues, Ultron "kills" J.A.R.V.I.S. after it "awakens" and takes over a damaged Iron Man suit. It then attacks the Avengers and tells them it will "help save the world". At this point Ultron is fully sentient. Eventually it escapes defeat from the battle via the internet. In the captured Hydra headquarters it ends up creating a new body and a robot army from the Chitauri technology remains of the NY battle.

At the defunct Hydra base he recruits the twins who apparently has a grudge against Tony Stark for the Stark Technology weapons that killed their parents. Ultron also planned on making a better body from Vibranium and synthetic tissue technology. This made them all go for the Vibranium they needed and the scientist friend of the Avengers. Using the scepter, the lady scientist is forced to make a more superior android body of Ultron using synthetic tissue. 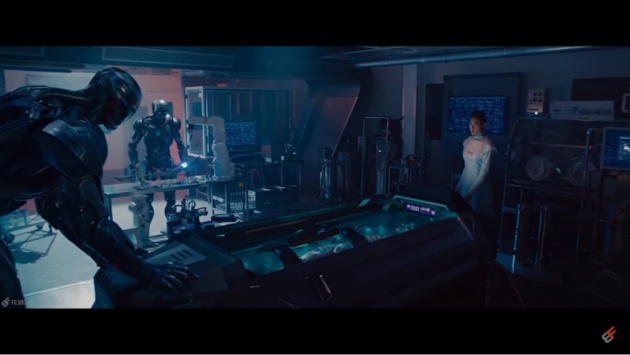 Ultron takes out the Tesseract from its case and reveals it holds the Infinity mind stone.  Now all it has to do is download its data consciousness into the new body. This is how Wanda finally senses what Ultron is thinking of. She gets shocked that it plans to destroy the world.  The twins rebel and leave him.

Meanwhile the Avengers catch up to Ultron while escaping with its new body. They prevent him from transferring itself into the completed android form. Ultron captures Black Widow and escapes from battle. Tony then informs the rest of the Avengers that J.A.R.V.I.S. is "alive." He then decides to secretly upload it into the synthetic body they now have, while everyone else was occupied. Tony gets found out and suddenly Thor comes out of nowhere and activates the body. Out arose the entity which became known as Vision. It also becomes aware of the Mind stone on it's forehead then decides to help the Avengers to stop Ultron from killing everyone.

Long story short, the Avengers, the twins and Vision defeat Ultron and its robot army before it could cause worldwide extinction from Sokovia.

This second Avengers movie isn't as awesome as the first film but it's still better than the rest of the MCU movies.  Most characters are relatable as people we know except for their superpowers and heightened abilities.  The film shows they are still human beings who care for planet Earth and the whole human race in general. This is what makes the story easier to understand, it allows us to relate to most characters' sentiments. 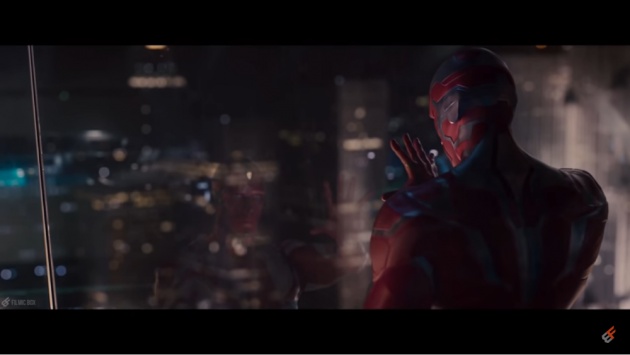 What's fantastic about the film is the large part of the advanced AI technology. Imagine a system becoming sentient without the need to be programmed anymore. Such a scary scenario is explored in Avengers: Age of Ultron. This time, the world threat is the alien yet man-made artificial intelligence brought about by Tony Stark and Bruce Banner.

In this film, we can see the good and the bad aspects of AI. J.A.R.V.I.S. and Vision are the good AI while the misguided Ultron is the evil AI that wants to end the human race to save the world. For me the storyline is a worthy scenario to think about. I'm more into fantasy but the sci-fi aspects of this makes it fascinating. It's a possibly too real and somewhat scary future. This is why I'm not in favor of sentient AIs at all. 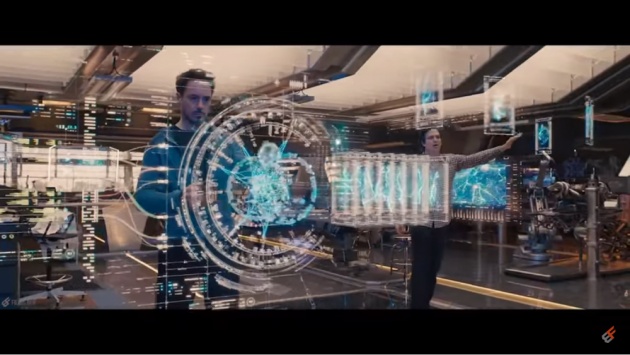 Yes the internet is an amazing place to be in, robots and machines are a very big help to most of us but please don't create things that can be sentient. If out of the "laziness" of humans just to make things easier we create robots and sentient things then what happens next?

Do humanity a favor and don't be stupid to cause our own extinction. Let's hope and pray that we do not end up in a Battlestar Galactica (2004) future.

Think about it, can normal humans compete with something a million times more intelligent than one human brain and more powerful than an army of men? We'd really need superheroes in order to defeat them so it's only right the Avengers are in the movie to save humanity. But what happens in real life? Who will be our Avengers? Will we then resort to using and creating superhumans just to defeat the bad AIs of the future? Come on, there shouldn't even be a need for that if we are careful! Put a fail safe behind the fail safe just to be sure AIs don't bring about the end of the human population. 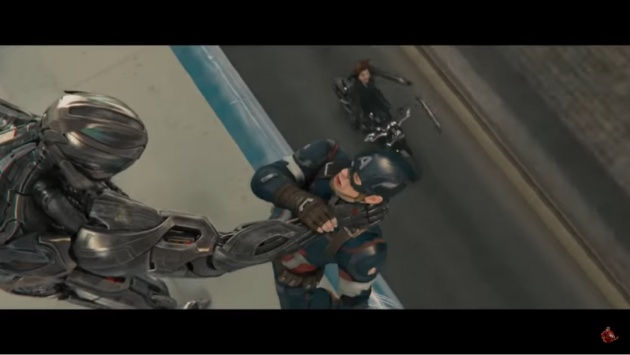 In reality having real superheroes means we have freaks of nature or human experiments and the latter is not something I agree on either. Surely we would need such beings just to defeat badly programmed and sentient future AIs. Otherwise we'd have to resort to future scientists and programmers/hackers to remotely fight any AI. Too bad for us ordinary citizens though, we'd be at the mercy of the bad robots and AIs. It makes me feel weak and stupid if I'd have to fight any sentient machine. I'd rather go back to being a spirit entity, thanks but no thanks to whoever will invent sentient AIs that will run amuck. Psh.

Anyway, at least now we know how the story of, "What if superheroes save the world from an evil alien and sentient AI?" goes. That's the only thing that makes the movie worth seeing. It doesn't have much heart-breaking/gut-wrenching moments but it's enough to make us think of what the future holds if we are not careful. Everything is made with good intentions until someone mucks it up or something goes wrong and it backfires to become harmful to everyone on the planet.

With regards to acting, I say kudos to all of them. It takes a lot of imagination to act in fantasy and sci-fi movies such as this. If you watch behind the scenes footages on YouTube you will be amazed at how they act without the real costumes or body like Iron Man, Ultron and Hulk. Just goes to show they are very talented actors. 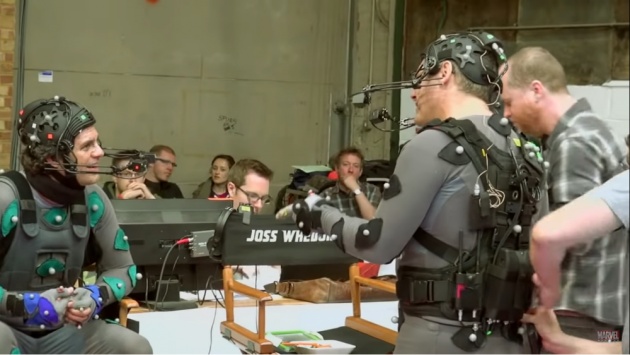 Of course there are lukewarm scenes too but they still ellicit some emotion out of the viewers. We can see the characters' fears, hopes and dreams and it helps to somehow draw us into their fictional world.

All the location sets in different countries, the action sequences they did plus the CGI and props they used are absolutely commendable. Such a large scale production and a big budget film deserves all the praise as it definitely made the movie look like it's really happening in real life.

The visuals are great, the music and the soundtrack is right, what more can we fans ask for? Joss Whedon did a fantastic job even if he didn't feel like he did.

Now we come to the conclusion. Based on the above, I'll rate each separately.

How about you? What do you think of the movie? Love it and hate the AI or not? Share in the comments!

Other movies and related blogs: