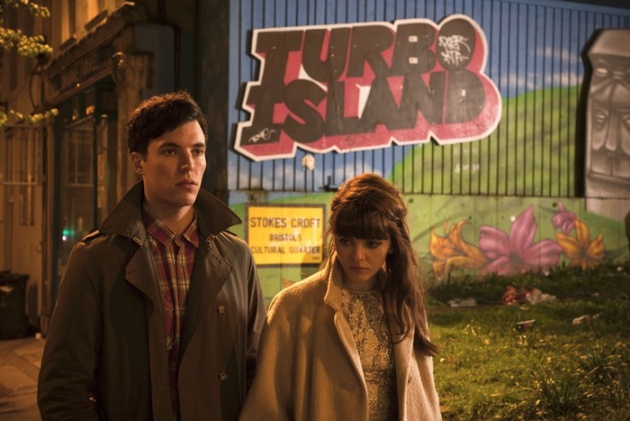 Film reviewers continue to be a bit sniffy about movies crowd-sourced through Kickstarter, Indiegogo and the like, evidenced by the small number who turned up for the screening of 8 MINUTES IDLE at the Soho Screening Rooms (London) on Thursday 19 December 2013. This is a huge mistake. If anything, these web-sites can unlock films stuck in distribution limbo, with filmmakers with ready-made movies using donor’s cash to get their work into cinemas.

Here’s what they need the money for: to buy out any previous distributors who may have local rights; to make digital copies of films; to get the film rated for exhibition; to screen the film to critics; to advertise the movie; to administrate box office revenues and to return funds to the original project backers.

Why are reviewers so dismissive? Because they treat the source of a movie’s financing as evidence of its integrity. If a company has backed a project, it must have gone through some form of quality control. If a leading production company didn’t back it, then it must be poor. The filmmakers cannot be competent. The cast must consist of non-professional actors. Why are you wasting my time?

If there is a cereal called ‘Wrong-o’, then these reviewers must eat it by the box-load.

Production companies do the numbers. They look at a project and calculate how much it will make domestically and internationally using best-case scenarios. Yet if you think about the films that you or I love, these numbers don’t exist. Ultimately, all funding requires a leap of faith. Filmmakers score cash by communicating an idea. It doesn’t mean they are talented or that they can realise their pitch.

Film artists unable to raise cash through conventional means turn to a different model, that is, one that doesn’t pretend to guarantee profits.  What you get for your small donation is the opportunity to see the film, maybe get a tee-shirt. Maybe you even get your name on the credits. There is a perverse form of honesty to this approach. Most films don’t make money. What donors give to the filmmaker is the opportunity for him or her to see their work reach an audience, to experience an independent collective response. It’s a small thing and nothing to do with having made the next BLAIR WITCH PROJECT or PARANORMAL ACTIVITY.

There is no reason why crowd-funding involvement cannot guarantee a profit for its makers, if the film is then sold internationally or it is acquired by a bigger distributor for DVD or pay-per-view (Video on Demand) release. But the funders who responded to the cry for help won’t see it.

That isn’t the point. You contribute to a film because you want to help. The amount you give is very small. I liken it to buying a round of drinks for a group of people whose company I share temporarily but whom I never see again. (Admittedly, though, I’m not one for pubs.)

8 MINUTES IDLE is a film that was quality-controlled. Its £350,800 budget (estimated) was properly raised. It has a name cast (including Tom Hughes, Montserrat Lombard, Ophelia Lovibond, Paul Kaye and Pippa Haywood), makes good use of its Bristol locations – it made me want to visit. It is based on a novel by Matt Thorne, about a call-centre worker (Hughes) made unexpectedly homeless who decides to sleep at work and finds that he has to fire the girl (Lovibond) that he is in love with. It has appealing performances and set pieces. What the makers didn’t expect was that its distributor, Revolver Entertainment, would go belly up. As an asset it had to be disposed of, and now its producers, iFeatures have raised the cash, with matching funds from Kickstarter donors, to release it in February 2014.

How 8 MINUTES IDLE will fare will depend on cinema chains willingness to take the movie. Perhaps it will not get much of a release outside Bristol. I hope that it will at least get the shot at the multiplexes given to THE TO DO LIST or DRINKING BUDDIES; maybe one screening a day. I would definitely recommend it as a potential SLACKERS CLUB student screening (maybe at reduced price rather than free). How about it Picturehouse?