Cellphone, the mobile has revolutionize the present era in  a  Very strangfull manner.it has very vast uses which play an important role in day to day life, every field of life is affected by it because it has many applications in it .21st century

Is really surprised by it .it has led to start a new period in our planet that has uprooted the old fashioned.

The mobile which is using these days among people for the purposes which has become different now a days from past when mobile was first launched ,the most of the youth using the mobile for luxury because the mobile these days have a lot of features which was not present previously such as wifi,Bluetooth,games ,songs,hd camera,video songs,touch screens ,facebook ,twitter,skype and internet facility and most importantly the facebook.

Thus these features makes the mobile complicated and now the youth using the mobile for luxury .for the style fashion and showing their status and a persons which don’t have cellphone consider as unfashionable,every person including children of ages (8-12) having this device and now the mobile phone become too much necessary in our daily life ,but aside from those features describe above it have negative impacts upon the kids and it creates hurdle in their studies but on other side the mobile phone has dictionaries which help them to find the meanings of diificult words in their course.

The manufacturer of different companies made the mobile phone so cheaper that it is highly  to everyone depending upon the features .now a days ,the youth have so much craze about the mobile phone that they use them as a part of fashion and they change their mobile phone frequently ,but due to different techniques of marketing ,like sms packages and callfree after 4 minutes ,lowest call rates at night 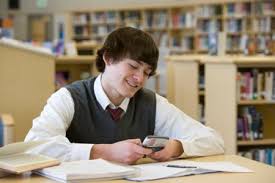 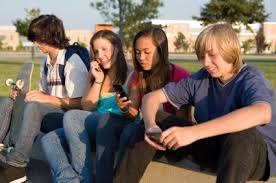 It makes the students stuck to  the mobile phone mostly

The call rates packages after the midnight proves to be very harmfull because the students do not get proper sleep and texting whole night with their friends and along with it the writing and the grammer level of the students are worse, the different packages not only spoiling the students daily life routine but the use of different shortcuts have bad impacts upon the students spelling skills ,the use of “u” instead of you ,lols etcv 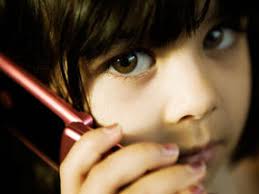 The actual use of mobile have been forgotten and it has now become luxury item instead of  a necessity of life.

In part of this bad impacts upon the students life ,the new features such as video calls,skype,line,viber and office tools made different tasks easier for the business man they continue their business deals etc any where along with their daily works

my name is haider nawaz .....I m the student of final year MBBS here in khyber medical university....

For the people who work online as a tutor, Skype account is important in order to be qualified for t…