Afghan Proverbs in Psychotherapy and Counseling: An Interview with Arian Rashid 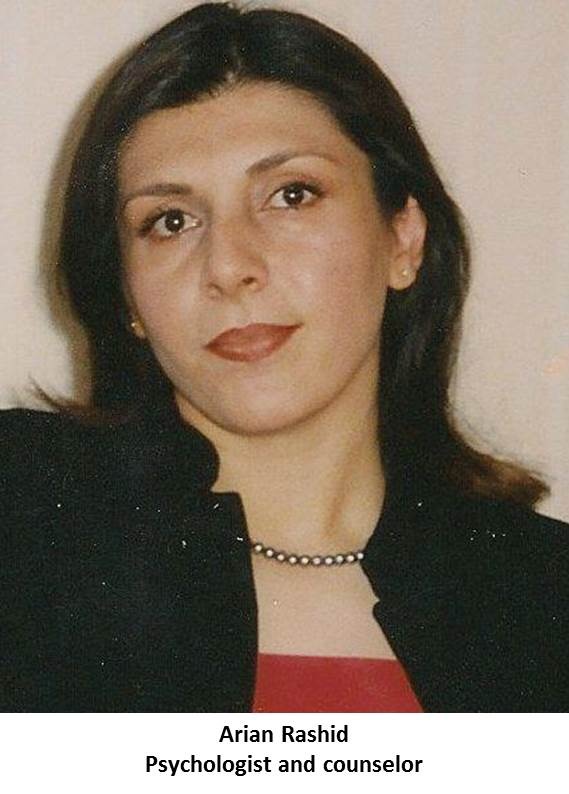 Introduction:  I’ve heard Afghan Proverbs used in a thousand ways.  In high-stakes negotiations inside Afghanistan’s Presidential Palace. In friendly conversations over many cups of chai. Shopping in the bazaar. Picnicking in the mountains. Teaching kids how to read in both Dari and English.

I heard and used Afghan Proverbs everywhere I went in Afghanistan. That’s why I wrote a book translating 151 of them from Dari into English. It’s why an illustrated children’s edition has been published in eleven languages, with more editions coming soon.  Interest around the world in Afghan Proverbs has been high, and a new edition of 151 Pashto Proverbs ("Mataluna”) will be published in early 2014.

I also know that the books are now being used in Sweden and Greece to help new Afghan immigrants with language and social integration. But with all this work on Afghan Proverbs, I had never heard of using them medically in psychotherapy and counseling until I met Afghan-American psychologist Arian Rashid.

I was stunned when Rashid explained how she has used Afghan Proverbs for years as a therapeutic tool with her clients. After she told me, it seemed so obvious and natural. I wanted to know more.

Arian Rashid was born in Kabul.  Her mother was a teacher, and her father was a respected professor at Kabul University and a judge at the Ministry of Justice.  Soon after attending Kabul University in the late 1970’s Rashid fell in love, got married, and moved to England for what she and her new husband thought would be a temporary work-related stay. 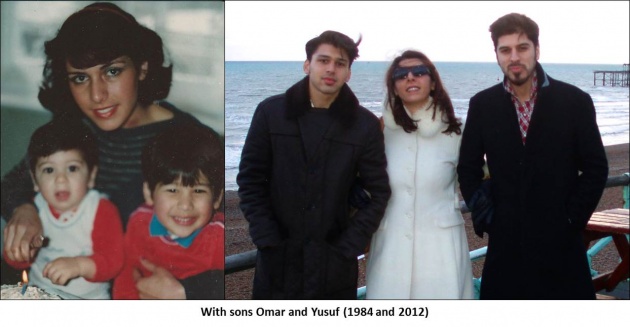 They hadn’t lived long in England when history intervened.  When the Soviets invaded Afghanistan in 1979, the young family’s “temporary stay” in England became a permanent one.  Rashid decided to be a stay-at-home mom until her two sons became teenagers.  Then she went back to university, received an MA in Analytical Psychology from the University of Sussex, and worked as a therapist and counselor in England for years.  After 23 years in England, she moved to the United States for advanced studies in psychotherapy at Johns Hopkins University.

Rashid has been a therapist and counselor for almost twenty years, and she specializes in treating immigrant and refugee populations.  The majority of her clients have been diaspora Afghans dealing with depression, anxiety, adjustment problems, post-traumatic stress disorder (PTSD), and other serious mental health issues.

Film Annex:  Ms. Rashid, tashakur تشکر  for speaking with us about your fascinating work with Afghan Proverbs in psychotherapy and counseling.

Arian Rashid:  With pleasure, Dagarwaal Zellem.  دگروال  زالم   I’ve been using Afghan Proverbs in my practice for years, and I am so glad you published your own collection of Afghan Proverbs to share with the world.  I’ve really enjoyed your books both personally as an Afghan, and professionally as a psychologist and psychotherapist.

FA:  You began including Afghan Proverbs in your practice as a therapeutic technique many years ago. What gave you the idea for that?

AR:   Good communication is the key to good therapy.  For therapy I developed a professional “menu” of graphic language, metaphors and proverbs, and I used all three of these means to communicate.  Because I am a native-born Afghan and speak Dari and Pashto,  whenever I found myself in empathy with a client the right Proverbs would come to mind without much effort.

As a therapist, I discovered that using Afghan Proverbs and metaphors with my clientele of native speakers made my relationships with them stronger because it deepened our relationships.  It helped me concisely understand a way of thinking and a collective wisdom with which I could identify.

Of course, I also grew up hearing Afghan Proverbs that were directly connected to Afghan culture, so this approach came rather naturally to me.  You saw this yourself in Afghanistan, Edward – Afghans use proverbs and metaphors a lot when they speak. 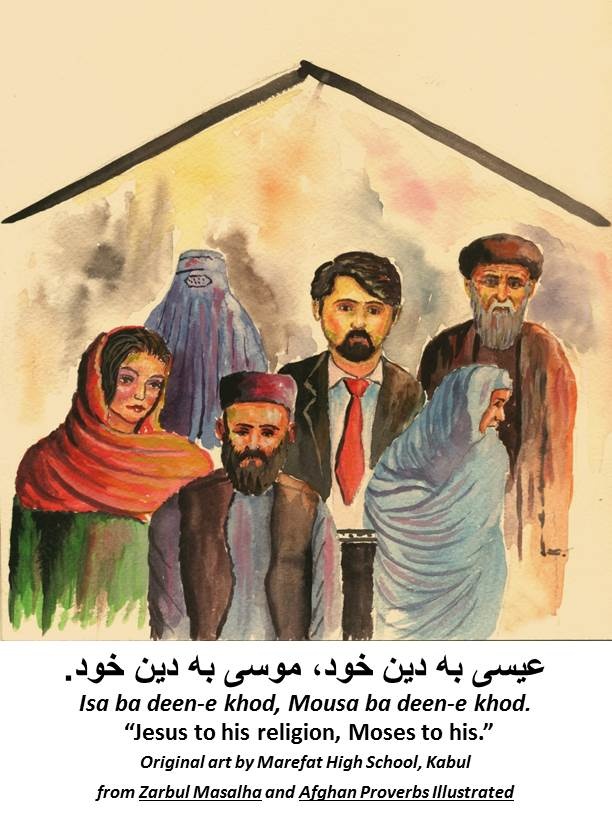 FA:  How are Afghan Proverbs useful in therapy and counseling?

AR:  Proverbs provide powerful and useful messages for both the client and the counselor. They not only help the client to identify problems concisely, they help the unconscious become conscious.  As the therapist, this helps me to speed the therapeutic process. I have found that it is very important to identify problems and remedies as quickly as possible; there is no time to waste. The sooner I can identify a client’s problems and begin working to resolve them, the less dependency for the client.

Using Afghan Proverbs in conversation with a client can help a lot with this.  The right proverb can help a client see the depth of his or her problems very directly, and can help take these insights further.  One benefit of using Proverbs is that the client instantly knows where the therapist is in terms of empathy.  Another is that the therapist can see by the client’s response to a Proverb whether the client wants to elaborate on a particular subject.  So Proverbs in this way not only help crystallize and identify problems, they also help speed the treatment process.

However, it is important to note that like everything in therapy, a trusting relationship between the therapist and client is the key.  Only after that trust has been established, and after the therapist has an in-depth knowledge of the client’s difficulties, can Proverbs be used appropriately. 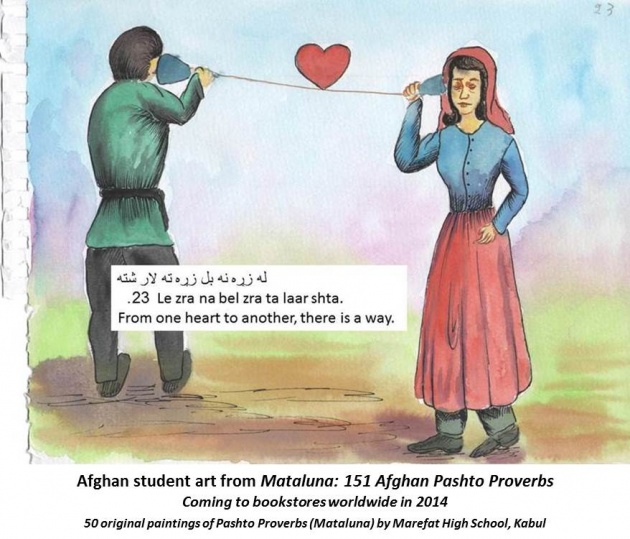 FA:   Why do you think it is effective to use a culture’s Proverbs in counseling people  of that culture?  Does it always need to be done in the native language?

AR:  I think the beauty of using Proverbs and metaphor is that they not only make the learning process quicker, they enrich it at the same time.  It feels good to hear a Proverb that one has grown up with, and hearing new ones also adds to our knowledge in a multicultural way.

I still remember when I first heard the American Proverb "The squeaky wheel gets the grease” here in the United States.  It was very different from the traditional way of Afghan culture, i.e. being patient, showing respect and silence.  When I use this proverb with my clients, it teaches them something about the culture of their host country and how it operates.  So Proverbs can be a great tool of acculturation too.

I think it is of paramount importance to use culturally-bound proverbs, especially in the cases of people who have been traumatized by war such Afghans and Iraqis.  When possible, it is most effective to do this in the native language of the client.  But therapy in general is a process of learning.  So it also can be valuable to translate Proverbs into a second or third language to convey meaning, and to help the client get another frame of reference. It’s all about communication.

FA:  Can you give us some specific examples of Afghan Proverbs that you have found to be effective in counseling and therapy?

AR:   Proverbs are useful in therapy a variety of ways, depending on the situation.  Here are a few examples: 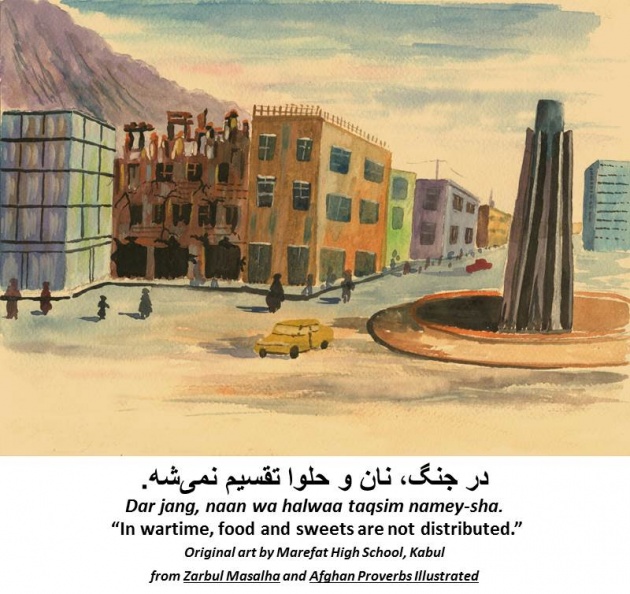 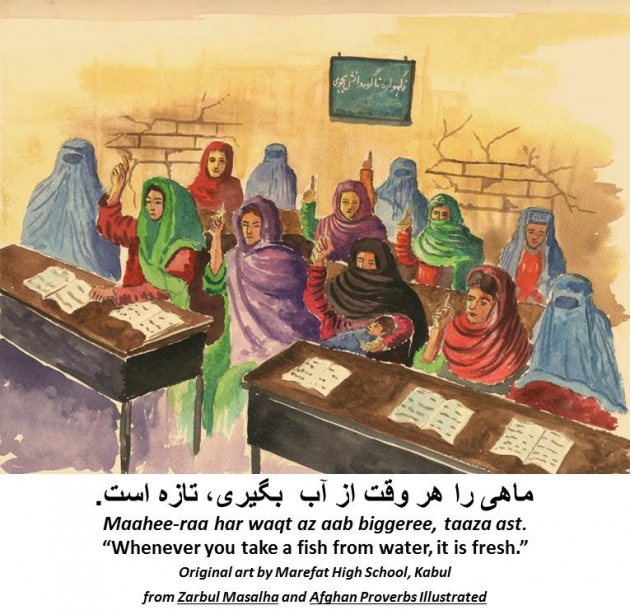 FA:  Thank you, Ms. Rashid.  This is a fascinating and very important subject.  Zenda bosheyn!   !زنده باشین   We look forward to learning more about your work in Part II of our interview.

To be notified of new Afghan celebrity and thought leader interviews with Edward Zellem, click the green "Subscribe" button at the top of the page.