This banknote republished in next year but in different color and exist changes in serial number. And in that year different money published for price of 5, 50, and 100 Kabuli Ropya and this money vogue since 1304solar year.

With came of corrections, Afghanistan measure exist to form of metric system in and after this history the Afghanistan unit change from Ropya to Afghanis. And the first money with Afghanis unit published for price of 5 Afghanis in 1304solar year and since 1307solar year and latest Amany's government. 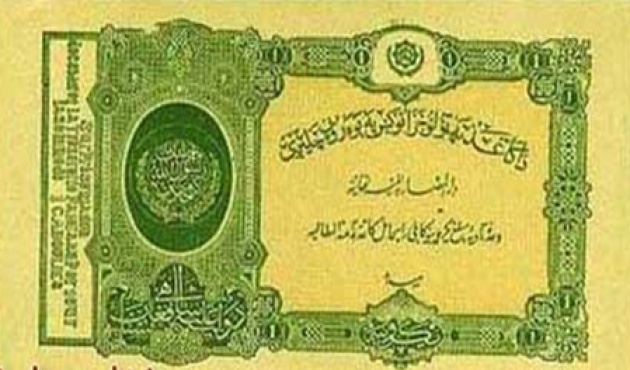 Zaher Shah Age: Zaher Shah came to power in 1312 solar age in Afghanistan, after one year established national bank with 5/3 million dollar in Kabul. Simultaneously with established this bank the first Zaher shah monies published. And this money published with 2, 5, 10, 20, 50, 100, Afghanis.

Dawod Shah: Dawod Khan came to power in 1352solar year, he use presidency symbol instead of kingship symbol.

After Dawod shah kingdom, the communism period started, and Afghanistan monies change in their period their symbol in their monies symbol was agriculture industrial symbols example:

And after communism period; the Mujahideen period came to power and they don’t have any especially money and After Mujahiddeen exist Taliban regime and they achieve power in Afghanistan. And also they use from Mujahidden monies.

And after that the banknote of Hamed Karzai age the monies published with secure Hvlv Gramhay. And monies of Hamed Karzai period has some changes with another monies in other period  and only they change from color and phrases.