According to the recent researches, Afghanistan owns one thousand four hundred different kinds of minerals that are high-value from economics perspective. As the researchers and scientists says, the high quality and quantity mines of  the country could be the best choice to save it from under developing and step toward the developing. 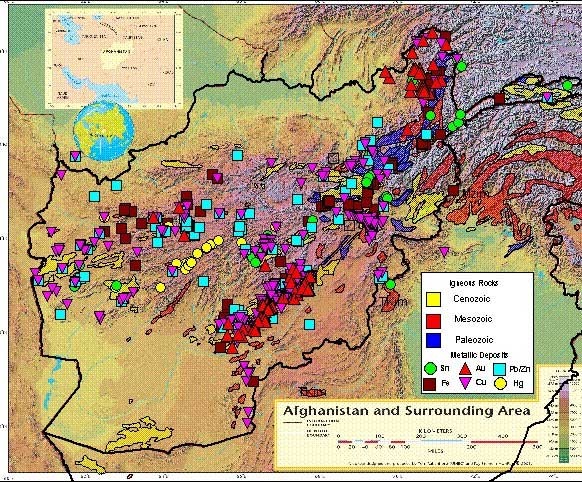 Some months ago, the officials of mines and industry ministry of Afghanistan discovered immense stockpile of gold and uranium in the western province of Herat that is possible to earn one kilogram of net gold from every tone of stone.

Based on the recent immense discovery of mines, the mines and industry ministry of Afghanistan signed a contraction with NASA organization of The United States of America in value of 36 million dollars to survey different part of the country for the mines. According to the contraction, the NASA Organization surveyed 32 provinces of Afghanistan, except Badakhshan in the northeastern and Hilmand in the south. They evaluated the value of the mines in Afghanistan more than one trillion US dollar.

By exploiting the mines, Afghanistan could take its appropriate economic place and is going to be one of the richest countries in world. The people’s life sociably and economically will be changed completely and the country will join to the developing countries of the world. But, it needs to huge investments to bring basic investments in the welfare of public.

The most important mines are including Iron, Copper, Coal, gold, oil, gas, rare metals as lithium, precious and semi-precious stones. Lithium is  rare and precious  with more usages in the new technology, as battery, mobile, laptop and other electronic accessories.

Please subscribe to my blogs to get new updates.